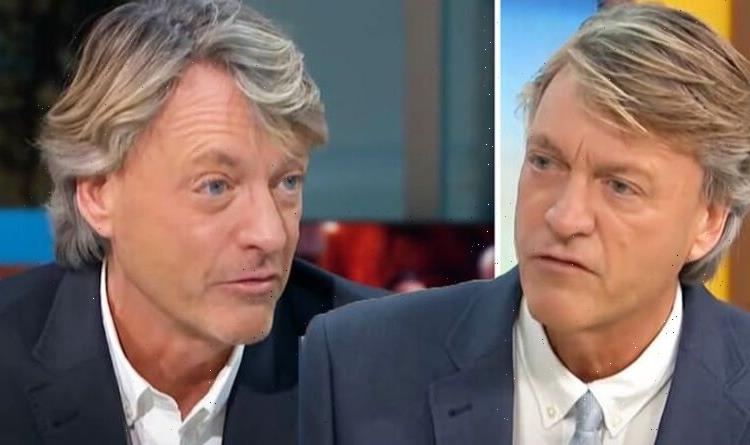 Good Morning Britain guest host Richard Madeley has revealed that he isn’t sure about his future on the popular ITV show. The star’s comment came following the backlash he faced after an interview he conducted about an oil protest which was slammed as “patronising”.

Although who knows how long that’ll go on for

In a new interview, the star, 65, spoke about working with his wife Judy Finnegan on their projects and running their Book Club and podcast.

The TV personality went on to reflect on his solo work, which at the moment sees him guest host on GMB with Susanna Reid.

However, Richard candidly admitted that he isn’t sure how long he’ll last on the programme.

He said: “But in terms of what I do on my own, which at the moment is Good Morning Britain, although who knows how long that’ll go on for.

“I’m doing it month to month at the moment and I’m very happy to.

“I quite like operating at that level, I’ve had my main career curve,” he revealed.

“But I enjoy it, I enjoy doing it,” he said to Kate Thornton on her podcast, White Wine Question Time.

He went on to gush over Judy for “understanding” what he’s talking about when he returns home after a day at the GMB studio.

It comes after the star’s comments about a recent interview with climate activist Miranda Wheelan were met with backlash.

Match of the Day presenter Gary Lineker shared a tweet from Greenpeace which condemned the “shocking” interview as well as Richard’s interviewing skills.

Gary told his 8.4 million followers: “Seeing the interview in its entirety is sickening, but at the same time the bullying & patronising nature of it is getting plenty of coverage for what is the most crucial time for our future existence on this planet.

“Only one person came out of this well & that’s Miranda Whelehan”.

In a later tweet, Gary penned: “The protest, whether you agree with them or not, got the eloquent young woman on to national television to talk about the likely catastrophe.

“Madeley is deeply patronising and dismissive of someone who understands their future is in grave danger.

The TV pundit concluded: “Desperate times and all that….” (sic)

During the interview, GMB host Richard branded the slogan “childish”.

However, Miranda responded that she thinks the answer is, in fact, “very simple”.