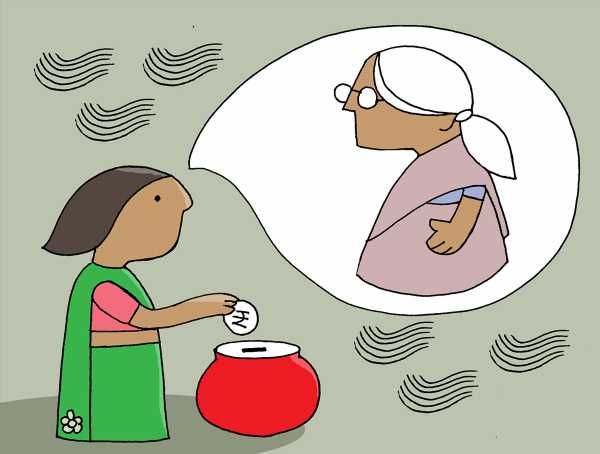 Saving for your future, older self is one of the main reasons why you should invest.
Since one day you will either be unwilling or unable to work, investing allows you to have a pool of resources you can draw upon in old age.
An enlightening excerpt from Nick Maggiulli’s Just Keep Buying.

Three reasons why growing your money is more important than ever before.

The concept of retirement didn’t exist until the late 19th century. Before then, most people worked until the day they died. No golden years. No new hobbies. No long walks on the beach.

But in 1889 the Chancellor of Germany, Otto von Bismarck, changed that by designing the world’s first government sponsored retirement program. At the time, those over age 70 became eligible to receive government income.

When asked why he created such a program Bismarck replied, “Those who are disabled from work by age and invalidity have a well-grounded claim to care from the state.”

Though the retirement age in Germany was initially set at 70, it was lowered to 65 in 1916.

Bismarck’s revolutionary idea would eventually be the inspiration for government-sponsored retirement programs across the globe, including in the United States.

Why did such an idea take the world by storm? Because people started to live longer.

In 1851 only about 25% of people in England and Wales survived to age 70. By 1891, that number had reached 40% and today over 90% of people make it to age 70. Similar increases were seen in the U.S. and other developed countries over the same time period.

This large increase in global lifespans was the catalyst for our current idea of retirement. And with the creation of retirement came increased demand for investing and preserving wealth.

Before this time, there was no need for investing simply because there was no individual future to invest for. But, advances in health and medicine over the last 150 years changed all of this.

In this chapter we will cover the three primary reasons why you should invest:

1. To save for your future self.

2. To preserve your money against inflation.

3. To replace your human capital with financial capital.

We will review each of these ideas in turn and discuss why they are important for your personal finances.

1. Saving for Your Future Self

As we just discussed, saving for your future, older self is one of the main reasons why you should invest. Since one day you will either be unwilling or unable to work, investing allows you to have a pool of resources you can draw upon in old age.

Of course, it can be hard to imagine an older version of yourself, because that person can feel like a stranger. Will they be like you or will they be vastly different? What experiences might shape or mold them? Would you even get along with them?

For example, one experiment had a group of people look at “age-progressed renderings” — digitally aged photos — of themselves to see whether it had any impact on how they allocated money to retirement. It did!

Individuals who saw the older versions of themselves allocated about 2 per cent more of their pay (on average) to retirement than people who didn’t see such photos. This suggests that seeing a realistic older version of yourself may be helpful in encouraging long-term investing behavior.

Other researchers came to similar conclusions when examining which motives had the biggest impact on saving behavior. They found that, besides saving for an emergency, those who cited retirement as a savings motive regularly saved more than those who didn’t.

This means that other financial goals like saving for your children, saving for a vacation, or saving for a home were not associated with improved savings behaviors. However, saving for retirement was. The researchers found this to be true even when controlling for the standard socioeconomic indicators such as income.

Income is one of the biggest determinants of savings rate. However, this finding suggests that, even when we control for income, those who use retirement as a savings motive are more likely to save regularly than those who don’t.

Therefore, if you want to save and invest more, be selfish (especially towards your future self). But, your future self isn’t the only reason to invest your money. You should also invest because of the financial forces that are working against you every day. As Henny Youngman once said, “Americans are getting stronger. Twenty years ago, it took two people to carry $10 worth of groceries. Today, a five year old could do it.”

Unfortunately, Youngman wasn’t talking about the increasing strength of American youth, but about the declining value of the US dollar. Youngman’s joke highlights why inflation, or the general increase in prices over time, is an unavoidable reality.

You can think of inflation as an invisible tax that is paid by all the holders of a given currency. The holders pay this tax year in and year out without even realizing it. Their grocery bill slowly climbs, maintaining their property and vehicles gets more expensive, and the cost of their child’s education increases each year. Meanwhile, has their pay gone up to offset these increased costs? Maybe it has. Maybe it hasn’t.

Either way, the scourge of inflation continues unabated. And while the effects of inflation are usually small in the short run, over longer periods of time they can be quite significant. This implies that the prices of everyday goods should double every two to three decades, under modest levels of inflation, and far more quickly if the inflation rate is higher.

A more extreme example of inflation (hyperinflation) came from Germany’s Weimar Republic following the end of WWI. The inflation rate got so high during certain periods that prices would often change throughout the day.

As Adam Fergusson described in When Money Dies: “There were stories… of restaurant meals which cost more when the bills came then when they were ordered. A 5,000-mark cup of coffee would cost 8,000 marks by the time it was drunk.”

While these kinds of situations are rare, they illustrate the damaging effects of inflation when taken to an extreme.

However, there is an effective way to fight back — investing. By owning assets that preserve or grow their purchasing power over time, you can successfully counteract the effects of inflation.

For example, from January 1926 to the end of 2020, $1 would have needed to grow to $15 to keep up with inflation. Would investing in US Treasury bonds or US stocks keep up over this time period?

This illustrates the power of investing to offset the effects of inflation to preserve and grow your wealth.

This is especially true for retirees, who will be forced to pay higher prices without the benefit of earning higher wages. Since retirees don’t work, their only weapon against inflation is asset appreciation. Keep this in mind, especially as retirement approaches.

In full, while there are some good reasons to hold cash (emergencies, short-term savings, etc), in the long run holding cash is almost always a bad bet because of inflation’s annual toll. Therefore, if you want to minimize the impact of this toll, invest your non-emergency cash today. The last reason why you should invest your money is to replace your human capital with financial capital.

We defined human capital as the value of your skills, knowledge, and time. While your skills and knowledge can increase throughout your life, you will never get more time.

As a result, investing is the only way in which you can fight back against the march of time and turn your diminishing human capital into productive financial capital. Financial capital that will pay you long into the future.

Excerpted from Just Keep Buying by Nick Maggiulli, with the kind permission of the publishers, HarperCollins Publishers India.