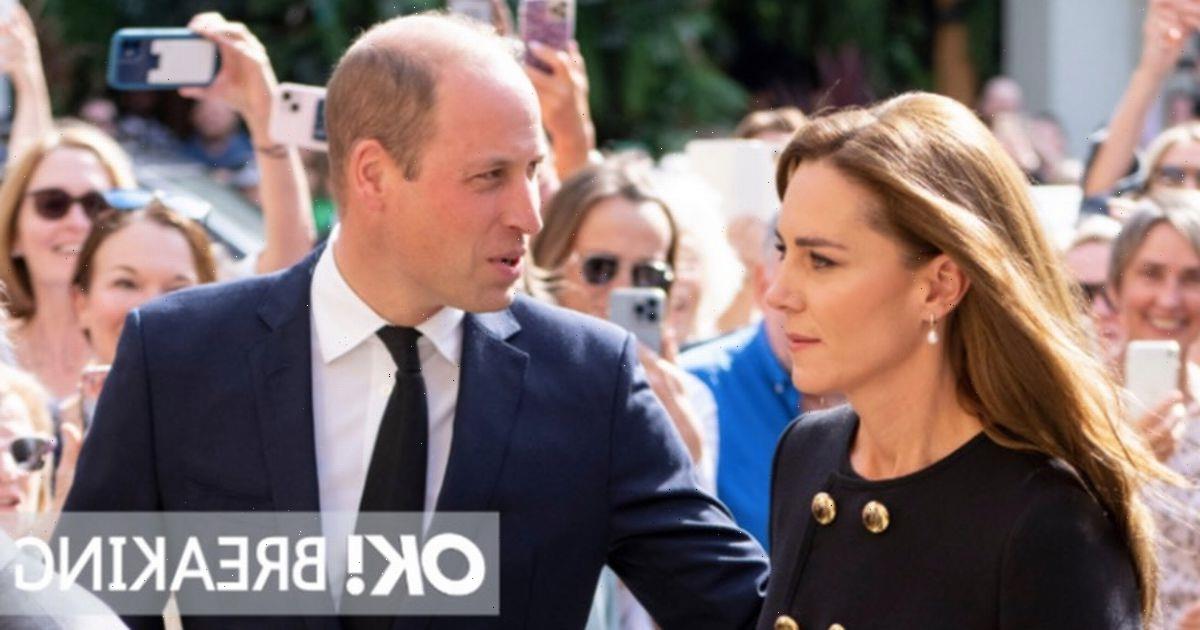 Prince William and his wife Kate, the Princess of Wales have paid an emotional and heartfelt visit to the staff and volunteers at Windsor Castle who were involved in the Queen’s committal service at St George’s Chapel, on Monday.

Arriving at the Windsor Guildhall, the royal couple appeared to be both gracious and emotional as they offered their personal thanks to all those that supported the unprecedented crowds of mourners that had gathered to pay their respects to the late Queen.

Dressed once again in black, as the royal mourning period continues, William and Kate spent several minutes meeting the dedicated team of staff.

Vice Lord Lieutenant Graham Barker and Windsor council’s lead royal funeral planner introduced the Prince and Princess of Wales to staff and volunteers representing different sectors that supported the crowds that turned up to commemorate the Queen.

The outing marks the first public engagement for the pair since The Queen’s funeral on Monday.

The engagement is also one of their first since William became the heir apparent and became known as the Prince of Wales, after the death of his grandmother and the accession of his father, Charles, to become the King.

The Wales’ aren’t the only ones to be spending time thanking staff involved in the funeral either, as both Prince Edward and Princess Anne are also undertaking similar assignments on Thursday.

Just three days on from bidding a final farewell to his mother, The Earl of Wessex is visiting Estonia and Germany in his role as Royal Colonel of 2nd Battalion of The Rifles and Royal Honorary Colonel of the Royal Wessex Yeomanry.

This trip includes thanking members of 2 Rifles for their service to the Queen at Camp Tapa, Estonia, and visiting troops on deployment from the Royal Wessex Yeomanry at the Normandy Barracks in Paderborn, Germany.

The Princess Royal meanwhile, has set off to Portsmouth Naval Base to meet Royal Navy personnel who took part in the funeral procession earlier this week.

Anne will also visit St Omer Barracks in Aldershot to meet personnel who played a central role in providing logistical support during the funeral.

Over 10,000 military personnel were involved in the meticulously planned funeral proceedings of The Queen this week, with countless more volunteers and members of palace staff also lending their efforts to make sure the event ran smoothly.

For the latest showbiz reports and breaking news visit http://www.ok.co.uk/celebrity-news.