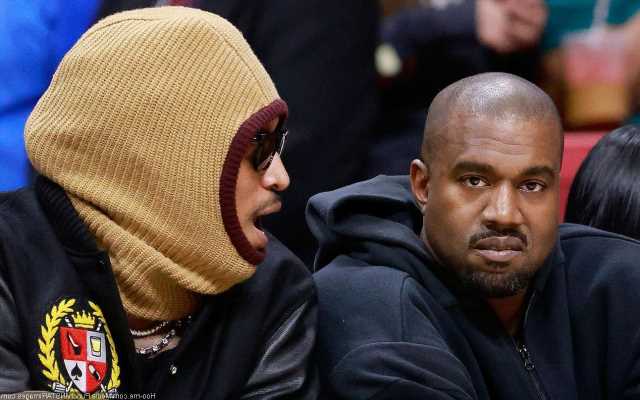 In a candid interview, a woman named Aliza Jane claims that she was invited by Ye to come to the studio only to be told to take off her clothes and dance for everyone there.

AceShowbiz – A woman has made a jaw-dropping claim about her interaction with Kanye West and Future. A woman named Aliza Jane has gone viral after sharing her story about allegedly twerking naked for the rappers and their friends.

During a candid interview on “Sofia with an F Podcast”, Aliza name-dropped Ye as she recalled the night she was invited by the Yeezy designer to Future’s house. She said the Atlanta spitter was recording his album “Donda 2” at the time.

Aliza revealed she received a text message from Ye telling her to “come over to Future’s house. We’re in the studio.” Admitting that she was excited because she “wanted to see them make music [and] I wanted to show him my music,” she accepted the invitation.

But things didn’t turn out as she had expected. “So, I pull up there, it’s at Future’s house and he literally just has me come in the studio and get butt-a** naked and just twerk in front of him and all his friends,” Aliza recalled.

Aliza clarified that she was offered drinks and they did try to make her feel comfortable before asking her to take all of her clothes off and dance. “He was working on his album, ‘Donda 2’, so like, it was loud,” she added, claiming, “I just wanted to be a fly on the wall. That’s what I thought I was gonna do.”

During the interview, Aliza also said that Ye was her New Year’s kiss, but she ended up having him blocked her. She said that she pissed off Ye when she told him that she wanted to f**k Pusha T in an attempt to piss off Drake. She said she used to f**k Drake, but the Canadian star then allegedly changed his number because of her.

“And I didn’t think he would be like jealous because he hooked me up with Future,” she said of Ye, accusing him of passing her to his friend. “So I’m like why would you care that I wanna f**k your friend? He like passed me to the homie. So why would you be mad? I don’t know.”

Neither Ye nor Future has responded to the woman’s story.