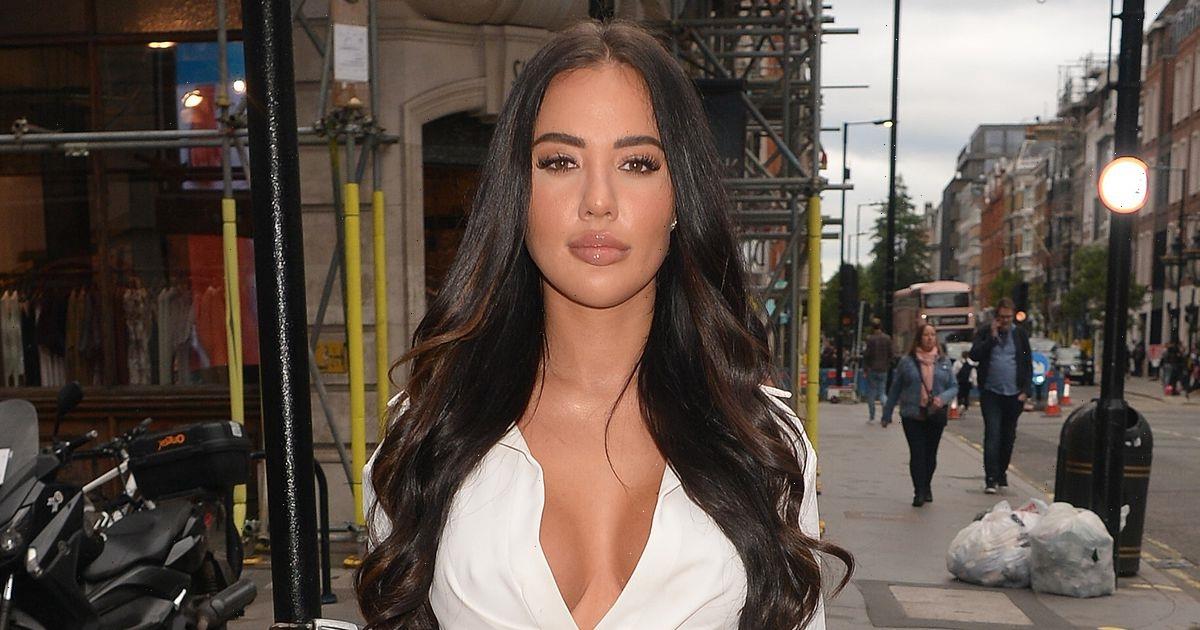 Yazmin Oukhellou has been pictured returning home with her arm in a sling after a horror car crash in Turkey left her with serious injuries, and tragically killed her ex boyfriend Jake McLean.

The Only Way Is Essex star was in the car with Jake when it veered off the road and off a cliff.

Jake, 33, was understood to have been driving at the time when he lost control of the car in Bodrum, south-west Turkey.

Yazmin, 28, was rushed to hospital after the ordeal, but sadly Jake wasn’t able to be saved.

It’s believed Yazmin had to undergo surgery for her injuries as a result of the accident.

An official from the Turkish Prosecutors Office in Bodrum said that Jake is estimated to have been driving at “well over” the 40mph speed limit. Jake’s mum, Anita Walsh, flew over to Turkey last week, and officials were planning to speak to her in further detail as they attempted to establish the circumstances surrounding the crash.

Almost two weeks on from the harrowing ordeal, Yazmin has arrived home to the UK as has been spotted wearing an arm cast and a sling.

In snaps obtained by Mail Online, the 28 year old’s cast is shown going all the way up her arm and over her elbow.

Yazmin understandably looked downcast in the photos while wearing black leggings, a black Givenchy t-shirt and sunglasses, with her hair tied-up in a ponytail.

She was seen getting into the passenger seat of a car that was being driven by her mum – who rushed to her daughter’s side in Turkey after the horror crash.

Yazmin’s TOWIE co-stars are said to have become “united in support” as a result of the accident. She had been lined up to rejoin the popular ITV2 show.

A source told OK!: “The whole TOWIE cast are in disbelief. Yaz was meant to be coming back to the show. The cast are sending their support and they will be around her when she’s home. They just want her home. You never expect something like this to happen. It just makes you realise you never know what is going to happen in life.”

Another source said that her co-stars have been “massively shaken up and shocked” by the accident, continuing: “All of her closest friends and family are there for her. It’s a hard time. At the moment, she’s not speaking to many people as she’s very unwell.

"Although the TOWIE lot bicker and fall out a lot of the time, when something serious like this happens, they are all really tight and come together.”