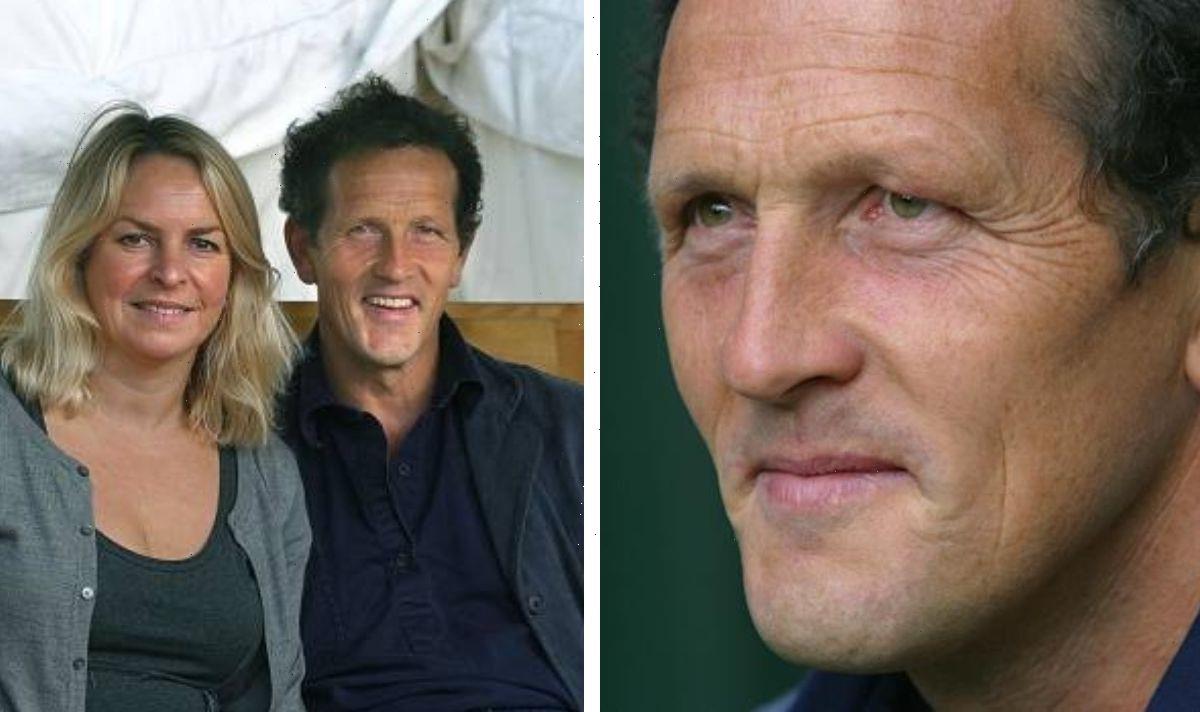 Monty Don has told the world of the desperate sadness he felt following the collapse of his jewellery business and has shared how his devoted wife Sarah helped him through it. In an unearthed interview, the Gardeners’ World star, 66, shared how he was left in floods of tears, but relayed how Sarah intervened by telling him that he needed to “see a doctor.”

We lost everything…we lost our house, our business

“She said you have to see a doctor because I can’t cope with you and three small children and our life as it is,” he explained.

He recalled suffering “childish, pathetic, bleating pain” which left him in tears regularly.

His daughter Freya and sons Adam and Tom would lament: “Why is Daddy always crying?”, which led Sarah to realise he needed professional help – for the sake of the entire family.

“Antidepressants helped initially and I had cognitive behavioural therapy on the NHS, which was very good,” he told The Times.

He and his wife, a professional jeweller, had run a successful business based in London’s Knightsbridge selling to celebrities such as Michael Jackson and royalty like Princess Diana, before disaster struck.

The jewellery company’s value plummeted during the financial crisis of 1987, leaving him fearful for his future.

“We lost everything…we lost our house, our business. We sold every stick of furniture we had at Leominster market,” he admitted to The Guardian.

They closed their store in Beauchamp Place and moved to the countryside, rekindling a passion for gardening that they’d previously only had time to enjoy on Sundays.

As Monty continued to get therapy and Sarah recovered from feeling “invisible” during the years of running their jewellery business together, things began to improve.

“What I feel about gardening [is if] you put your energy into the energy that is already there, you can do anything,” he explained.

Monty also had his religious beliefs to fall back on, admitting that he was raised a “strict Christian” and is now “pantheistic”.

This, combined with his belief in the healing power of gardening, led him to start a project working with a group of young offenders who’d hit rock bottom.

Countryfile’s Helen Skelton ‘sees no way back’ with husband [INSIGHT]

Monty part-funded the project himself, in collaboration with the West Mercia Probation Service, at a total cost of £100,000.

He took over a six acre plot in Herefordshire and handed it over to a group of young offenders, while recording the results for a book published in 2006.

The project saw the young offenders try to grow their own food directly from the soil.

Monty admitted that the book, Growing Out Of Trouble, sold “practically no copies”.

However he recalled feeling “very proud”, declaring on Twitter that it was “one of the best things I have done”.

Monty has also written a book together with his wife, The Jewel Garden: A Story of Despair And Redemption, released in 2005.

It told of how their gardening projects “rose from the ashes of a spectacular commercial failure”.