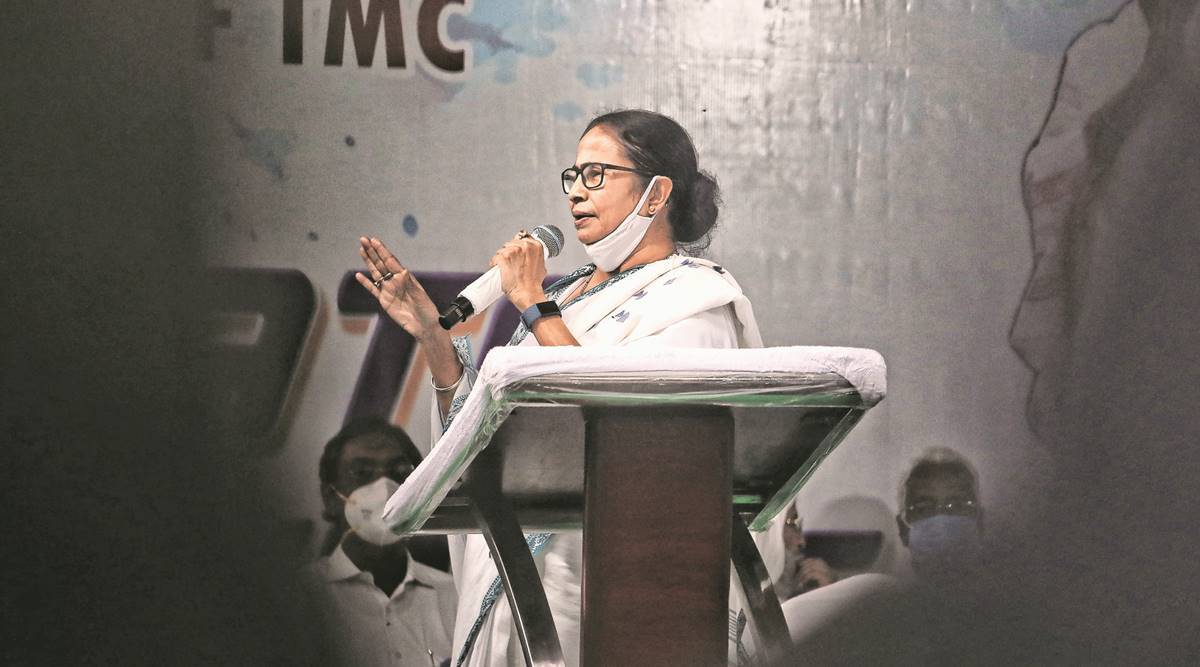 On the campaign trail for the Bhabanipur Assembly by-election on September 30, Banerjee said, “How many places will you (Centre) not let me visit? You can’t stop me forever.” Chief Minister Mamata Banerjee on Saturday reacted sharply to being denied permission by the Ministry of External Affairs (MEA) to attend the World Peace Conference at the Vatican in Rome. The event is scheduled in October this year.

On the campaign trail for the Bhabanipur Assembly by-election on September 30, Banerjee said, “How many places will you (Centre) not let me visit? You can’t stop me forever.”

The MEA denied her permission to attend the conference saying the “event is not commensurate in status for participation by the chief minister of a state”.

The World Peace Conference would be held over two days, on October 6 and 7, in the Italian capital. Pope Francis will grace the event centered around Mother Teresa along with Italian Prime Minister Mario Draghi. German Chancellor Angela Merkel is also among the dignitaries invited to the conference.

Banerjee is the only leader from India to have received an invitation, which was extended in recognition of her humanitarian efforts for the society. She is also supposed to deliver a speech at the conference.

However, she cannot attend the event without clearance from the MEA.

The Italian government, while extending the invite, mentioned her “significant election victory” and “the important work for social justice, for the development of your own country, and therefore, for peace, which you have been doing for over ten years now.”

“Many chief ministers had not taken permission to honour such invitations but I have always acted in line with our country’s foreign policies. Hence, I had applied for permission but they refused. I was to be the only Indian representative at the event. A Muslim preacher and a Christian religious leader have also been invited. I was supposed to be the only one representing the Hindu community. The only ism I believe in is humanism. Had I been allowed to travel, I would have spoken about how Indians, across communities, coexist in peace and harmony. I would have spoken about (Mahatma) Gandhi, (Jawaharlal) Nehru, Netaji (Subhash Chandra Bose), (Vallabhbhai) Patel and other leaders. But they did not give me permission to do so. They want to stop me. I want to ask them how long will they stop me? You cannot stop me from going to other places. You can’t stop me forever.”

Veteran Trinamool leader and state Panchayat Minister Subrata Mukherjee said, “This is very unfortunate. This is indecent behaviour by the central government. They have crossed all limits of decency.”

The Italian government had requested Banerjee to visit without any delegates. The CM then proposed an industry delegation for the visit and sought clearance for the same from the Ministry of External Affairs. However, it denied her permission for the visit.

BJP spokesperson Shamik Bhattacharya said, “It is a decision taken by the External Affairs ministry. They have some parameters for giving permission to attend such events. BJP has nothing to do with this. So, don’t look for politics behind this decision.”