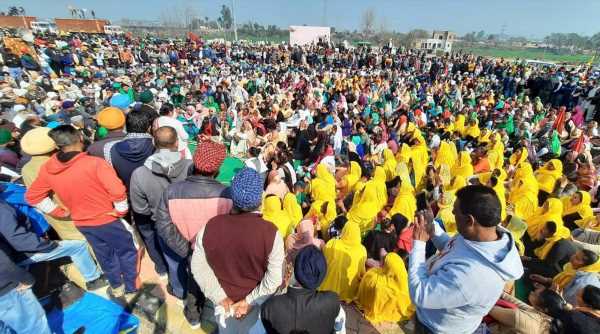 Four farmers were among 8 killed in the Lakhimpur Kheri incident in which police named Union minister Ajay Mishra’s son, Ashish Mishra, and others as accused. Two days after farmer leaders reached a compromise with the Uttar Pradesh government to cremate dead bodies of victims of Lakshmipur Khiri violence, the Samyukt Kisan Morcha is waiting to see if the government will meet all terms of the agreement.

SKM, meanwhile, is also aware that there are murmurs against the compromise, but insists that there was nothing wrong in it.

Talking to The Indian Express, SKM leader Kulwant Sandhu said, “People like Lakha Sidhana and Deep Sidhu are speaking against the compromise. They know nothing about the agitation. There was nothing wrong with the compromise, which was only to cremate the bodies of victims.”

Four farmers were among 8 killed in the Lakhimpur Kheri incident in which police named Union minister Ajay Mishra’s son, Ashish Mishra, and others as accused.

“Other terms of compromise included the arrest of son of the minister and resignation of minister. They are still pending,” said Sandhu, adding: “We have given government 10 days. We will wait till the bhog ceremony for the victims. If nothing happens by that time then we will give next call for action….Compromise was only for the cremation. We had demanded the case against the accused and help to victim families.”

Even gangster-turned-activist and accused in the Republic Day violence case, Lakha Sidhana, also uploaded a video with a Lakhimpur victim’s family that said that he was “unhappy after listening to victim family which was also unhappy with Rakesh Tikait”.