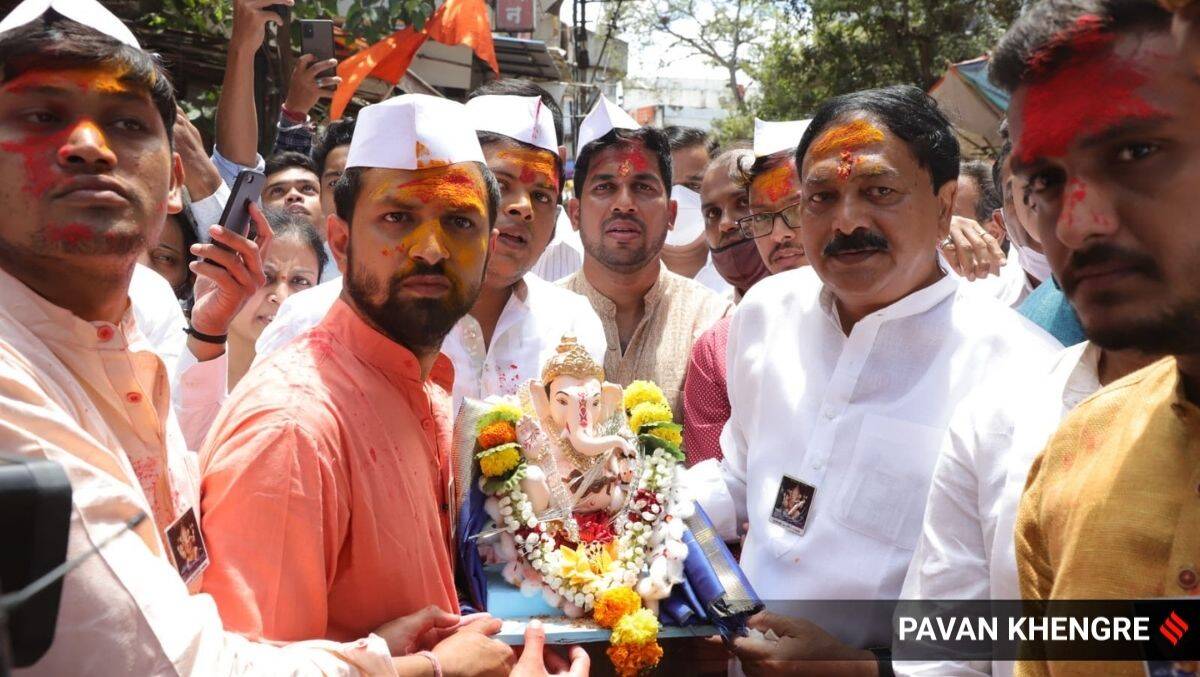 The pooja at the pandal of Shree Kasba Ganpati Mandal – the first among the five Manache Ganpati – began around 11 am, marking the start of rituals.

Idol immersion rituals on Anant Chaturdashi, the final day of the 10-day Ganesh festival, began in Pune on Sunday morning amid restrictions with poojas being performed in the Manache Ganpati pandals – the five mandals which traditionally lead the processions.

This is the second time that the Ganesh festival is being celebrated under the shadow of the pandemic with the police imposing strict curbs on the immersion processions which are otherwise a glittering affair with large crowds of devotees in attendance. Pune Police Commissioner Amitabh Gupta and Joint Commissioner Ravindra Shisve held meetings with office-bearers of the Manache Ganpati and other prominent mandals asking them to lead by example and conduct immersion rituals in a low-key manner.

The pooja at the pandal of Shree Kasba Ganpati Mandal – the first among the five Manache Ganpati – began around 11 am, marking the start of rituals. The mandals have been mandated to immerse idols in artificial tanks created especially for the purpose. The authorities have banned immersions in rivers and rituals on riverbanks to avoid large gatherings. All Manache Ganpati and other prominent mandals have been directed to conclude the immersion rituals by 7 pm.