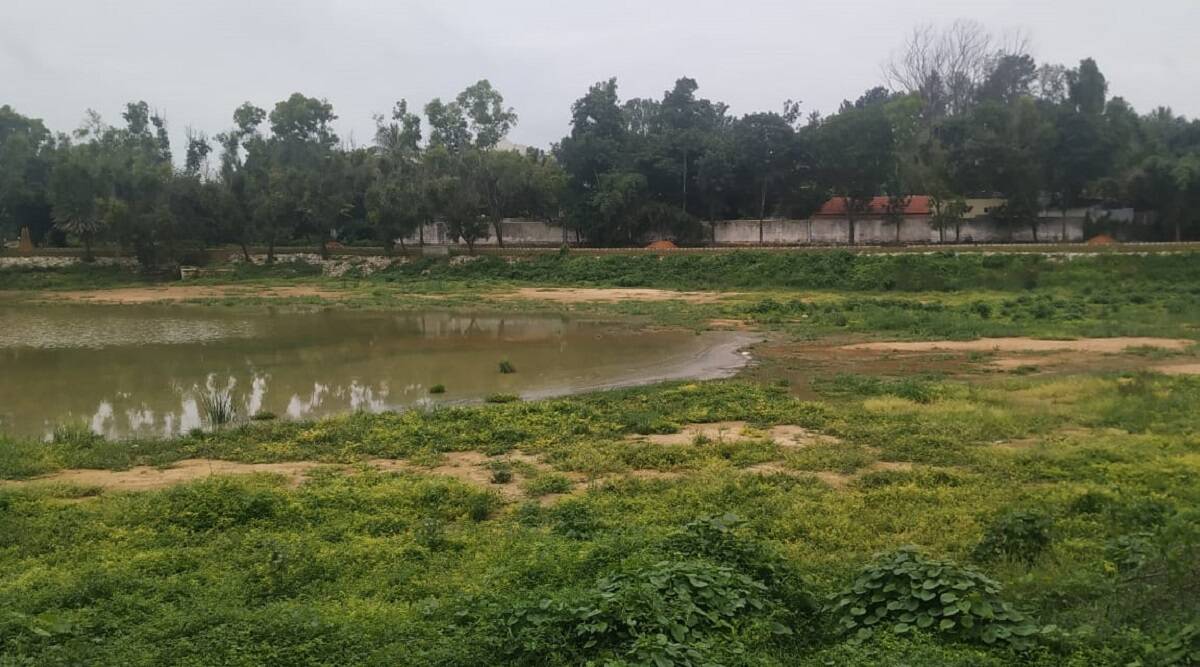 The residents also demanded the appointment of a guard at the lake as there have been untoward incidents of anti-social elements creating ruckus inside the premises. While officially the rejuvenation of  lake is almost over, it has come to light that neither has the encroachment been cleared from the lake nor has the water body been fenced.

In a letter to the Suguna, Chief Engineer, Bruhat Bengaluru Mahanagara Palike (BBMP) lakes division, a group formed by local residents — Doddakallasandra Lake Protection Committee (DLPC) — highlighted that untreated water from a private school and apartment nearby continues to enter the lake through the storm water drain. However, although the local residents have highlighted the issue to the BBMP, little efforts have been made.

The residents also demanded the appointment of a guard at the lake as there have been untoward incidents of anti-social elements creating ruckus inside the premises.

“The Lake has a history of anti-social elements using it. This has come to the notice of DLPC members who have warned them. We request you to employ a guard before winding up the rejuvenation work,” one of the demands by the committee read.

In a bid to improve the water quality of the lakes in Bengaluru, NGO ActionAid with support from local residents last month carried out an assessment of the barriers in harnessing rainwater to Doddakallasandra lake.

It was found that the faulty design of drains restricts the flow of rainwater to the lakes. There are four roads which are interconnected to Doddakallasandra lake and being on a higher gradient, water naturally flows down to the lakes. The assessment suggested that rainwater can be harnessed from around the roads of Doddakallasandra through catch drains which are connected to the roads.

DLPC said out of the four roads, only two have been structured in a way that the rainwater can flow towards the lake through the catch drains.