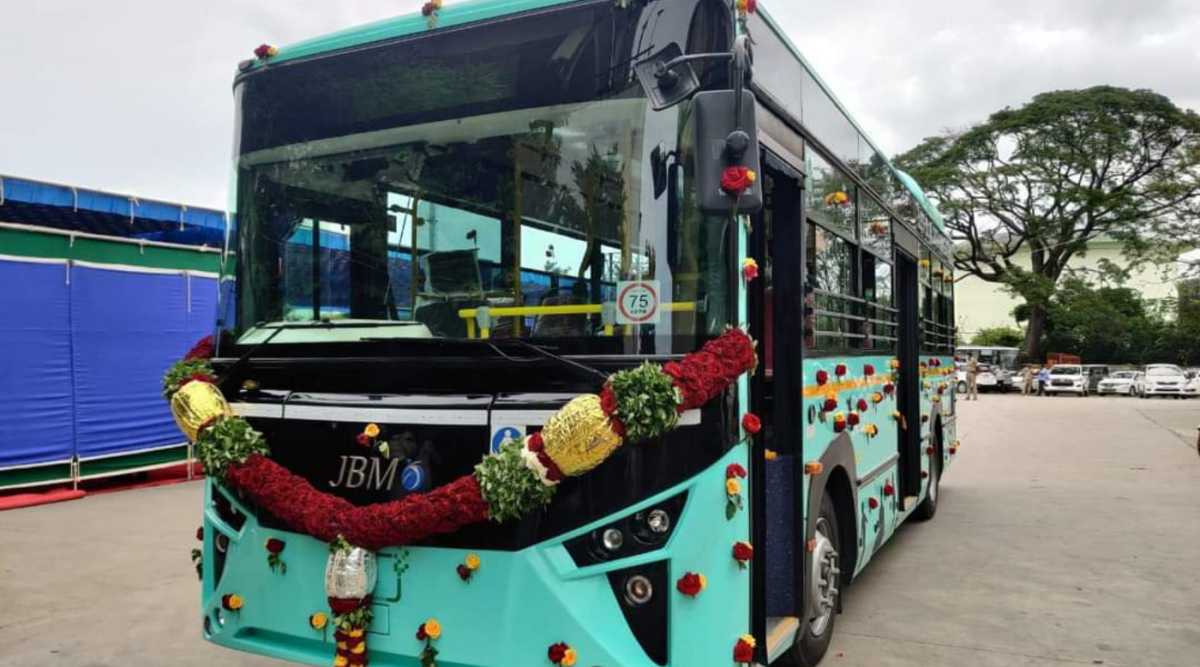 The study by Center for Study of Science, Technology and Policy (CSTEP) assumes 30 per cent EV penetration by 2031. The study Public Electric Vehicle Fleet Charging Stations, conducted by the Center for Study of Science, Technology and Policy (CSTEP) in the Bruhat Bengaluru Mahanagara Palike (BBMP) limits, showed that the electric vehicle (EV) penetration in the coming days will increase the demand for EV charging stations. The study has been restricted to public transportation such as auto-rickshaws, cabs and buses.

The study said: “Presently, Bengaluru has a vehicle population of about 80 lakh, but transport vehicles such as buses, auto-rickshaws and cabs make only up to 10 per cent. These include 2.5 lakh autorickshaws, 1.96 lakh cabs and 6,170 public city buses. The city would be housing about 4 lakh autorickshaws, 3.70 lakh cabs and 6,261 buses by 2031. The calculation has been done based on the growth rate and scrapping percentage. Assuming 30 per cent EV penetration, 22,000 chargers of different types and capacities would be required in the city.”

One of the contributors for the study, Trupti Deshpande, senior research analyst at CSTEP, told The Indian Express that she predicts EV penetration from 2-30 per cent by 2031 annually.

For the pragmatic scenario, the energy requirement for charging EVs in public transport (PT) and intermediate public transport (IPT) segments is estimated to be around 900 Gigawatt hours (GWh). The energy requirement for Bangalore Electricity Supply Company Limited (BESCOM) in pragmatic scenarios would increase by around 4.5 per cent. The carbon emission savings would be estimated at around 1,100 kilotons annually, the study said.

The study said: “Most of the identified potential wards have high-density corridors, existing/proposed substations, public parking lots, and fuel pumps. Such wards could be prioritised for constructing public charging stations. Many BESCOM charging stations are currently installed on government land, making them largely inaccessible to the PT and IPT segments. The framework can be beneficial in identifying appropriate locations for charging stations and overcoming a majority of the challenges faced by existing charging stations.”

Speaking about the challenges, the report said: “Apart from location identification, utilities and government entities face a few more challenges in setting up public charging stations. Low utilization, high upfront cost, and the lack of a revenue model are three major challenges. The level of EV penetration and the lack of awareness are factors that affect the utilisation of public charging stations today. Also, setting up charging infrastructure at a city level is expensive at the moment. The cost of one charger ranges from Rs 1 lakh to Rs 5 lakh. To deal with these concerns, a suitable revenue model needs to be explored, which will achieve a balance between investment and revenue.”

As on 2020, the city has about 136 charging stations installed at 70 locations, 90 electric buses and 10,000 electric auto-rickshaws (the number of electric PTs are approximate figures). In September, BESCOM said that it has plans to set up 140 additional EV charging stations across Bengaluru in the next six months as part of efforts to boost the usage of electric vehicles in the city.

Meanwhile, Bengaluru-based electric vehicle (EV) charging infrastructure player EVRE will set up 200 charging stations in the city in the next six months.