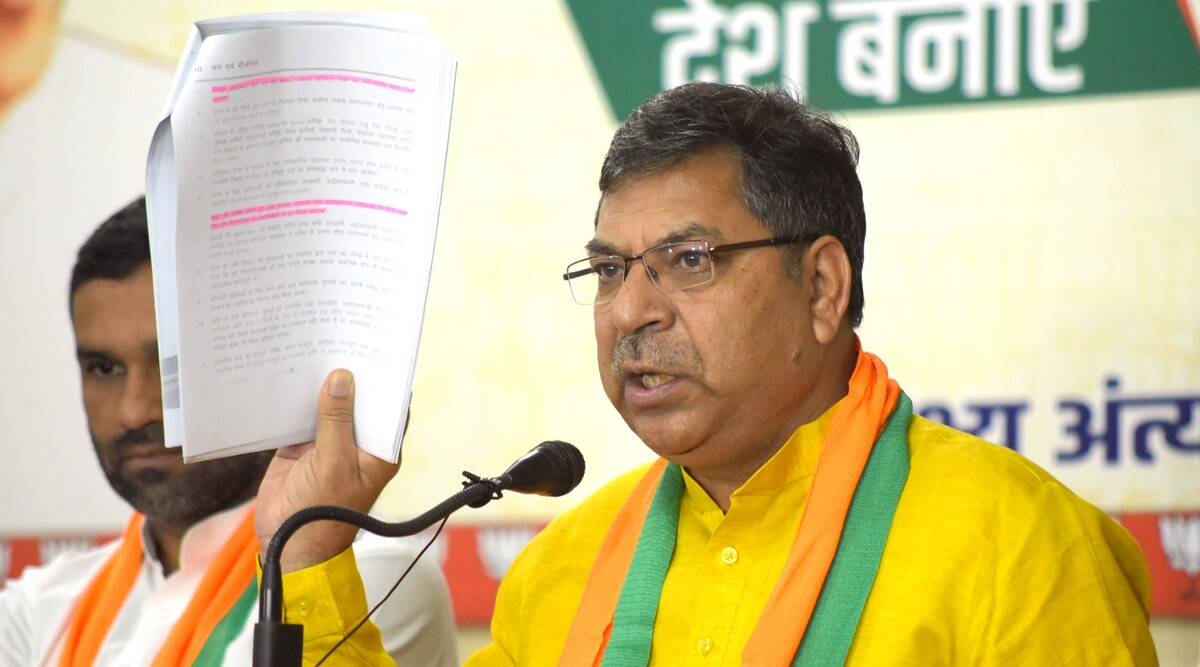 Poonia alleged that Batti Lal Meena, the accused, is a Congress worker and his photograph with state Congress president Govind Singh Dotasra is doing the rounds on social media. 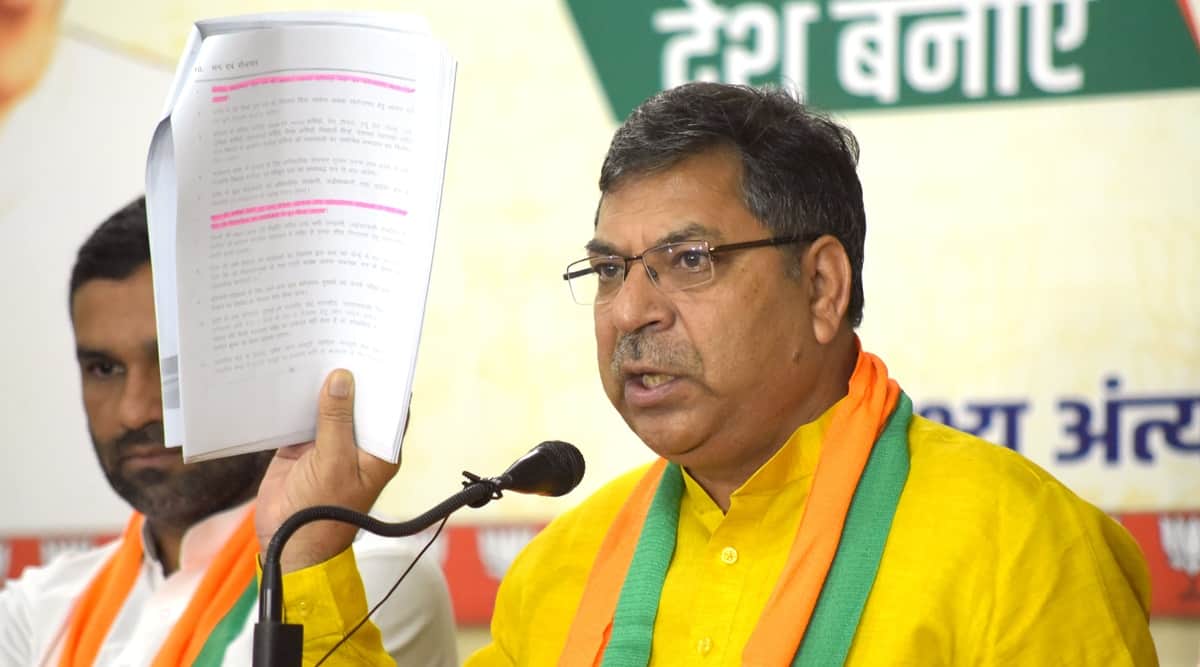 The BJP on Thursday demanded a CBI probe into the alleged irregularities during the recently held Rajasthan Eligibility Examination for Teachers (REET), with state party chief Satish Poonia claiming that the Congress had close links with the suspect behind the alleged paper leak. He also demanded the resignation of state Congress president Govind Singh Dotasra.

Poonia alleged that Batti Lal Meena, the accused, is a Congress worker and his photograph with state Congress president Govind Singh Dotasra is doing the rounds on social media.

However, Dotasra denied the allegations, saying the Congress has no links with Meena.

The BJP also raised questions over the government’s efficiency in preventing cheating, by highlighting the use of advanced cheating methods such as Bluetooth devices concealed in slippers.

“The way irregularities have taken place in the REET examination… The Chief Minister has said that Rajasthan is such a state which organised REET in a very successful way. Is this the success story of the Rajasthan government in REET that the question paper gets leaked at 8:30am?” said Poonia while addressing a press conference in Jaipur on Thursday.

“The person who leaked the paper, Batti Lal Meena has beautiful pictures clicked with state Congress president Govind Singh Dotasra ji along with the Congress symbol and flag. One can also see Priyanka Gandhi and Rahul Gandhi in the background. That person is a registered worker of the Pradesh Congress Committee,” said Poonia.

When contacted, ADG SOG and ATS Ashok Rathore told The Indian Express that Meena is a wanted person and he is yet to be arrested. Rathore said that only after the investigation process is completed, it can be ascertained whether the question paper was leaked.

The opposition questioned the government over the suspensions.

“The government said that the question paper wasn’t leaked. If it was not leaked then what is the reason for suspending so many officers in a sequence? I feel that a bigger injustice than this can’t happen with the lakhs of unemployed people in Rajasthan,” said Poonia on Thursday.

Education Minister and state Congress president Dotasra denied the allegations of the BJP and said that he doesn’t know Meena and neither is the latter a part of the Congress.

The BJP also raised questions on the internet shutdown.

“Many inventions in the world happen in Rajasthan. We had never heard of Bluetooth devices in slippers. This can only happen under the patronisation of famous scientist Rahul Gandhi in the Ashok Gehlot government,” he added.

The Rajasthan police had said on September 26 after the REET exam that the Bikaner police had recovered Bluetooth devices in slippers from some persons who were arrested. In many of the cities, such devices were sold at Rs. 6-7 lakh, the police had said in a statement.