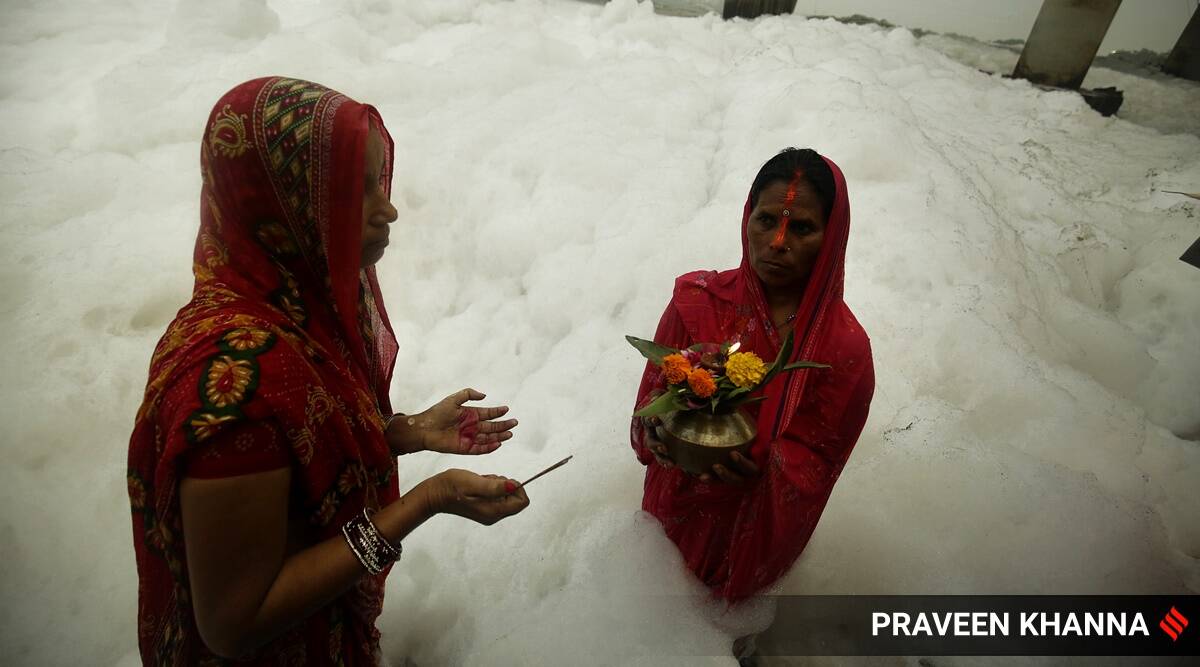 Delhi Disaster Management Authority (DDMA) on Friday said Chhath puja celebrations will be allowed at designated sites in the city except for at the banks of the Yamuna river. A ban on Chhath puja celebrations at Yamuna ghat appears to have brought BJP MP Parvesh Sahib Singh and AAP MLA Sanjeev Jha on the same page. Even as Singh challenged Delhi Chief Minister Arvind Kejriwal to stop him from performing Chhath on the banks of Yamuna, Jha blamed Lieutenant Governor Anil Baijal for imposing the ban and said that people would defy it.

Delhi Disaster Management Authority (DDMA) on Friday said Chhath puja celebrations will be allowed at designated sites in the city except for at the banks of the Yamuna river.

BJP MP Singh said that Chhath puja is the biggest festival for the “brothers and sisters of Purvanchal” and it is an insult to their faith to restrict it. “Kejriwal ji, I myself will get Chhath puja done by standing at Yamuna ghat and if you have the strength, then stop me,” he said.

AAP MLA from Burari, Jha said, ” LG is the chairperson of DDMA that has imposed the ban…People are already preparing for Chhath Puja at Yamuna Ghat, even if permission is not given, people will celebrate Chhath at Yamuna Ghat and if this happens then we are standing with them.”

North East Delhi MP Manoj Tiwari on Saturday wrote to CM Kejriwal saying that the government should reconsider the proposal.

“Kejriwal ji, you are a member of the DDMA. Why did you maintain silence in the DDMA meeting? Why did your government not send a proposal (to DDMA) for holding Chhath puja on Yamuna banks? You remained silent because you were against Chhath puja since the beginning,” Tiwari said in the letter.

Jha hit back saying that Tiwari is only doing politics. “If he would have been serious of holding Chhath puja at ghats he would have told LG. And because Central Government is theirs, LG is theirs, so LG would have easily followed his instructions,” he claimed.

He said that the ban was imposed as LG thought that idol immersion happens during the festival but the fact is that the devotees clean the riverbanks for the purpose of the puja. He said he has sought an appointment with the LG over the matter and even if it is not allowed, people would celebrate and “we all would stand with them. “