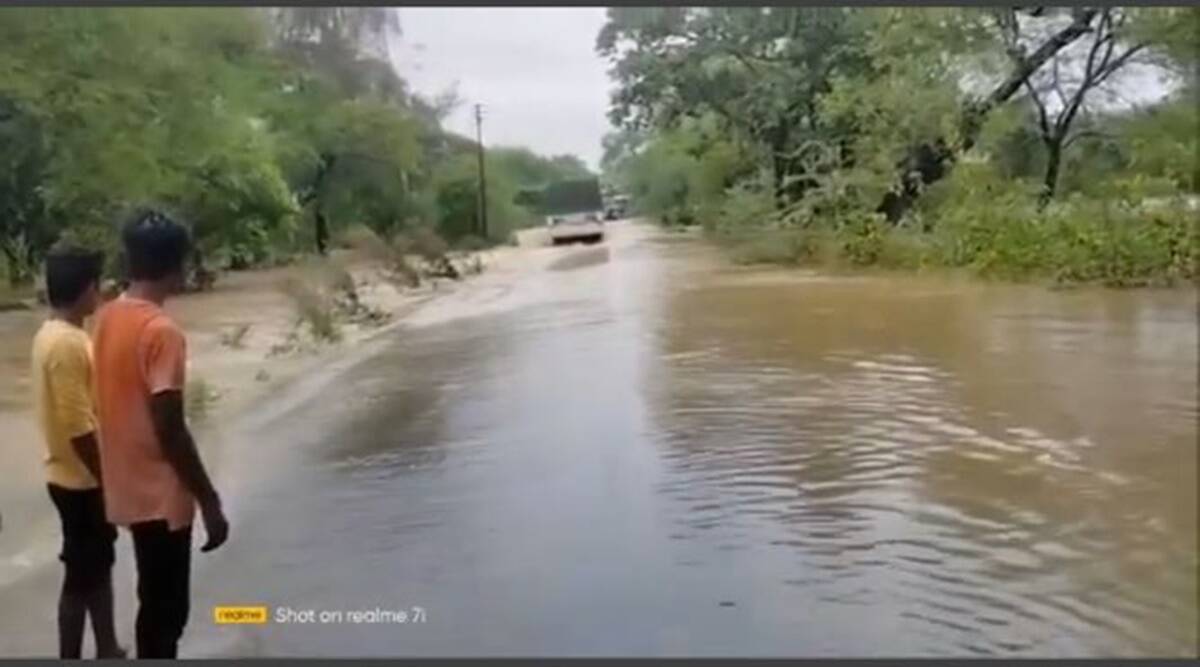 In a viral video, one of the rescued passengers is heard telling the authorities that the driver and conductor were stuck inside in the bus. 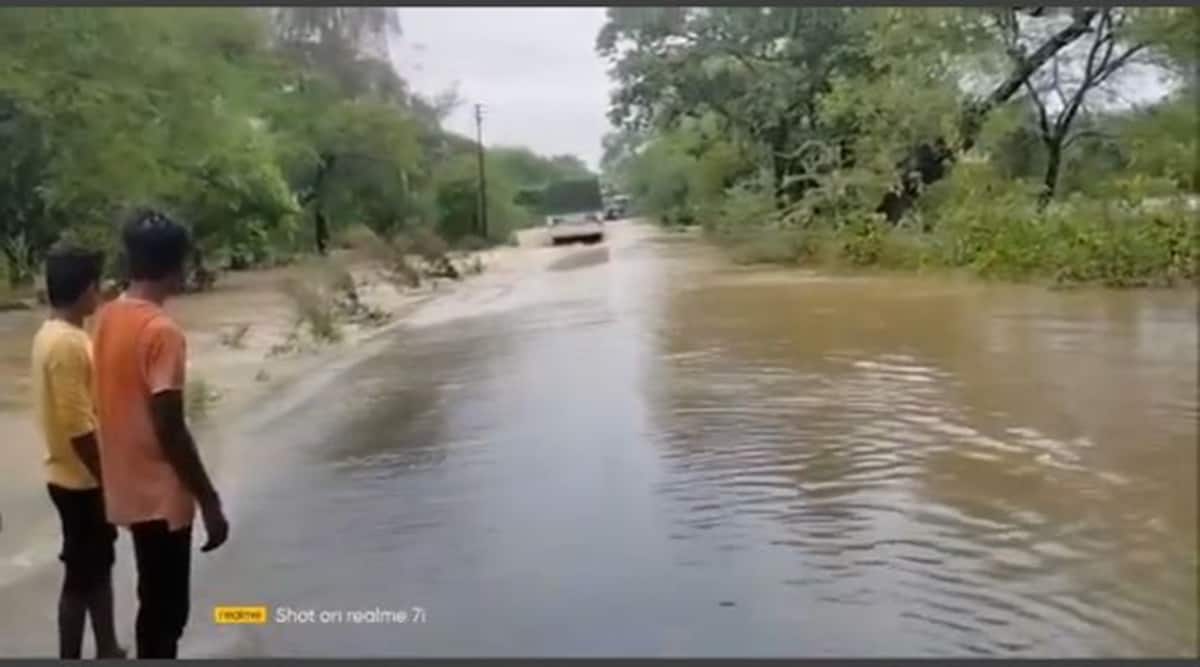 A state transport bus was swept away Tuesday morning by strong currents from an overflowing nullah about 3 km from Umarkhed town in Maharashtra’a Yavatmal district.

While three passengers in the bus were rescued, in a viral video, one of the passengers is heard telling the authorities that the driver and conductor were stuck inside.

Maharashtra State Road Transport Corporation (MSRTC) Managing Director Shekhar Channe said the bus was plying on the Nanded-Nagpur route when the driver decided to proceed ahead on a bridge submerged in water.

Onlookers had captured videos of the bus getting swept away while crossing the flooded bridge over the nullah that was in spate due to the heavy rains. After the videos went viral, officials from the Umarkhed administration rushed to the spot and rescued the passengers, sources said. Officials could not immediately be reached for comment.