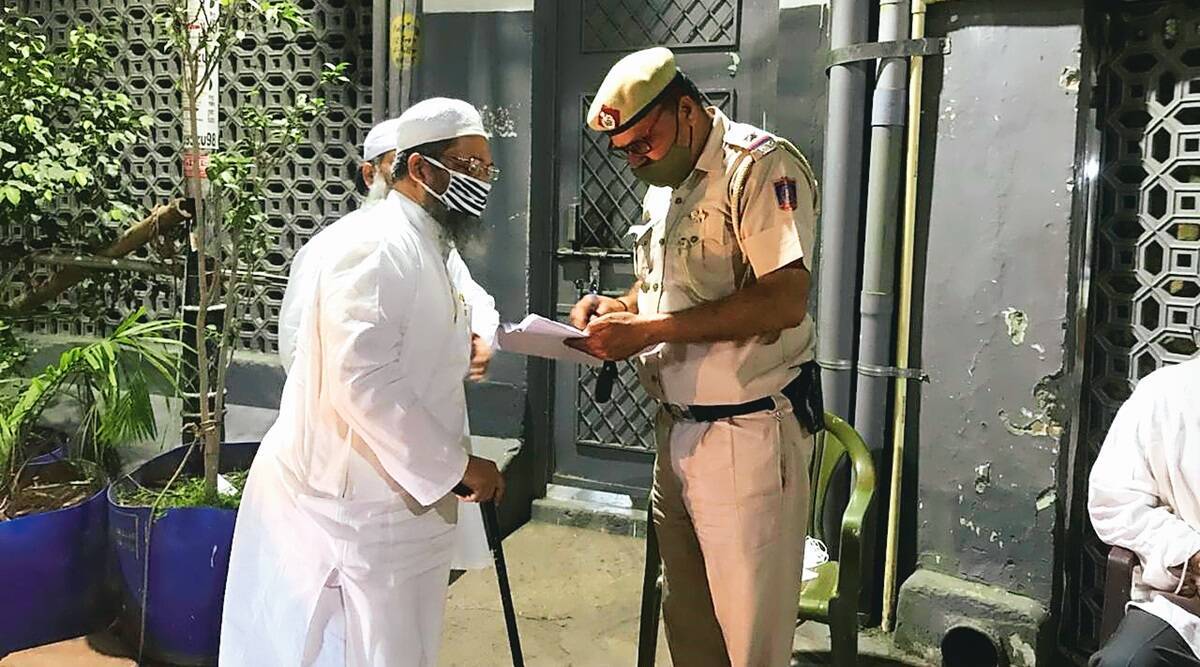 Raising a technical objection to the petition, the Centre said the Waqf Board does not have any locus standi to maintain the case before the court as the property in question has been leased out. Justifying the continuation of restrictions at Nizamuddin Markaz, including the mosque where public entry was banned in the aftermath of Tablighi Jamaat members testing positive for Covid more than a year ago, the Centre on Monday told the Delhi High Court that cases registered against foreigners found staying there have diplomatic implications and that the curbs on the premises do not violate the right to practice religion.

“Since about 1,300 foreigners were found to be residing in the said premises and cases against them have cross-borders implications and involves nation’s diplomatic relationship with other countries, it is necessary and incumbent on the part of the Respondent to preserve the said premises for the purpose of Section 310 of CrPC,” the Ministry of Home Affairs said in a reply to the petition filed by Delhi Waqf Board for easing of restrictions at the Markaz.

Section 310 provides for inspection by a judge or magistrate of a place where an offence is alleged to have been committed.

The reply has been filed by the Centre through Deputy Commissioner of Police, Crime, Dr Joy Tirkey. However, advocate Rajat Nair, representing the Centre, told the court that he does not represent the Delhi Police in the case.

Raising a technical objection to the petition, the Centre said the Waqf Board does not have any locus standi to maintain the case before the court as the property in question has been leased out. It also objected to impleadment of Markaz’s managing committee in the case. The Centre said that Tablighi Jamaat chief Muhammad Saad Kandhalvi’s mother Khalida has claimed in another case that her family is the lessee and availed her remedy. However, the Waqf Board said that she is residing there as a licensee and the reference to lease rules was not correct.

Justice Mukta Gupta said it was not a property in vacuum and that there were people who were possessing it. “Due to the pandemic, an FIR was registered and under that FIR, you take possession of this property as a case property, now if you take possession of the case property, it has to be handed over to that person. It cannot be that this property will be kept with the police for all times to come. Even during the pendency of the trial, it has to go back,” the court told the Centre, adding that the question of lessee was irrelevant at this stage.

Listing the case for hearing on November 16, the court issued notice on the application filed by the management of Masjid Bangle Wali and Madrasa Kashif-ul-Uloom for impleadment in the case. The court also allowed the Waqf Board to file a rejoinder to the reply filed by the Centre.

The Centre in its reply further said that the premises have been kept “under lock and key” in view of the fact that the Markaz management is itself under investigation in the case registered last year by the Crime Branch. “In view of the seriousness of the case which has trans-border implication and diplomatic consideration, it is just and necessary that the case property in such a case is preserved in letter and spirit so that due process of law in dealing with such cases is followed, which also includes the procedure contemplated under Section 310 of the Code of Criminal Procedure,” it added.

It also told the court that the case did not involve any violation of the right guaranteed to a citizen under Article 25 (freedom of conscience and free profession, practice and propagation of religion). “A minimum number of persons are already allowed to offer prayer in Masjid Bangle Wali, which number has been, time and again, relaxed, as and when important religious festivals are celebrated,” the reply reads, adding the “reasonable restriction” has been imposed on the ground of health.