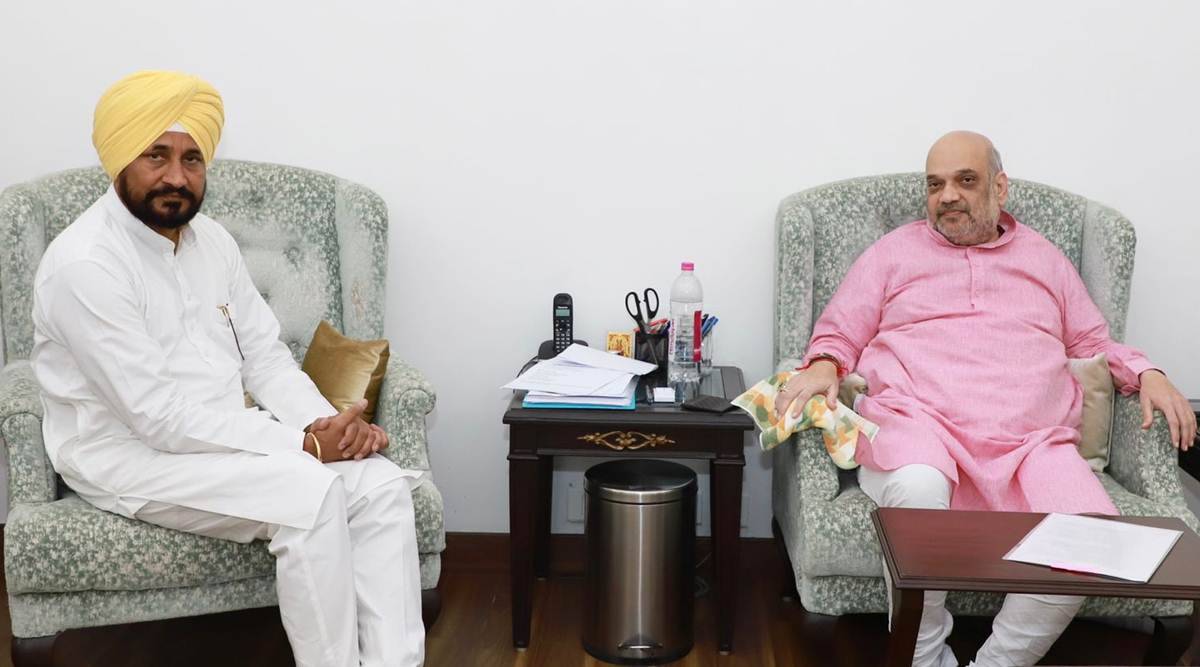 During the meeting, the Punjab CM also sought scrapping of the Centre’s contentious farm laws, and asked the Home Minister to personally look into the matter to end the deadlock with farmers. Hours after protesting at the Gandhi Smarak in Chandigarh over the Lakhimpur violence, Punjab CM Charanjit Singh Channi on Tuesday met Union Home Minister Amit Shah and expressed his concern over the incident, saying that such incidents should not be tolerated. Channi condemned the manner in which state leaders, who were on their way to UP to meet the victim families, were detained.

During the meeting, the Punjab CM also sought scrapping of the Centre’s contentious farm laws, and asked the Home Minister to personally look into the matter to end the deadlock with farmers.

According to a government statement, it was Channi’s first meeting with Shah after taking over as the CM of Punjab.

Raising the demand for re-opening of the Kartarpur Sahib Corridor, the Chief Minister impressed upon Shah to take an early decision in this regard. The Home Minister assured the CM that they would soon take a decision to open the corridor after detailed deliberations, a government statement after the meeting said.

About illegal trafficking of drugs and weapons from across the border into the state, Channi sought intervention of the Union Home Minister Amit Shah to seal the border adding the initiative would help the state in breaking the supply chain of drugs.

Talking to reporters after the meeting, the Chief Minister said that he hoped of a positive outcome of the discussions held in congenial atmosphere.

Earlier in the day, Channi, along with some ministers and Congress legislators, held a silent protest at Gandhi Smarak Bhawan in Chandigarh, said the violence in Lakhimpur Kheri reminds him of the 1919 Jallianwala Bagh tragedy.

Channi alleged that the “killing” of the farmers was “intentional”. Slamming the BJP government at the Centre, he said it should not force the country’s youth to look at martyrs like Bhagat Singh, Rajguru, Sukhdev and Shahid Udham Singh for “restoring” democracy in the country.

Calling the Lakhimpur Kheri incident as “painful”, he added: “The way an SUV mows down peaceful farmers from behind and kills them and all this which happened was intentional.”

He alleged that a BJP leader had earlier told farmers that they would not be spared. “And then they (farmers) were killed intentionally. It was brutal,” he said.

“Today, farmers are upset and they are dying. Considering this, these (farm) laws should be repealed immediately,” he said.

“(Narendra) Modi ji should stop his BJP people and the RSS. It will not work in the country,” the CM added.