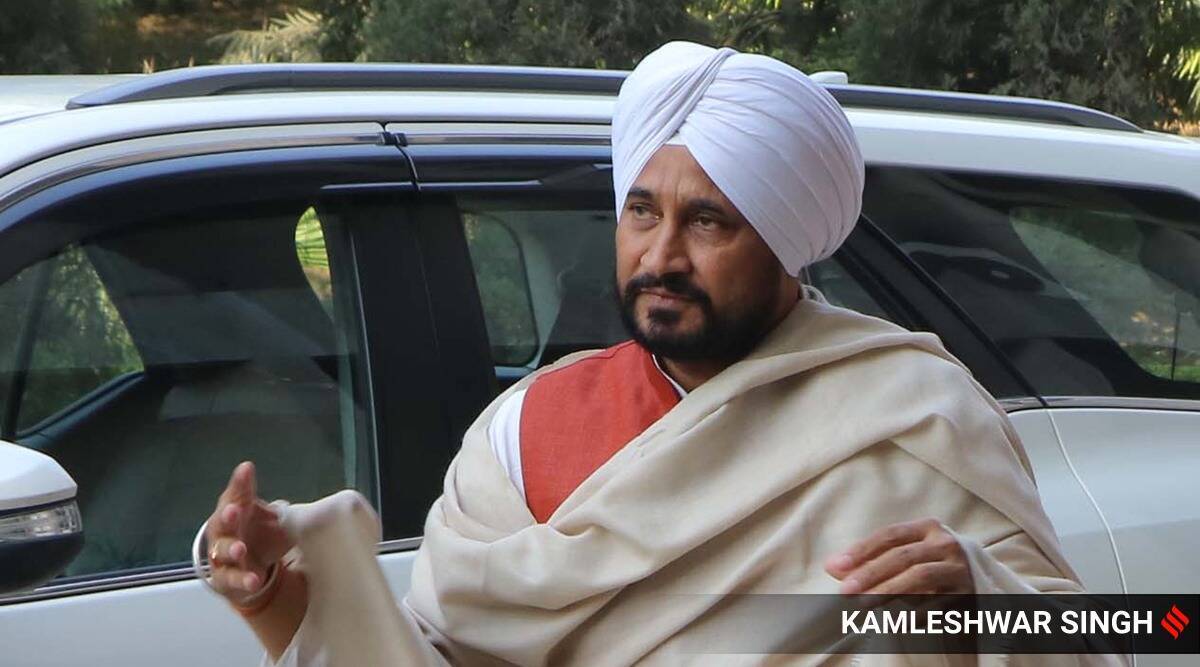 The swearing-in ceremony, meanwhile, would be held at 4:30 pm Sunday. Channi’s Cabinet will have all 18 seats filled. The CM met Governor Banwarilal Purohit on Saturday to finalise the swearing in ceremony. PUNJAB CHIEF Minister Charanjit Singh Channi will get his Cabinet team Sunday with 15 ministers set to take oath of office at Punjab Raj Bhawan. The Congress, however, is yet to release the list of ministers officially. Another video link meeting between AICC leader Rahul Gandhi and Channi was underway at the time of going to press.

The swearing-in ceremony, meanwhile, would be held at 4:30 pm Sunday. Channi’s Cabinet will have all 18 seats filled. The CM met Governor Banwarilal Purohit on Saturday to finalise the swearing in ceremony.

Earlier, the list of 15 ministers was finalised by AICC leader Rahul Gandhi in a meeting with Channi and other Congress leaders, including K C Venugopal, Harish Rawat, Harish Chaudhary, Ajay Maken, that went on till 1 am on the intervening night of Friday and Saturday.

The party may, however, tweak the list further as there have been several red faces after the list was finalised. Rahul, who is in Shimla was learnt to have scheduled a video conference with Channi for midnight.

A four-time MLA from Amloh, Kaka Randeep Singh Nabha is upset at being ignored. “I am upset. It is really unfair to me. I have been ignored for the third time, twice by Capt Amarinder and now by Channi. I will soon decide my further course of action,” Nabha told The Indian Express.

“Why should a leader, handed the responsibility of organisation, eye Cabinet?” asked a leader on anonymity.

While Channi is learnt to have called up a few MLAs for a meeting at his residence Saturday evening and informed them about their induction, a few others said they had not heard from the party yet. All the MLAs have, however, been invited for the oath taking ceremony.

Sources said the party has been able to reach a consensus on inducting seven MLAs and dropping five from former Chief Minister Amarinder Singh’s Cabinet.

It was also decided to re-induct former Irrigation Minister Rana Gurjit Singh. He was earlier a minister in Amarinder’s Cabinet but who had stepped down after an alleged scam in allotment of sand mines to his ex-employees. There have been protests against Rana Gurjit also but the party sources said he was headed to SAD with his two MLA aides and the party needed to block it for the sake of its position in Doaba region.

Former Finance Minister Manpreet Singh Badal was opposing Warring tooth and nail, but Sidhu is learnt to have had his way.

Even as the list is yet to be made official, former Industries Minister Sunder Sham Arora said has already vacated his office and official residence. He said, “I did not get a call from anyone in the party. But I was told by my sources that I am not there in the Cabinet anymore. Hence, I have vacated my house,” said Arora.

Also, there are protests that a Hindu face in Arora was likely to be dropped.

Brahm Mohindra said he had not received an official call from the party saying he would be inducted on Sunday.

“I hope so. Last time they had taken me to Raj Bhawan also,” Mohindra mocked. His name was cleared to be the Deputy Chief Minister along with Sukhjinder Randhawa on the day the Channi took an oath. However, his name was changed at the eleventh hour. O P Soni was then asked to take the oath in his place.

As the list is not out officially, many are keeping their fingers crossed, “I do not know what is going to happen. I can only say firmly about myself when I am sworn in. So I have asked my people to congratulate me only after 4:30 pm tomorrow,” an MLA, who is likely to take oath tomorrow, said.

Gurkirat Kotli, who is also likely to take oath, reached Chandigarh from Delhi. He was given a grand welcome by his father, Tej Parkash Kotli, and his supporters at the airport.

The new Congress government has been flip-flopping on Cabinet appointments. The party was set to designate former PPCC chief Sunil Jakhar as the CM but it ended up with Channi. Later, it was to induct Brahm Mohindra as Deputy CM but the move was scuttled. It has been changing its mind on the appointments of bureaucrats and Advocate General also.

“Till the time the list is not out formally, we do not know what will happen. We will only be able to say anything after taking an oath. Nobody knows what happens in Congress,” said a party MLA.