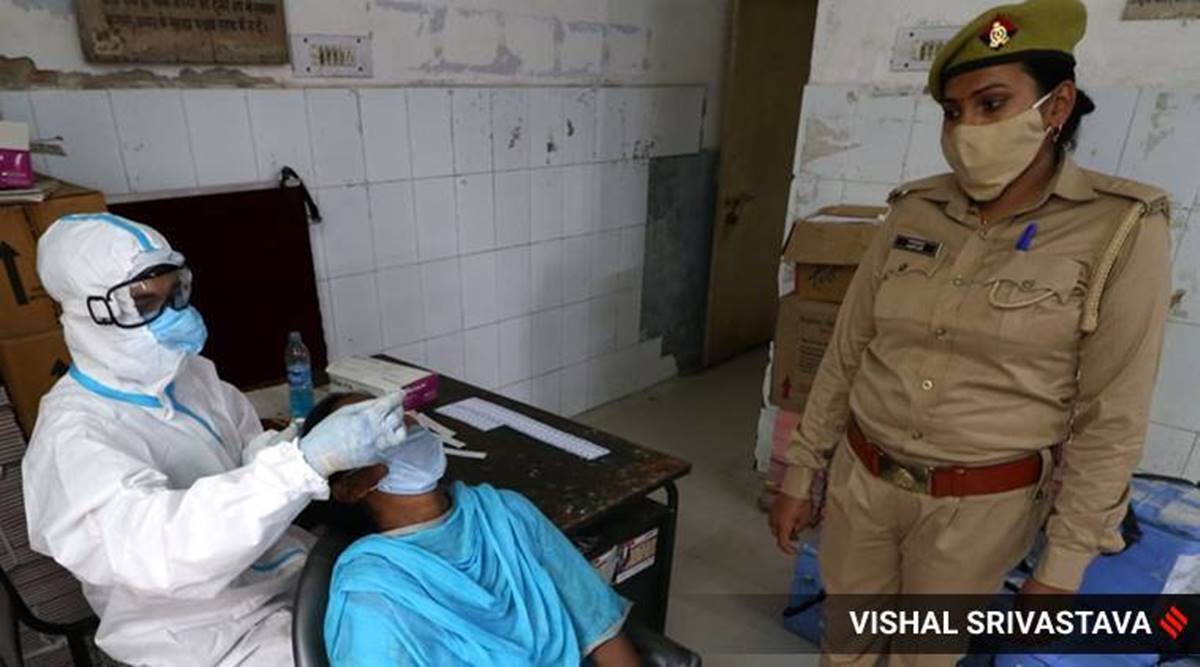 With the state witnessing a resurgence in the pandemic — close to 17,000 cases have been reported in five days — the state government continued to tighten measures to contain the pandemic. 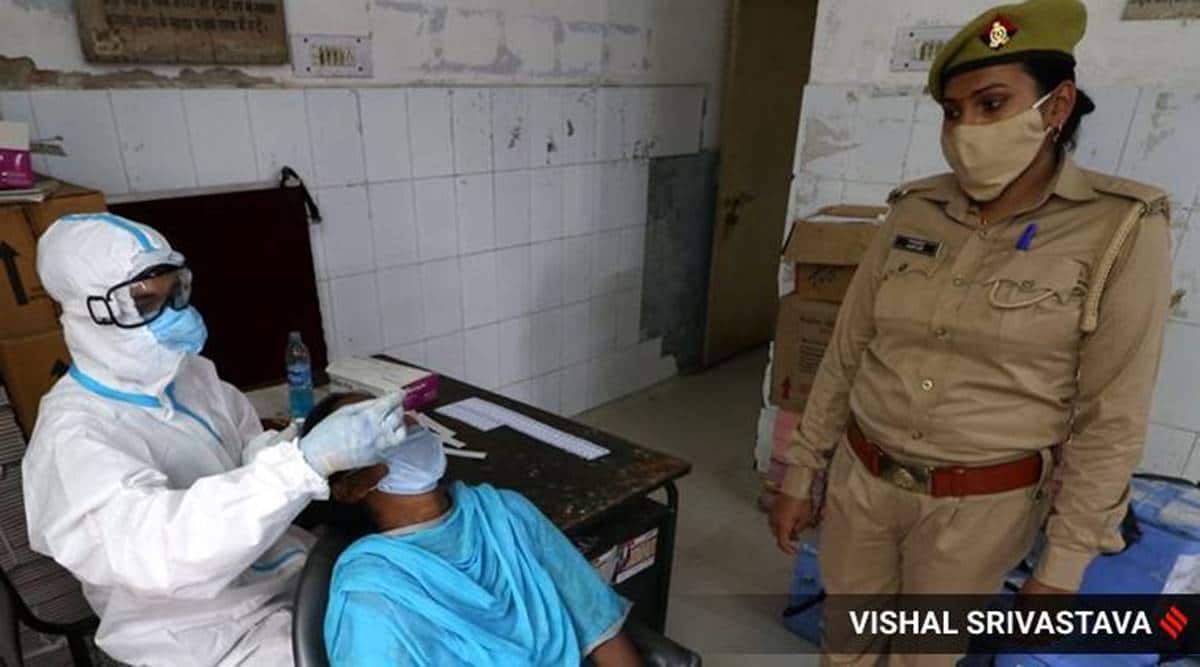 With the state witnessing a resurgence in the pandemic — close to 17,000 cases have been reported in five days — the state government continued to tighten measures to contain the pandemic. The Yogi Adityanath administration limited the number of people allowed at a place for social, religious, sports, entertainment, educational and cultural events and gatherings to 50 per cent of the capacity of a closed space. The upper cap for such venues is 100 people.

Open spaces can also fill 50 per cent of their capacity but not more than 200 people at a time will be allowed.

In both types of venues, people will have to follow basic Covid protocols such as using face masks, social distancing, thermal scanning and regular sanitisation.

At present, 12,338 patients (54 per cent) are in home isolation, 512 in private hospitals and the rest are undergoing treatment in government hospitals. While 6,34,033 people have tested positive for the virus to date, 6,02,319 have recovered.

Thirteen patients died in 24 hours, five of them in Lucknow, taking the toll to 8,894. Lucknow continues to be the worst affected district with 1,133 people testing positive since Sunday. It has 7,143 active cases. Some of the other districts that reported a high number of cases are Prayagraj (479), Varanasi (337), Kanpur Nagar (208) and Gorakhpur (102).

In the National Capital Region (NCR), the administrations of Noida (Gautam Buddh Nagar) and Ghaziabad began intensifying containment measures. As per the latest state government circular, the administration will demarcate containment zones for medical surveillance. In the last two weeks, both districts have been reporting between 50 to 100 cases a day.

“This exercise will help local administration and medical teams carry out surveillance, enquiries to curb the infection spread. The idea is to trace contacts before the area becomes a cluster,” said Ghaziabad District Magistrate (DM) Ajay Shankar Pandey.

Officials clarified movement in the containment zones would not be restricted. The zones have been formed to make surveillance easier and areas will not be sealed, according to officials who said the order had also not affected inter-state travel in the NCR.

The teams have been tasked to draw up physical demarcations of such zones and compile information on residents and possible cases.

The Noida administration has redeployed its home isolation cell that consists of 21 operating officers, four doctors and a nodal officer. Those returning from abroad or different states will have to disclose information about their travel and health to monitoring officials.

In Ghaziabad, the administration has issued instructions to cinema halls and restaurants to develop a token system to limit crowding.

Expressing concern about the Covid surge, Additional Chief Secretary (Health) Amit Mohan Prasad appealed to people to be extra careful and vigilant. “There is no way for us to confirm if a person we are meeting is infected or not, and thus we should avoid going to crowded places. Around 80 per cent of those tested positive do not have any visible symptom in them.”