Each team, armed with thermal scanners and oximeters, has been tasked with identifying people who have come in contact with corona positive cases and individuals showing symptoms of the infection. 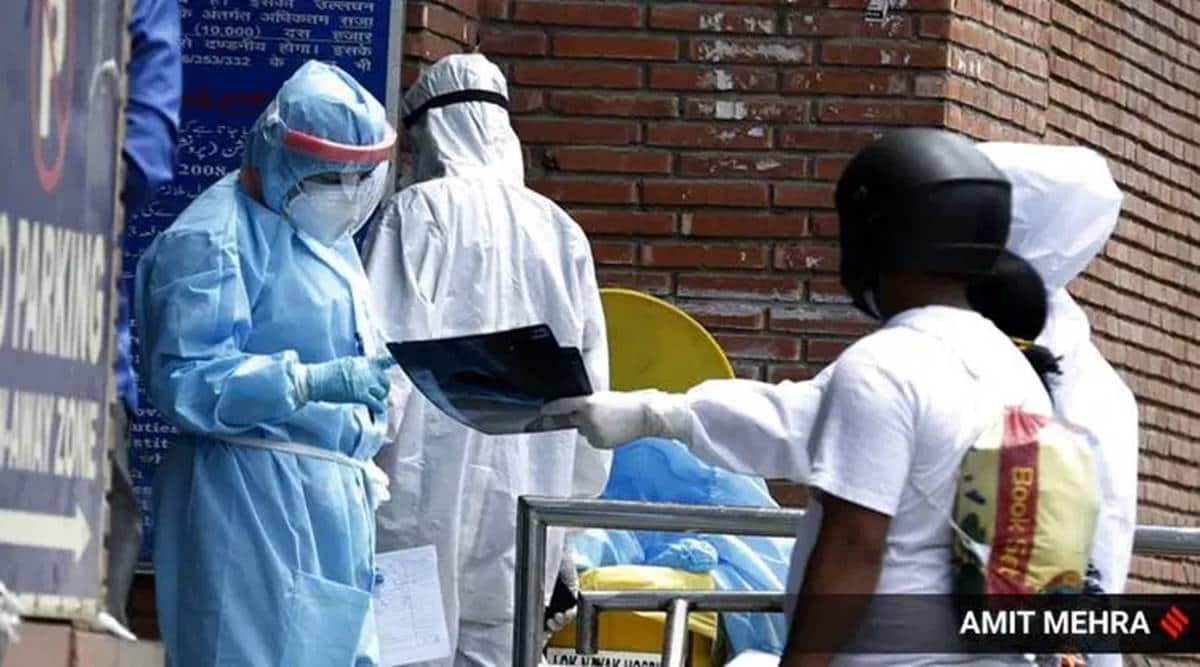 Authorities plan to wind up the household survey, prompted by the Union Ministry of Home Affairs, which stepped in after cases soared in the city, by November 24. The city has seen two similar surveys in the last nine months.

Accordingly, teams ranging from 1,200 members each in west and northwest districts to 600 in the north district have been deployed, depending on the population and number of households to be surveyed. Each three-member team is expected to cover 30 households daily over the next five days, district magistrates Neha Bansal (west), Cheshta Yadav (northwest) and Deepak Shinde (north) said.

The teams have been provided a common format to tabulate data and information. Each team, armed with thermal scanners and oximeters, has been tasked with identifying people who have come in contact with corona positive cases and individuals showing symptoms of the infection. Information being collected include name, address, mobile number, age, gender, temperature, oxygen level and the nature of symptoms, be it cold/cough, fever or breathing issues. The district authorities have been directed to ensure that all suspected cases are made to undergo tests.

According to feedback from the ground, the other crucial task — isolating contacts — is proving to be difficult as the entire exercise hinges on self-declaration. “The Centre has maintained from the beginning that contact tracing has always been weak in Delhi. This is why the survey also looks to identify and isolate contacts. But it is rather difficult for these teams that are already working under a tight deadline to ensure that all contacts are identified, as much of it depends on whether a person speaks the truth or not,” a senior district official said.

According to information obtained through RTI by The Indian Express in October, districts in Delhi were tracing an average of three contacts per infected individual.

As per the format to collate the information on contacts, the teams are expected to gather information on the date of exposure of a contact to an infected patient, symptoms and other basic details. The previous two surveys, albeit at a smaller scale, were carried out in April and June.

The data gathered during the survey will also help authorities review containment zone strategy as over 65 per cent of active cases in Delhi remain outside sealed zones, according to official data. The Home Ministry has also directed the Delhi government to ensure that large clusters of cases do not remain unmonitored.

Official numbers, updated till November 15, show that out of 43,774 active cases in the national capital, 15,242 were in 4,430 containment zones across 11 districts, while the remaining 28,532 were outside such zones. In terms of active cases, southwest district leads the chart with 6,391 cases, trailed closely by south with 5,815 cases and southeast with 5,013 cases.