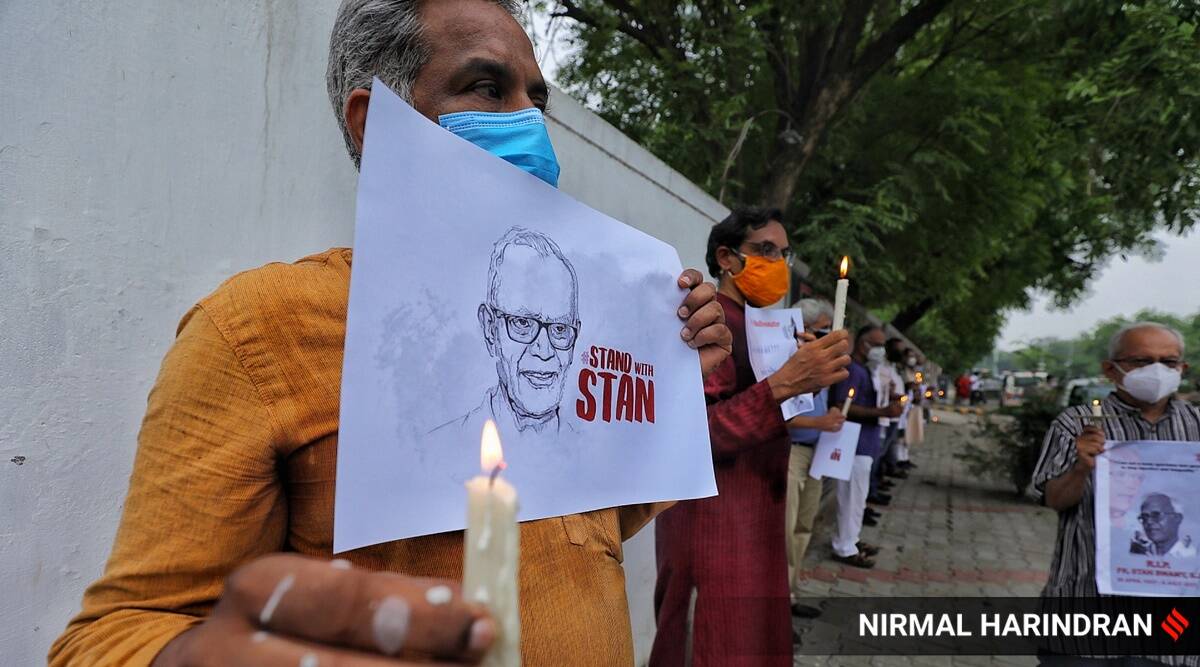 After his death on July 5, Swamy's lawyers had requested the court to keep pending his appeals against special court orders rejecting his bail pleas on medical grounds and merits. The Bombay High Court on Wednesday asked late Father Stan Swamy’s lawyers to file fresh independent plea raising grievances pertaining to the observations made against the Jesuit priest by the Special NIA Court while rejecting his bail pleas.

After his death on July 5, Swamy’s lawyers had requested the court to keep pending his appeals against special court orders rejecting his bail pleas on medical grounds and merits.

They had contended that the plea be kept pending to ascertain their claims of “apathy, negligence and lack of medical facilities” on the part of NIA and state prison authorities despite the octogenarian suffering from multiple ailments that required close monitoring.

The lawyers had claimed that after Swamy’s death, his next-of-kin had the right to seek removal of the “odium” and “widespread hatred” attached to Swamy’s name and reputation due to his arrest in the Elgaar Parishad case on October 7 last year.

Jamshedpur Jesuit Province (JJP), which Swamy was associated with, had appointed Father Frazer Mascerenhas, former principal of St Xavier’s College and present Parish Priest of St Peter’s Church, both in Mumbai, as delegate and the next of kin. Mascerenhas’s interim plea in the appeal had also sought certain directions in mandatory judicial inquiry under section 167 of the CrPC into Swamy’s death.

Accepting that his kin were entitled to approach the court, a division bench of Justice Nitin Jamdar and Sarang Kotwal asked the lawyers to file fresh independent petition with similar prayers, instead of present interim application through Mascerenhas in pending appeal, which had abated due to Swamy’s death.

After taking instructions, Swamy’s lawyers submitted that they will withdraw the present interim plea filed by Mascerenhas and file a fresh writ petition, which the HC accepted and disposed of the appeals as withdrawn.