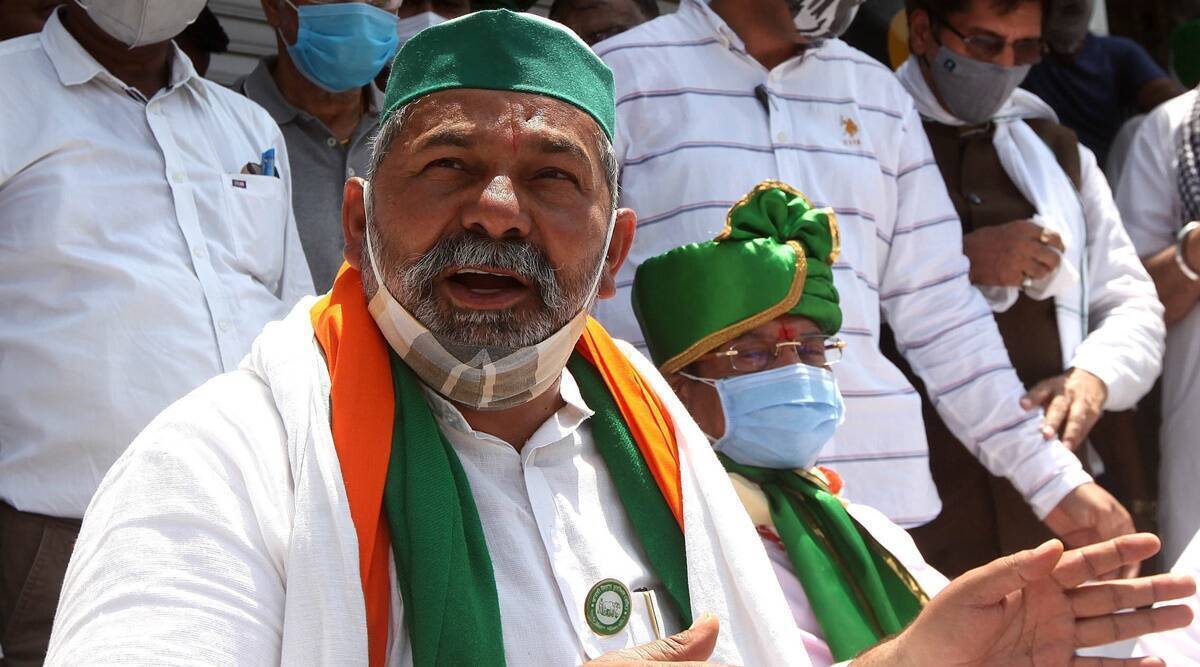 Indirectly referring to Chautala’s resignation from the Assembly in support of the farmers, Tikait said, “Somebody has relied on the Samyukt Morcha…return the favour with something extra, only then will the relevance of the khap panchayats, gurudwaras and Samyukt Morcha be intact.” 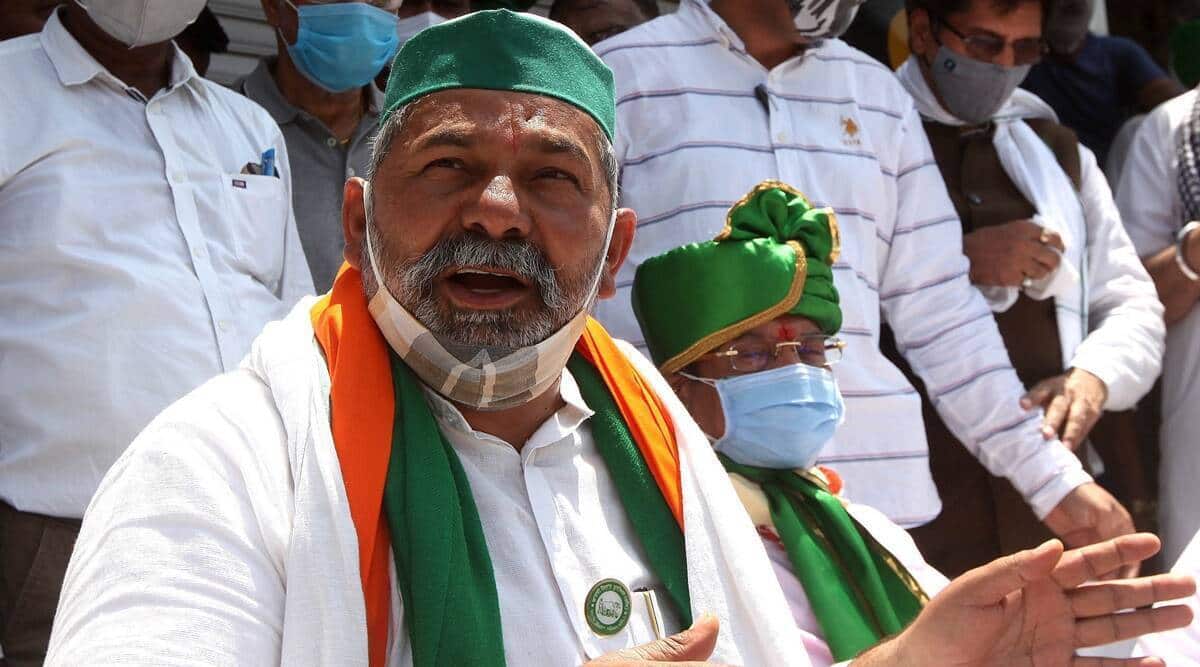 Senior Bharatiya Kisan Union (BKU) leader Rakesh Tikait Wednesday hinted farmers will support INLD candidate Abhay Singh Chautala — who had resigned from the state Assembly in support of agitating farmers in January — for the Ellenabad bypoll where the voting will take place on October 30.

Senior leaders of the Samyukt Kisan Morcha (SKM), including Tikait, also addressed an impressive gathering at Nathiusari Chopta Wednesday which falls in Ellenabad constituency. SKM has already announced to oppose BJP candidates in the polls if the three farm laws are not repealed. This is the first Assembly election in Haryana after the farmers launched the agitation 11 months back.

Indirectly referring to Chautala’s resignation from the Assembly in support of the farmers, Tikait said, “Somebody has relied on the Samyukt Morcha…return the favour with something extra, only then will the relevance of the khap panchayats, gurudwaras and Samyukt Morcha be intact.”

Tikait did not name Chautala or his party INLD but made it clear to the voters whom he is referring to. Tikait reiterated, “Someone kept his bag with us. Today, he is seeking return of it. Return it to him now with additions.” As soon as the audience understood the message, it responded with warmness and burst out in an applause. Leaving no room, the BKU leader asked, “Did you understand what I said? Will you do it for sure?” To which the crowd replied in affirmative.

But to make it clear that the SKM is not siding with any party openly, Tikait said, “We have not extended support to anyone. We are just asking you to return the items to its real owner.”

Chautala had resigned from the Assembly on January 27 at a time when the agitating farmers were on a backfoot following the Red Fort violence during the ‘tractor parade’ on January 26. Before coming to the rally, Tikait and other SKM leaders undertook a 25-km road show while covering several villages of Ellenabad constituency. He addressed another public meeting at Ellenabad town too.

Tikait also announced that the farmers will teach a lesson to the ruling BJP in more polls. He said, “We have treated them in Bengal. They need to be given medicine here (in Ellenabad) too. Little bit of medicine would be sufficient for them. They will be treated in Uttar Pradesh too. They are not to be left without treatment. It will take three years as they are suffering from deemagi bukhar (madness). They will be alright in three years. They will create dramas as a person who turns mad does so.”

He alleged, “Modi sarkar is not a government of a party but big companies are running it. They want to run the government on the basis of power by using government guns.”

While referring to the incident of Lakhimpur Kheri, he suggested police remand of Union Minister of State for Home Ajay Mishra “so that he can reveal names of his associates”. He also said he should be sent to the Agra jail after his arrest.

Referring to the arrest of Mishra’s son in the Lakhimpur Kheri case, Tikait said, “A (red) carpet was placed and a guldasta (bouquet of flowers) was offered to his son before his arrest. Can anyone interrogate the son of the country’s MOS for Home? The seven to eight officers who were interrogating him were transferred.”

Levelling serious allegations against Ajay Mishra, Tikait said, “Nobody is ready to give evidence against them. They have terror there.”