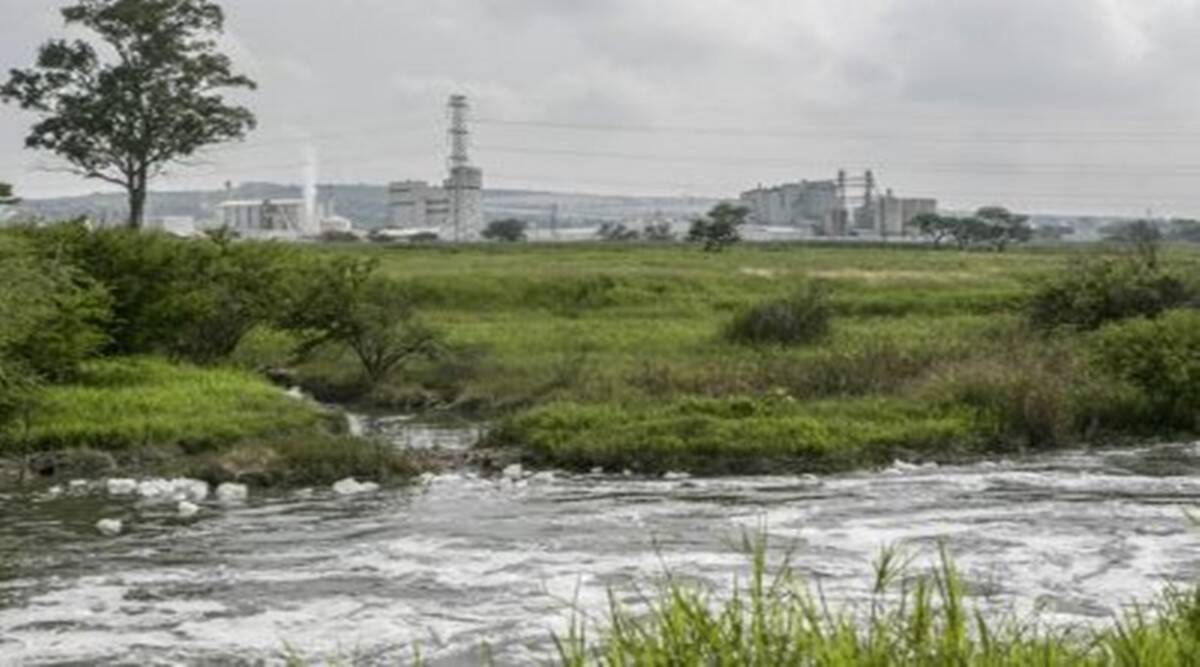 The report, 'Polluted Power: How Koradi And Khaperkheda Thermal Power Stations Are Impacting the Environment', has sought an immediate halt to the discharge of pollutants from power plants and ash ponds. A new study has revealed extensive and rampant water pollution in the areas around two thermal power plants in Nagpur. The study was jointly conducted by the Centre for Sustainable Development (CFSD) in Nagpur, Manthan Adhyayan Kendra in Pune, and ASAR Social Impact Advisors Pvt Ltd. The study collected water samples from 25 locations and found surface and groundwater contaminated with toxic metals.

The report, ‘Polluted Power: How Koradi And Khaperkheda Thermal Power Stations Are Impacting the Environment’, has sought an immediate halt to the discharge of pollutants from power plants and ash ponds. Fly ash is a byproduct of coal combustion, which generates more than 70 per cent of India’s electricity.

This ash is typically mixed with water and stored in large ash ponds lined with dykes to hold the slurry in place. The wet disposal of ash into ash ponds is the most common method widely used in all power stations. These dykes frequent collapse, flooding nearby farms, fields and even homes with toxic ash, which is known to pollute soil, air and water, damage crops and cause cardiopulmonary illnesses.

The report stated, “Almost every water sample in every season, including monsoon, failed to pass the standards set for drinking water by the Bureau of Indian Standards, the IS 10500: 2012 (acceptable limits) and other relevant standards with the sole exception of samples from Water ATM output (an automatic water dispensation system).”

This contaminated ground and surface water is being used by local communities extensively for all purposes, including drinking (with and without treatment), other domestic use, bathing, washing clothes, fishing, irrigation and water for cattle.

“High levels of aluminium, boron, fluoride magnesium and lead in water used for drinking or domestic use has been known to cause serious health hazards like cancer, respiratory, neurological and cardiovascular disorders,” said Dr Sameer Arbat, Interventional Pulmonologist, One Healthcare India.

The study included a questionnaire-based survey of the residents of 21 villages around thermal power plants, collection and testing of water samples from surface and groundwater locations in the area, including Kanhan and Kolar rivers, as well as fly ash samples, to be carried out in three seasons of winter, summer and monsoon. The third part was the direct observations by the study team.

The study found several water samples with toxic elements like mercury, arsenic, lithium and aluminium exceeding the safe limits by 10-15 times. “We initiated this study together given the long history of pollution due to these power plants and their related infrastructure, like ash ponds and the complete failure of official agencies in addressing the problem,” said Leena Buddhe, director, CFSD and co-author.

Shripad Dharmadhikary, co-author of the study and coordinator, Manthan Adhyayan Kendra, said the study has revealed how badly water resources of the area have been polluted by Koradi and Khaparkheda power plants. “Till now, air pollution due to the plants had received some attention, but detailed analysis of water pollution was not available. Our study is probably the first such attempt to comprehensively map out the water contamination due to these power plants,” he said.