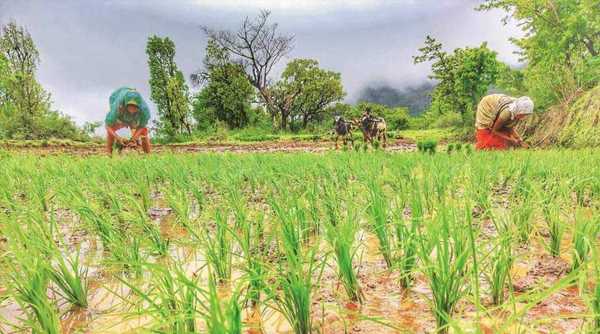 On Friday, groups of farmers — including some women — entered inside Grewal's field, uprooted the paddy saplings and later ploughed the entire land with a tractor, thus destroying the entire transplanted crop. FARMERS, UNDER the banner of Samyukta Kisan Morcha (SKM), on Friday afternoon, uprooted the transplanted paddy from 1.5 acre of land that is owned by BJP leader Harjeet Singh Grewal in Dhanaula village of Barnala district of Punjab.

Grewal has around 17 acres of land in Barnala which he gives out on contract for farming. This year, however, till now paddy was transplanted only on 1.5 acres of land, which had been given on contract to a farmer, Nachhatar Singh.

On Friday, groups of farmers — including some women — entered inside Grewal’s field, uprooted the paddy saplings and later ploughed the entire land with a tractor, thus destroying the entire transplanted crop.

Talking to The Indian Express, Uppali later said, “Grewal is anti-farmer and had always spoken against them. We had warned that no one is allowed to take his farmland on contract. When we came to know that this patch of land has been transplanted, we ploughed it.”

Farmers carrying flags of their unions entered the 1.5-acre field where water had been given to the paddy crop and uprooted all of it. Videos of the act were also made by some farmers, in which some protesters can be heard raising slogans like ‘Kisan Mazdoor Ekta Zindabaad, Harjeet Grewal Murdabad’ as they uprooted the crops.

Contacted for a comment, Grewal said, “I have filed a complaint about the incident to the DGP of Punjab and informed about the same to Union Home Minister Amit Shah, who in turn also had a word with the DGP. Some goons have damaged my crop, I cannot call them farmers. An FIR has also been lodged in Dhanaula police station against the culprits.”

He added, “The loss will be that of Nachhatar Singh, because I had already got an annual contract of this land. I have a total of 17 acres of family land in different patches, out of which paddy was transplanted only in this patch. This land in question belongs to my brother, who is in the UK. I have promised Nachhatar to compensate him for his loss as it was not his fault and he is just a poor farmer.”

He added, “One cannot take law in their hands. In a democracy, everyone has the right to protest and everyone can do farming on their land.”