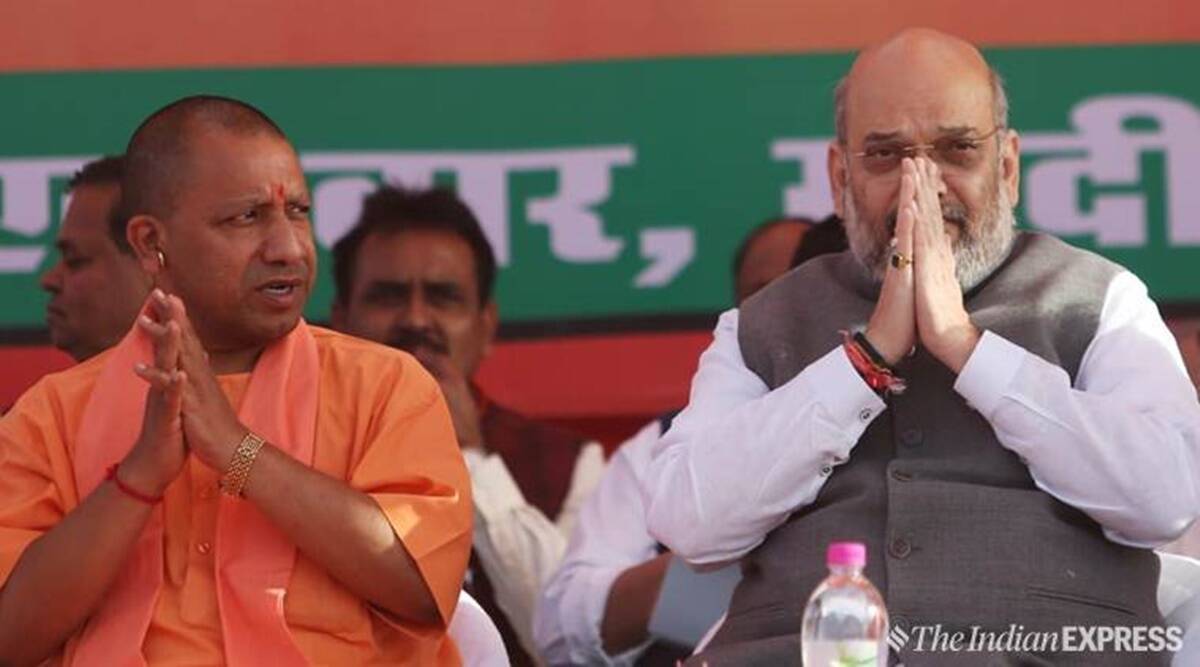 The Union Home Minister made the decisive remark at a function while kickstarting the BJP's membership expansion drive at the Defence Expo Ground in Lucknow and addressing the BJP’s Shakti Kendra conveners and in-charges of the Awadh region. Scotching speculation over the BJP’s Chief Ministerial face in the coming Uttar Pradesh assembly elections, Union Home Minister Amit Shah on Friday said Yogi Adityanath has to become CM in 2022 for Narendra Modi to be sworn in as the Prime Minister again in 2024.

The Union Home Minister made the decisive remark at a function while kickstarting the BJP’s membership expansion drive at the Defence Expo Ground in Lucknow and addressing the BJP’s Shakti Kendra conveners and in-charges of the Awadh region.

On the occasion, the former BJP president also unveiled a slogan “Mera Parivar, BJP Parivar” amid the party consistently dubbing its rivals and opposition parties as “family-run parties”.

“When Modi Ji is the Prime Minister, he gives all that is required by Uttar Pradesh. The foundation of the 2024 Lok Sabha elections, which has to be won under the leadership of Modi Ji, will be laid in the 2022 assembly elections here,” the Union Home Minister said.

Terming the upcoming polls as elections meant to make Bharat Mata a ‘Vishwa Guru’ (world leader), Mr. Shah said after Deepawali, the electioneering will gain momentum and exhorted party men to work dedicatedly for it.

“When the BJP men come out and walk with the lotus flag and its slogans, the opposition parties start feeling threatened,” he said, further exhorting the party men to aim at winning more than 300 seats in the upcoming U.P. assembly polls.

Pointing out that the BJP’s membership expansion drives were started earlier before the 2014, 2017 and 2019 elections, Mr. Shah said the membership campaign before the 2022 elections is being launched on Friday.

Recalling the glorious past of the State, Mr. Shah said since the Mughal rule till the BJP came to power in 2017 with a full majority, it never appeared that Uttar Pradesh is the land of Baba Vishwanath, Lord Ram and Lord Krishna.

He emphasised that the BJP worked for getting the right recognition due to the State and took it ahead to empower it further.

“The BJP has proved for the first time that the governments are formed not for the family but for the poorest of the poor in the State,” he said, taking a dig at various opposition parties.

Attacking opposition parties and leaders, especially Samajwadi Party chief Akhilesh Yadav and his poll-related activities, Mr. Shah said “after the drums of elections were sounded, those sitting at home have come out in new clothes to show that their government is going to be formed”.

“I ask (Mr.) Akhilesh (Yadav) to give an account for how many days he stayed abroad in five years, give the account to the people of U.P.,” he said.

“These people ruled for themselves, for their families and if they had any broader thinking, for their caste men but never for anyone else,” Mr. Shah further taunted.

Recalling the 1990 police firing at Kar Sevaks in Ayodhya during the Mulayam Singh Yadav regime, Mr. Shah said these people in 2014, 2017 and 2019, mocked the BJP with their slogans “mandir wahin banayenge, par tithi nahi batayenge (Will build the temple there but won’t tell the date when it will start)“.

But the foundation stone for a grand Lord Ram Lala temple has already been laid in Ayodhya today and the construction work is on in full swing, he thundered.

Under the guidance of Mr. Modi, Mr. Yogi has run the government for the poor, women, youth and the unemployed, he stressed, lauding the working of the Yogi government.

Mr. Shah also attacked Gandhi and Vadra families along with the SP and BSP.