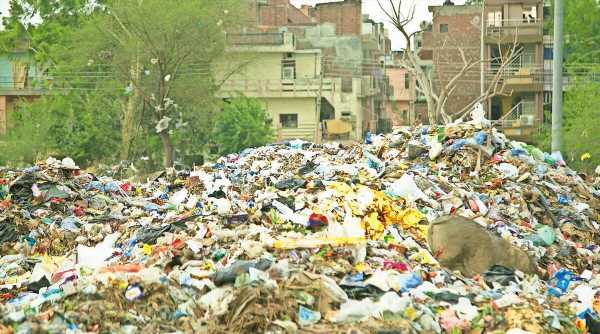 Over the past 26 days, garbage has been piling up in various towns of Punjab as over 10,000 contractual sweepers in around 135 urban local bodies (ULBs) including three municipal corporations and a few nagar panchayats have been on strike, demanding regularisation of their jobs. OVER THE past 26 days, garbage has been piling up in various towns of Punjab as over 10,000 contractual sweepers in around 135 urban local bodies (ULBs) including three municipal corporations and a few nagar panchayats have been on strike, demanding regularisation of their jobs. Most of them have been outsourced by contractors, while a handful of them are getting good pay minus PF and pension benefits.

These employees are sitting on strike but at the same time, not allowing anyone else to clear the garbage.

On June 4, Aam Aadmi Party (AAP) leader Dr Vijay Singla gave a call for a cleaning drive in Mansa because garbage lying on the streets had begun to stink. However, safai karamcharis reached his house to protest. The cleanliness drive was suspended and Singla alongwith his supporters sat at the sweepers dharna to extend support.

In Sunam, another constituency in Sangrur, Congress leader Daaman Bajwa claimed she and her supporters are picking up piled up garbage from the roadside. “Initially, I also faced protest but later I had a conversation with them, now most of the councillors themselves supervise cleanliness operations as our job is to send the garbage to the dumping site,” said Bajwa.

Krishan Kumar, chairman of the Safai Karamchari Union, Sangrur, said: “Most of us are on contract…The Captain government had promised regularise us but they never did it all these years.so we have been on strike since May 14 and till now no solution has been offered to us. A number of employees are given Rs 6,300 salary per month irrespective of the years of service they have put in while many others are not being given any pension and PF benefits since 2004.we also need our life insurance as we are doing high risk jobs including cleaning septic tanks.”

Ashok Sharvaan, president of Safai Sewak Union, Punjab, said, “Outsourced employees must get Rs 9,500 per month as per the Minimum Wages Act but most of them get paid Rs 6,000 – Rs 7,000. Most contractors deduct money in the name of holidays while in select municipal councils, cleaners are told that deducted money is for PF share. Employees don’t know any details about this deducted money.”

Ashok is a regular employee with the Faridkot Municipal Council. “I am fighting for the rights of contractual employees. Employees of three municipal corporations — Moga, Batala and Abohar — have also joined us about 10 days ago while earlier employees of municipal councils and nagar panchayats were protesting. We are aware there is a pandemic. But they have been making false promises to us for the past four years. On one hand they call us Covid warriors and on the other hand, they are not even giving us full perks. Yes, we are not allowing anyone to do safai abhiyaan and this time we will not relent to pressure tactics,” he said.

Subodh Verma, former BJP president, Fazilka district, said, “It is surprising that the Punjab government is sitting on such an important issue for 26 days…Do they want another epidemic? In many areas, garbage piles can be seen in front of civil hospitals as well.”

So far, three meetings of the employees union have taken place with a committee of five ministers including Local Bodies Minister Brahm Mohindra and Finance Minister Manpreet Singh Badal. Puneet Goyal, director, local bodies department, said: “Local bodies minister has been informed about this issue.the committee is looking into it.”