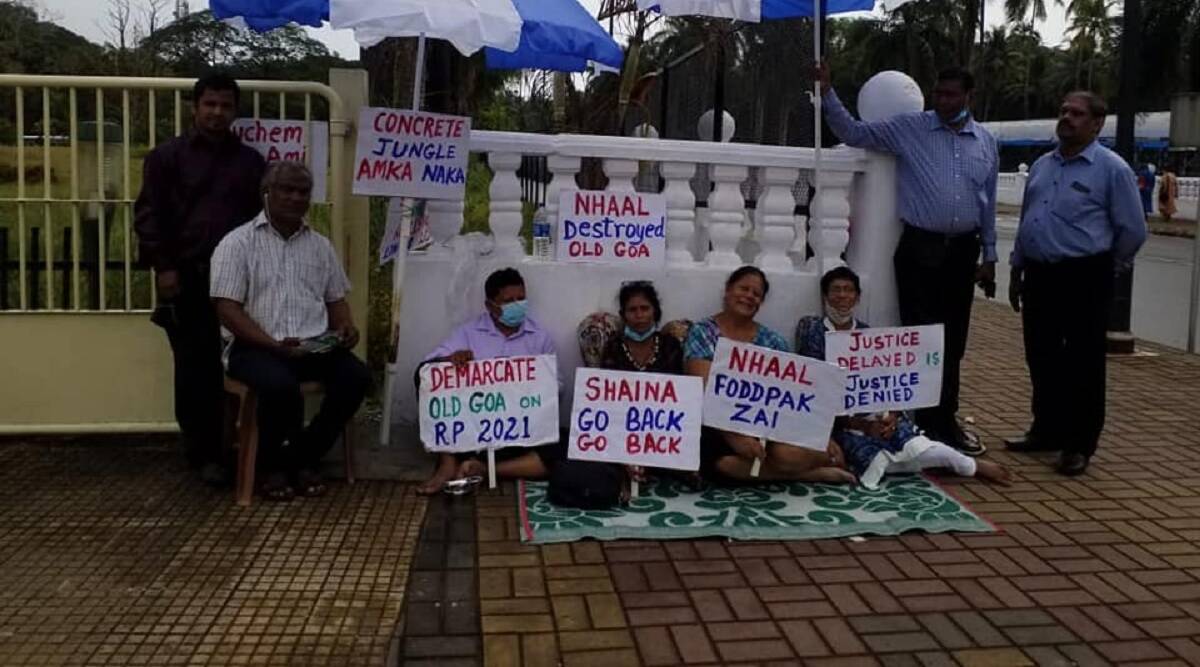 About seven to eight people went without food from 8 am to 6 pm on Wednesday to oppose the allegedly illegal construction. 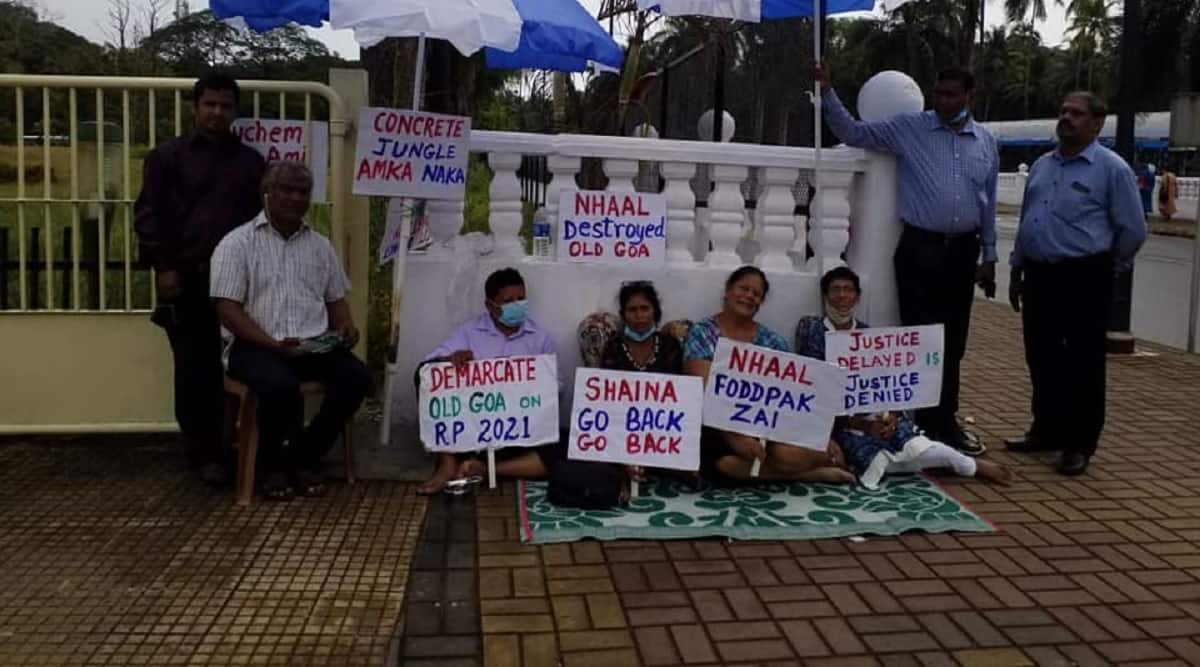 Activists and residents began a satyagraha on Wednesday over the construction of a bungalow in a heritage precinct of Old Goa. What was expected to be a one-day fast is expected to last a week, said activists and members of the Save Old Goa Action Committee (SOGAC).

About seven to eight people went without food from 8 am to 6 pm on Wednesday to oppose the allegedly illegal construction. They sat outside the Bascilica of Bom Jesus, Old Goa’s most popular monument, holding placards.

The bungalow is being constructed in Ella village in the Tiswadi taluka. A part of the land was sold to Mumbai-based developer Manish Munot, the husband of BJP spokesperson Shaina NC, in 2015. The SOGCA, in its letter to Chief Minister Pramod Sawant in September, said: “This is a case of gross misuse of power by the State Government to favour a powerful and influential party.” The SOGAC has also taken the matter to the Supreme Court.

Shaina had said on Tuesday: “I have nothing to say… there has to be some legitimacy.” Munot said Tuesday that he did not wish to comment on the matter. It is learnt that Munot has pulled out of the construction. Both he and Shaina have maintained that they have nothing to do with the allegedly illegal construction.

On the first day of the Novena Mass, ahead of the feast of St Francis Xavier that falls on December 3, protestors sat outside the gate of the Bascilica of Bom Jesus. Activist Anna Gracias, who recently joined the Trinamool Congress, was among those fasting: “Satyagraha is war without weapons. We just pray that this government gets wisdom,” Gracias told reporters.

More are expected to join the fast in protest Thursday onwards, said Glen Cabral, an Old Goa resident. Architect Tahir Noronha said: “We will continue our fast for at least another seven days to see what kind of support we can garner.” Activists said that a number of people visited the Bom Jesus Bascilica on the first day of the Novenas, including Hindus. This helped them create awareness among many residents of Goa who arrived at the Bascilica to pay their respect to the patron saint.

Asked about the construction on Wednesday, Chief Minister Pramod Sawant told reporters: “I will have to look into what is illegal and what is not.”