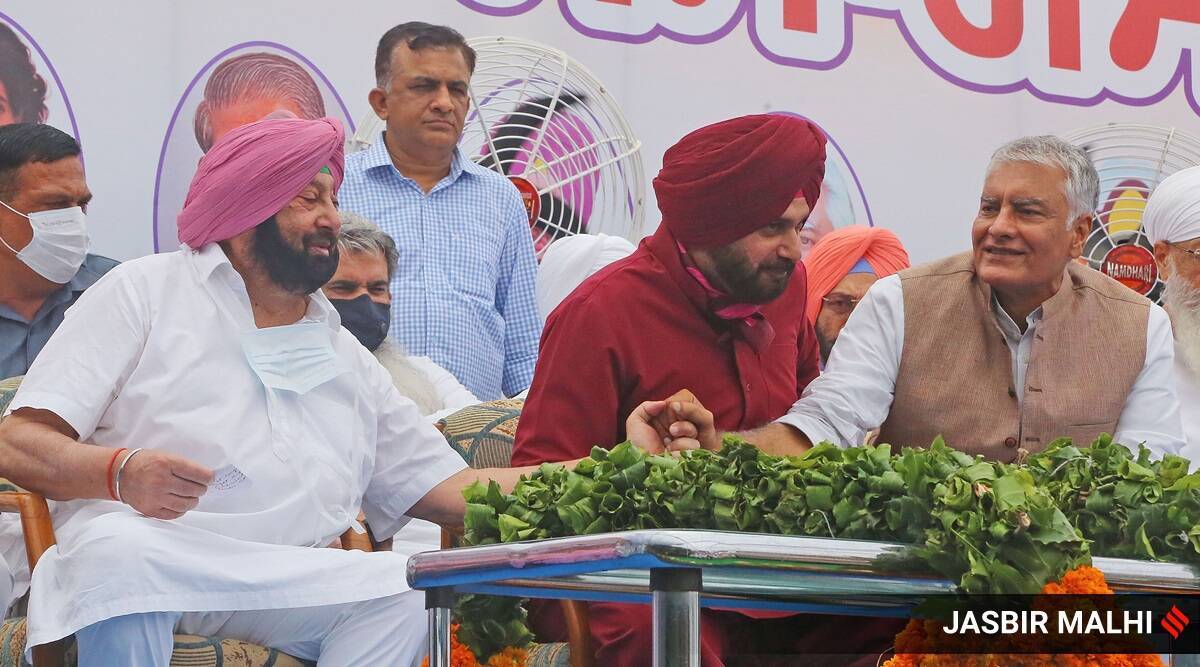 The Congress general secretary in-charge of Punjab had told a TV channel that Sidhu would be the next CM if Congress came to power in the state. Reacting to Congress leader Harish Rawat’s statement that the party will be fighting the upcoming Assembly polls under Sidhu, Jakhar tweeted, “On the swearing-in day of @Charnjit_channi as Chief Minister, Mr Rawats’s statement that “elections will be fought under Sidhu”, is baffling. It’s likely to undermine CM’s authority but also negate the very ‘raison d’être’ of his selection for this position.”

The Congress general secretary in-charge of Punjab had told a TV channel that Sidhu would be the next CM if Congress came to power in the state. The statement came at a time when Sidhu’s followers were upset with Charanjit Singh Channi’s appointment as the new CM.

Jakhar took on Sidhu after the latter opposed the party’s move to name anyone except him as the next CM. There were murmurs in the party that if Sidhu would be announced as the CM’s face at a later stage, it could become an issue with the Dalits who have been raising a voice that their representative was not the party’s choice for the upcoming polls.

As Channi takes the oath at 11 am today, he was at work the whole night placating the Jat Sikh leaders. Late at night, Channi held a meeting with Harish Rawat and central observers Harish Chaudhary and Ajay Maken. Later, he went to the house of Dera Baba Nanak MLA Sukhjinder Singh Randhawa, who was once a frontrunner for being the next CM of the state.

After that, he called on Gidderbaha MLA Amrinder Singh Raja Warring at around midnight. Early in the morning, Channi went to a local gurdwara to pay obeisance before swearing-in.

Meanwhile, Punjab State Farmers Commission chairperson Ajayvir Jakhar has resigned from his post. He is the nephew of Sunil Jakhar.