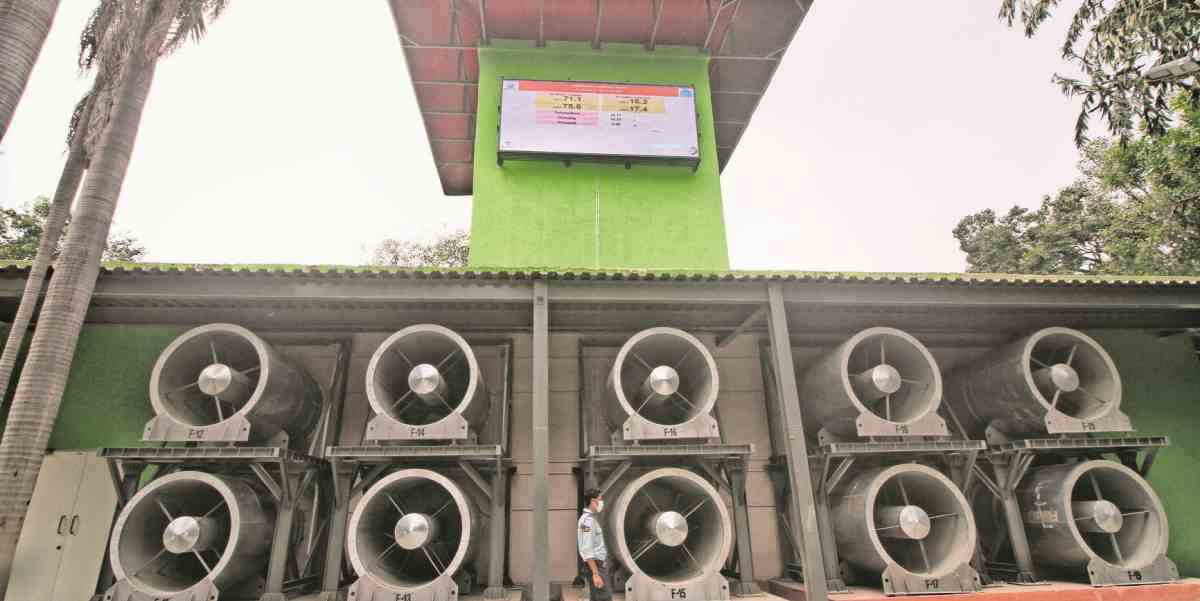 At the smog tower at Connaught Place, near the Shivaji Stadium Metro station, the display board shows real-time PM 10 and PM 2.5 levels measured before and after passing through the tower. With the city blanketed in haze and pollution levels at an unrelenting ‘severe’, what of the Supreme Court-mandated smog towers that are running in Delhi?

The tower runs day and night, except for an hour in the morning when it is switched off for maintenance work, said a worker at the site. The tower has turned into a curiosity for passersby, and some stop outside for a look.

A DPCC official associated with the functioning of the tower said it is too early to draw any conclusions from its working. A team from IIT-Bombay is in the process of installing 10 sensors at different locations within a 1-km radius of the tower to determine what its impact might be at different points, he said. Attempts are also being made to change the fan speed to determine what effect that might have, he added.

“If you suck in air and filter it, the output will be better, there is no doubt. But whether or not this is cleaning the environment is important. If you’re cleaning a tonne of air, you’re cleaning something. But whether or not it is significant is the point, considering the total dusty area that needs to be cleaned… after investing so much money and so much power consumption,” said Dipankar Saha, former additional director, CPCB, and former head of the air quality monitoring division in Delhi.

The smog tower at Anand Vihar stands behind the Metro station and near the bus terminal, in a fenced-off, locked enclosure, not far from a construction site.

The tower, which takes in air at the top, passes it through layers of filters and releases it via fans at the bottom. Save for the sound of the fans at the bottom, which indicate that the tower has been switched on, the display board on the tower provides no information on its functioning. It simply shows the temperature, humidity and pressure, along with the date of inauguration. The tower is expected to have an impact on a 1-km radius.

The Central Pollution Control Board (CPCB) is the nodal agency for the tower at Anand Vihar, an area that is one of 13 polluted hotspots in the city listed by the CPCB and the Delhi Pollution Control Committee (DPCC).

Going by data from the CPCB, the DPCC’s monitoring station at Anand Vihar recorded a 24-hour average AQI of 443 at 5 pm on Saturday, well into the ‘severe’ category. The 24-hour average PM 2.5 level at the station was 415 µg/m3, while the maximum concentration recorded was 491 µg/m3.