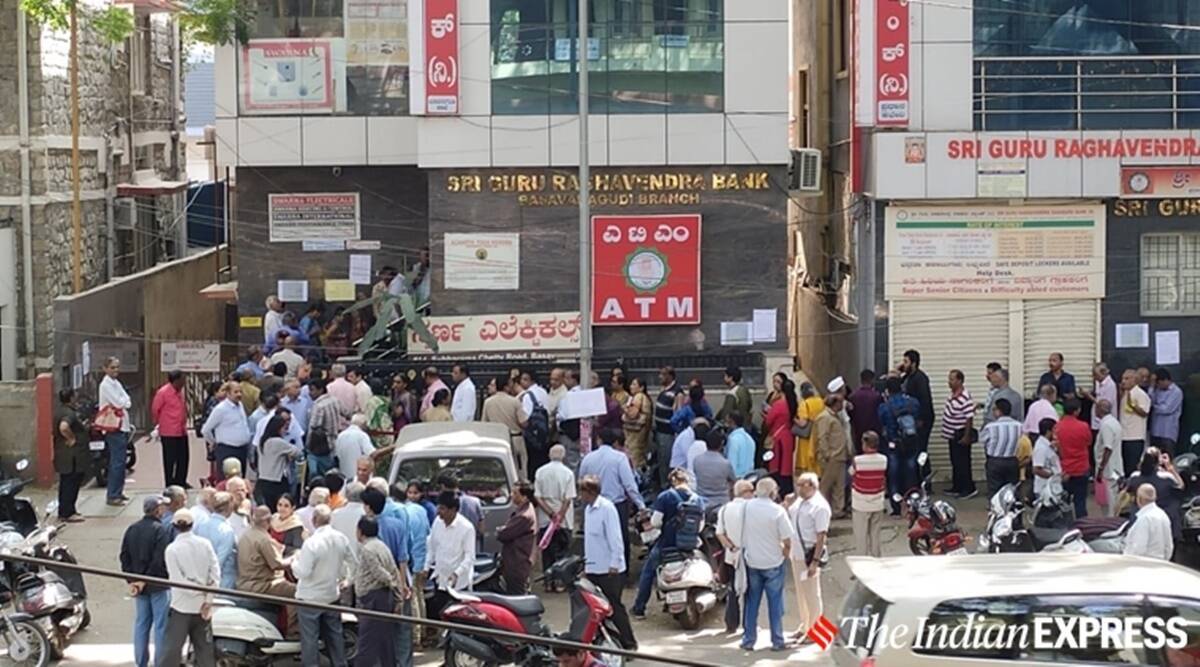 Sri Guru Sarvabhauma Souharda Credit Co-operative Society, a sister concern of SGRSBN, has lost about Rs 284 crore to adjust to the bad loans of the bank illegally While the Rs 1,500 crore irregularities in Sri Guru Raghavendra Sahakara Bank Niyamitha (SGRSBN) in Bengaluru has pushed about 38,000 customers to hardship, the audit of the bank’s sister concern shows that loans worth Rs 60 crore were released to 90 accounts on a single day.

Sri Guru Sarvabhauma Souharda Credit Co-operative Society, a sister concern of the bank, has lost about Rs 284 crore to adjust to the bad loans of the bank illegally. In 174 cases, it was seen that Rs 149 crore benami loans were given without collecting any documents. In a response given by Cooperative Societies Minister ST Somashekar to BJP MLA Ravi Subramanya, it shows that the irregularities of the society were parallelly being carried out with the bank.

The forensic auditing of the financial year 2015-16 showed that Rs 64 crore was misappropriated in one year.

An official from the society said, “the audit report says during 2015-16 we observed that on 27 November 2015, 90 loans against deposits (LDA) accounts were created by extending a loan amounting to Rs 60 crore without any documentation, that is loan applications, KYC and other documents. as per the policy of the society, these loans should be granted by creating a loan against deposits. However, our verification revealed that there were no deposits kept by these applicants. Interestingly, Rs 60 crore was transferred into loan accounts including premature closure of 49 fixed deposits of the society on the same day.”

“The depositors came to know about it only after the scam came to light as the Reserve Bank of India (RBI) imposed a withdrawal limit of Rs 35,000 in January last year,” the official said.

According to the documents accessed by The Indian Express, Rs 90 crore of the society’s money was transferred to various default loan accounts of the bank, to show that the bank recovery of loans was going on a good note. The documents also show that Rs 228 crore deposits collected by the society’s depositors were never paid.

The society in its last report submitted to the Karnataka High Court on June 7 stated that the fixed deposits which were with the society were prematurely closed and were adjusted towards loan accounts by the bank in November 2019.

The society which has jurisdiction to operate in Bengaluru urban, Bengaluru rural, Ramanagara, Chikkaballapura, Kolar, Tumakuru, Chitradurga and Davangere have operated beyond its limits. Prof G Krishnan, a former director of the bank, sold his agricultural land in Tamil Nadu to the society where the sub-registrar’s office showed that the land was sold for Rs 70.7 lakh but Rs 17.7 crore was transferred from society’s account to Krishnan.

The documents provided by the department of co-operatives shows that Rs 4.48 crore was also deposited to the fake accounts created. The criminal investigation department (CID) probe revealed that Rakesh C Varamballi, a BCA graduate who joined the society in 2015, had siphoned Rs 4.48 crore by creating fake accounts and approving loans by himself. While the CID was able to track Rs 94.57 lakh he had transacted, it was found that he had lost money in cricket betting.

While the bank, on one hand, was portraying good results every year with very less NPA, it was already cash-strapped with many irregularities which were yet to come out in the public domain. The society was formed by the same set of board of members and president. Tempting 12.5 per cent annual interest on fixed deposits without TDS deductions, the society became a hotspot for senior citizens to deposit in the society. A former chief justice of India had also deposited money, a source in the society added.

An audit of the bank has revealed that Rs 1,480 crore has been misappropriated and about Rs 890 crore or 60 per cent was given as loans to 24 accounts.