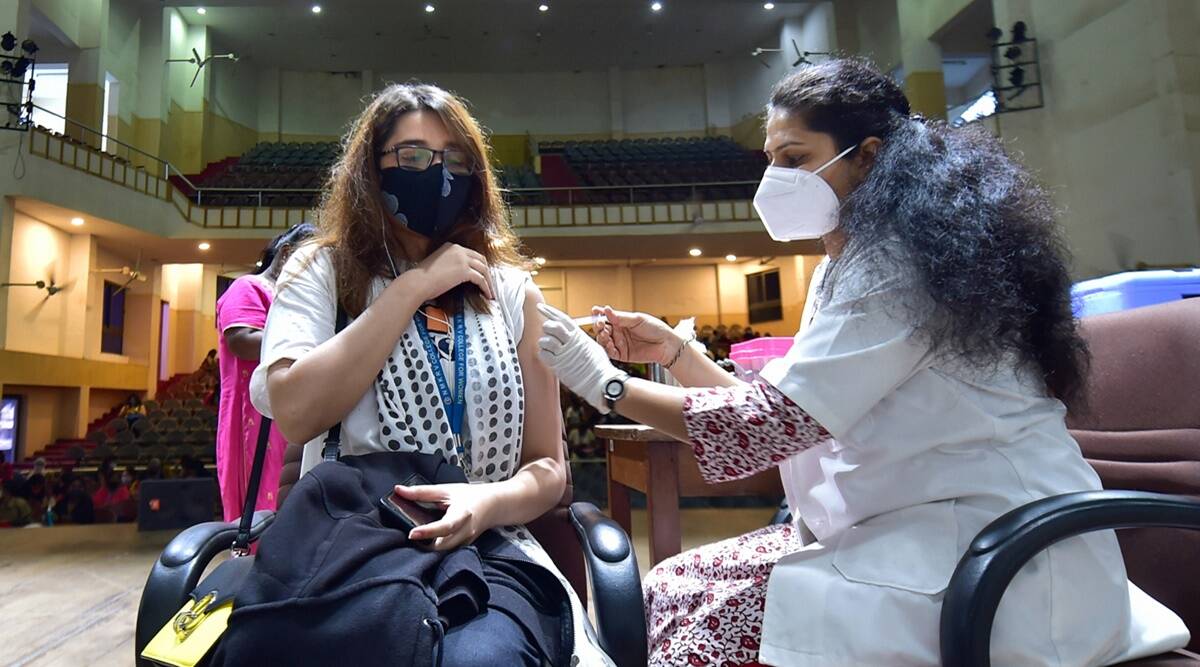 The day also saw 2,537 discharges, continuing to outnumber the fresh cases, taking the total number of recoveries in the state so far to 28,06,933.

The total number of active cases in the state is 33,462. While the positivity rate stood at 1.59%, the Case Fatality Rate (CFR) was 2.26%. Districts that reported most related fatalities apart from Bengaluru Urban were Dakshina Kannada, Mysuru (6 each), Belagavi (4), and Chikkaballapura (3).

Karnataka deputy chief minister C N Ashwathnarayan on Wednesday said the state will maintain the pace of administering 60 lakh Covid-19 vaccination doses every month and also admitted that a fall in coverage was noticed in the recent days.

Ashwathnarayan, who is also the head of the ministerial task force in the state, clarified, “The Centre had supplied 60 lakh doses of vaccines in June and a same number of doses for July. If the situation permits, we have been informed that more doses will be allocated.”

Karnataka has been administering between one and two lakh vaccine doses on a daily basis since the beginning of July. Meanwhile, the daily coverage was above 2 lakhs during most days in the second half of June.

Incidentally, over 10 lakh vaccines were administered on June 21, when the Centre’s revised vaccination guidelines came into effect, coinciding with the International Day of Yoga.

As many as 1,148 metro passengers in Bengaluru were fined since July 1 for not following Covid appropriate behaviour (CAB) or not wearing masks, BMRCL officials said on Wednesday.

While Rs 2,82,480 has been levied as penalty on violators between July 1 and July 12, Rs 4,34,140 was collected from erring passengers between March 24 and April 27. Metro operations were then suspended till June 21.

“Although we resumed operations on June 21, we began penalising passengers only from July 1 after making repeated announcements and spreading awareness on the importance of following CAB,” an official added.

In a bid to enhance checks at areas sharing borders with Kerala, police set up six checkposts in Dakshina Kannada. According to Mangaluru Deputy Commissioner of Police (Law and Order) Hariram Shankar, five additional checkposts will be set up at Taudugoli, Nettilapadav, Naarya Cross, Nandar Padpu, and Mudugara Katte apart from the existing at Thalapady.

The move comes in the wake of increasing cases of Zika virus and the Delta Plus variant of Covid-19 in Kerala.

“Police will be deployed in three shifts with medical teams at the checkposts. Parents of students attending SSLC exams in Karnataka will also be permitted to enter without much delay after conducting RT-PCR tests,” he said.

The DCP added that students entering the state would be asked to furnish a negative RT-PCR report once every 14 days. “The same rule will be in place for employees, businessmen and others who frequently travel between Kerala and Mangaluru. If anyone tests positive at these checkposts, the Kerala government will be alerted to place them in isolation,” Shankar explained.