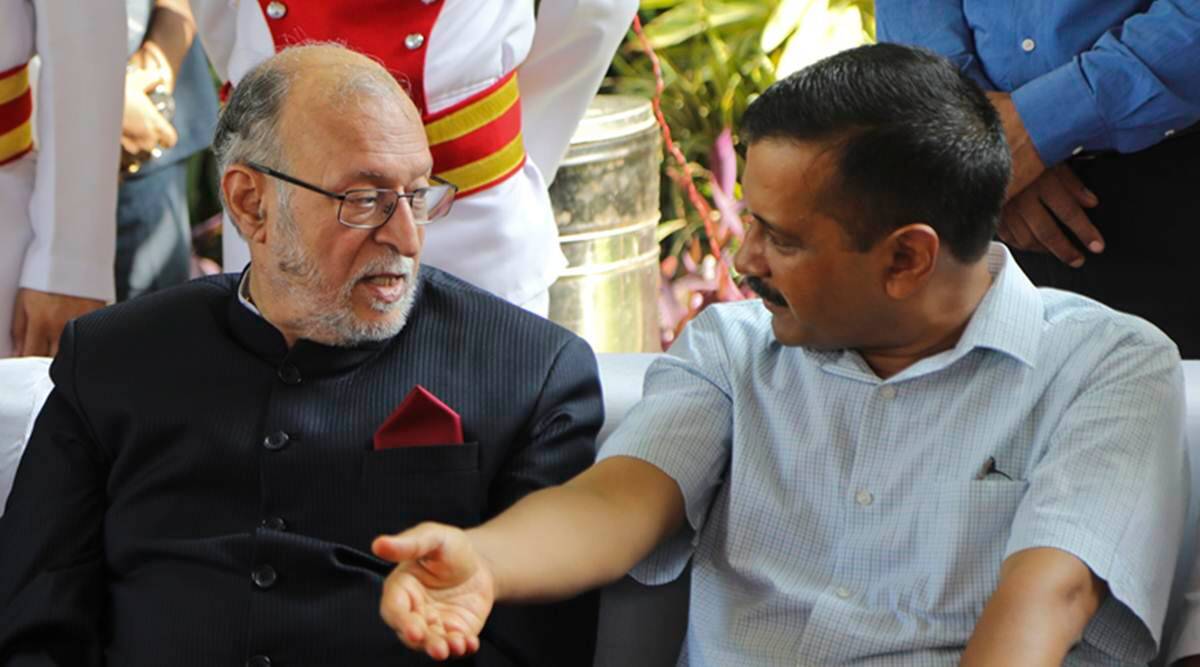 The MHA notification seals the primacy given to the L-G, a nominee of the Central government, in the Act. The Delhi government will now have to take permission from the L-G before taking any action over subjects which were under its domain. Delhi’s lieutenant governor has become the effective in-charge of the national capital with the Centre notifying a new law making it clear the city’s elected government will now have to seek the opinion of the L-G before any executive decision.

The Union Home Ministry’s notification giving effect to the Government of National Capital Territory of Delhi (Amendment) Act, 2021 came on Tuesday night, as the city battles a ferocious Covid-19 wave and its healthcare system is stretched to breaking point.

The provisions of the Act came into effect from April 27, according to the notification issued by the Ministry of Home Affairs (MHA).

Three key subjects in Delhi — public order, police and land – are already in the hands of the Central government while sectors such as health, education, agriculture, forest and transport are with the city government.

The MHA notification seals the primacy given to the L-G, a nominee of the Central government, in the Act. The Delhi government will now have to take permission from the L-G before taking any action over subjects which were under its domain. 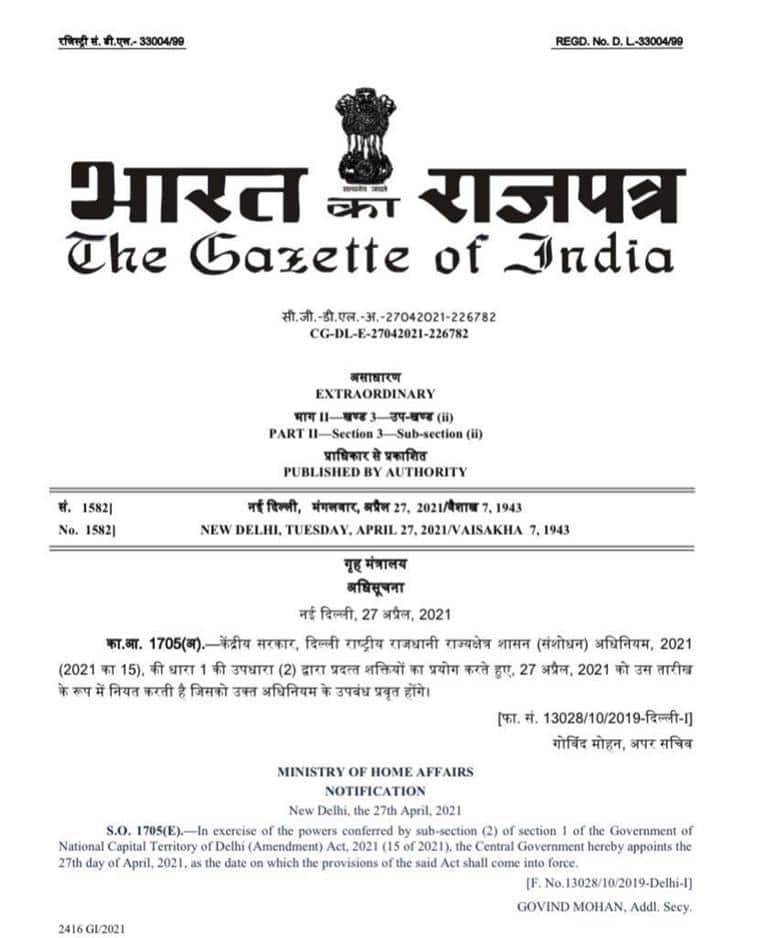 According to the legislation, the “government” in Delhi now means the “Lieutenant Governor”.

“In exercise of the powers conferred by sub-section (2) of section 1 of the Government of National Capital Territory of Delhi (Amendment) Act 2021 (15 of 2021), the Central Government hereby appoints the 27th April 2021 as the date on which the provisions of the said Act shall come into force,” stated the notification signed by additional secretary in the MHA, Govind Mohan.

The act has been notified at a time the Centre and the Arvind Kejriwal-led Delhi government are under the spotlight over the handling the pandemic and the subsequent scarcity of oxygen, hospital beds and essential medicines.

On Tuesday, the Delhi High Court came down heavily on the AAP government over its “failure” to check black marketing of oxygen cylinders and crucial medicines needed by Covid-19 patients. If the state cannot handle the situation, it will ask the Central government to take over gas re-filler units as it can’t let people die, the court said.

When the bill was passed by Parliament last month in the Lok Sabha on March 22 and in the Rajya Sabha on March 24 — Delhi Chief Minister Arvind Kejriwal had termed it a “sad day for Indian democracy”.

“The said bill will promote harmonious relations between the legislature and the executive, and further define the responsibilities of the elected government and the L-G, in line with the constitutional scheme of governance of the National Capital Territory of Delhi, as interpreted by the Supreme Court,” the statement of objects and reasons of the bill stated.

The Centre maintained it is in line with the Supreme Court’s July 2018 ruling on the ambit of powers of the lieutenant governor and the Delhi government after a series of run-ins between the two.

Union Minister G Kishan Reddy had said when the bill was introduced in parliament that the amendments would lead to transparency and clarity in governance in NCT of Delhi and enhance public accountability.

The minister said Delhi is not a full-fledged state and does not have full power and the executive powers of the L-G of Delhi are different from the powers of governors of the state.

Explaining the rationale behind the bill, he said the amendments have been brought to remove ambiguities in the existing Act and stressed that changes in the law have been sought in the spirit of what has been said in a Supreme Court judgment.

The Aam Aadmi Party has said it plans to approach the Supreme Court against the legislation, describing it as an “unconstitutional” attempt to make the Delhi government “administratively impotent” by a political party made “electorally impotent” by the people of the national capital.

The Congress, Trinamool Congress, Shiv Sena, DMK and other opposition parties also termed the bill “unconstitutional” and claimed it will fail judicial scrutiny.

As the city of Delhi, the home of the Central government with inherent problems given the multiplicity of powers, opens a new chapter of governance, the number of Covid cases continues to spiral.

On Tuesday, the city logged a record 381 Covid-19 deaths and 24,149 fresh cases with a positivity rate of 32.72 per cent, according to the city health department.