Though the fire had broken out Thursday late night, it was only on Friday morning, after the flames were doused that the charred body of Neeraj Chaudhary (22) was found. 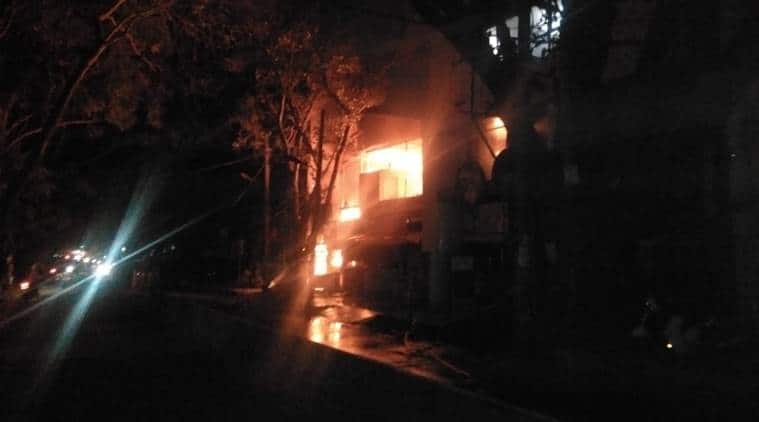 A man was charred to death and another injured after a fire broke out at a plastic recycling unit in Jugiana of Ludhiana. Seven other workers who were inside the building were evacuated.

Though the fire had broken out Thursday late night, it was only on Friday morning, after the flames were doused that the charred body of Neeraj Chaudhary (22) was found.

Police said that no one knew that Neeraj was inside till he was reported missing Friday morning. Police registered an FIR against the owner of the plastic unit under the charge of causing death due to negligence.

The fire broke out at Garg Plastic Unit around 11.30 pm Thursday night. Police said that the unit lacked fire safety equipment and the building structure was also in violation of the norms.

Around 4.30 am Friday when firefighters and police went inside to inspect the building, the charred body Neeraj was found lying near the stairs. Another worker Sonu (21), who had suffered burns, was rushed to hospital where his condition was stated to be stable.

Neeraj was a native of Bihar and had been residing in the factory premises only.

Inspector Inderjit Singh, SHO Sahnewal police station, said, “The owner and other workers claim that they weren’t aware of Neeraj’s presence inside the factory. By the time fire tenders arrived, fire had engulfed entire building. He was burnt to death due to intense fire. However, there were no fire safety equipment inside factory and the construction (of the building) had also been done in violation of norms. Investigation has been started”.

An FIR against the plastic unit owner Raj Kumar of Guru Nanak Nagar was registered under the Sections 304-A (causing death due to negligence), 337 (causing hurt by act endangering life or personal safety of others) and 338 (causing grievous hurt) of IPC at Sahnewal police station, on the complaint of Rahul Chaudhary, cousin of the deceased and also a worker in the same factory.

Maninder Singh, sub fire officer, meanwhile, said that origin point and cause of fire was not yet known. “Before we reached, one injured worker was already rushed to hospital and others had been taken out. No one told us that another worker was trapped inside. We controlled the blaze within hours,” he said.

Meanwhile, Rahul in his statement to police, said that fire started from a spark in the electricity meter of the unit, and soon spread to entire building.

The owner was yet to be arrested.