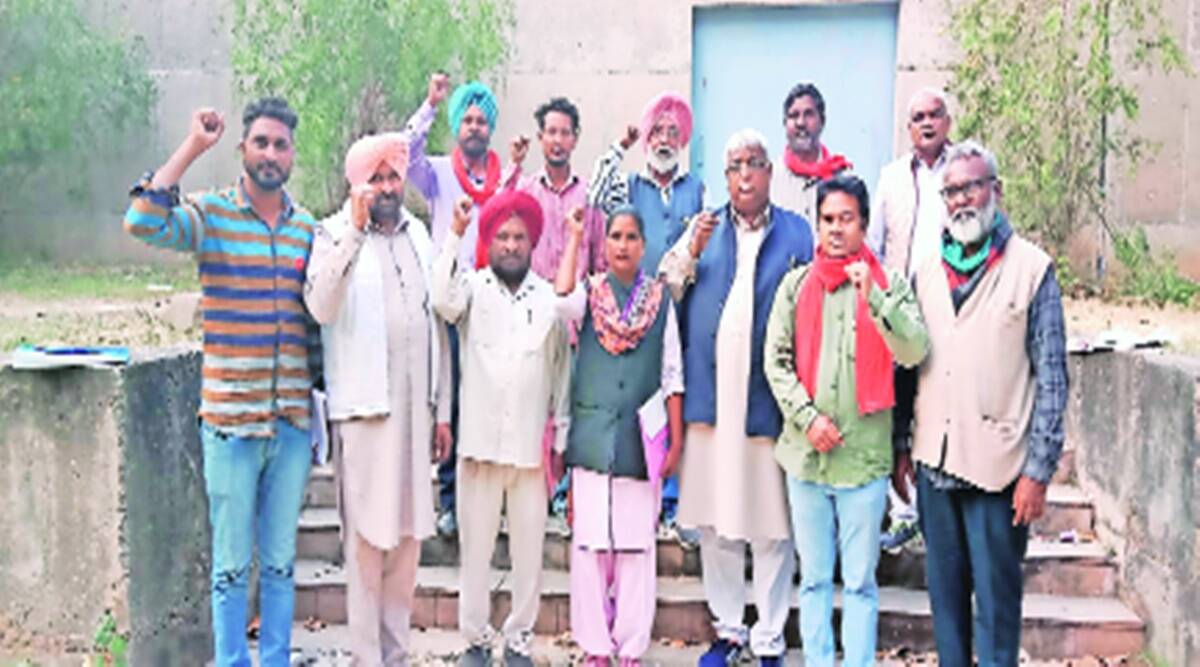 The farm labourers have been demanding Rs 30,000 per acre compensation for those engaged in picking cotton as their earnings got affected due to pink bollworm attasck. A DAY after Punjab Chief Minister Charanjit Singh Channi claimed that his government has most of the demands raised by farmers’ unions, the farm labourers’ unions announced to burn his effigies on two days – November 20 and 21.

On Wednesday, CM held two separate meetings with farmer unions – one with the BKU Ugrahan at CM House at 10 am and another with 32 farmer unions at Punjab Bhawan, an hour later. The farm labourers’ unions too had a meeting scheduled with Hussan Lal, Principal Secretary to CM, at 3pm on Wednesday. However, it was cancelled at the last minute.

Lachman Singh Sewewala, general secretary of Punjab Khet Mazdoor Union (PKMU), said, “We went to meet the principal secretary, but he wasn’t available in his office. We were not intimated about this. On Thursday morning, we got a call mentioning that principal secretary will be meeting us on November 20. We have refused to attend the meeting”.

He added, “Our demands are pending. CM has nothing to claim about it. He claims to have come from a poor family but has failed to do justice with the poor. Now, we will burn his effigies on November 20 and 21 and will go for meeting only if CM attends it”.

The farm labourers have been demanding Rs 30,000 per acre compensation for those engaged in picking cotton as their earnings got affected due to pink bollworm attasck. They also want one-third of the panchayati land to be given on lease to SC families.

Sewewala said, “Power meters were taken away by PSPCL from the houses of those from SC community over non payment of bills. Government had announced to get the meters installed but nothing has been done till date. Labourers are not getting regular work under MGNREGA. We also want the wages to be increased to Rs 600 a day and Rs 5000 per month old age/ widow pension instead of Rs 1500”.

Meanwhile, Sukhdev Singh Kokrikalan, general secretary of BKU Ugrahan said the CM has agreed to raise compensation for damaged cotton crop to Rs 17,000 per acre instead of Rs 12,000 per acre. “He also assured Rs 3 lakh per family to the women killed in accident at Tikri border. The FIRs over stubble burning will be withdrawn. However, he didn’t release any video related to meeting with our union and accepting these demands. He did it on Thursday evening when we lodged our protest. We expect that CM will fulfill his promises soon”.