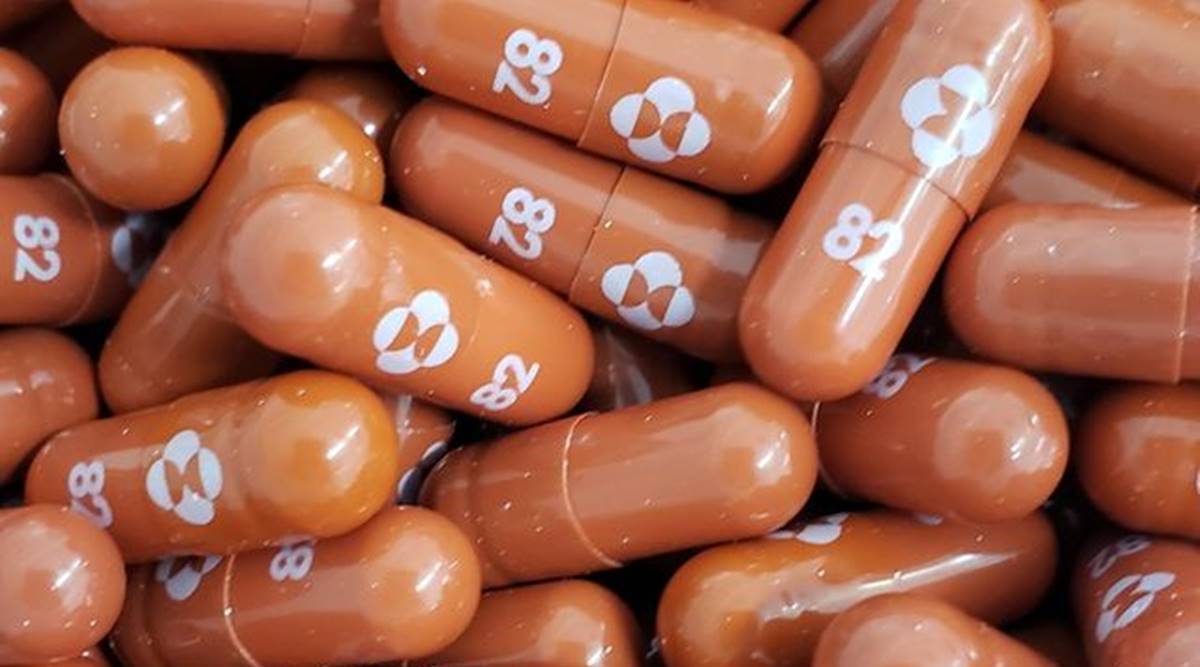 As India moves towards the endemic nature of Covid-19, drugs are going to play a major role in treating the infection, said Dr Shekhar Mande, director-general of the Council of Scientific and Industrial Research (CSIR). Molnupiravir, an antiviral drug against Covid-19, appears promising and trials of several other drugs are in advanced stages of completion, he added. “While a peer-reviewed publication is awaited, based on reports molnupiravir looks promising and will offer a good option,” Mande told The Indian Express on Monday.

Merck in the US and Canada, and Ridgeback Biotherapeutics, have announced that molnupiravir, an investigational oral antiviral medicine, significantly reduced the risk of hospitalisation or death at a planned interim analysis of Phase 3 MOVe-OUT trial in at-risk, non-hospitalised adult patients with mild-to-moderate Covid-19. Molnupiravir, if authorised, could be the first oral antiviral medicine for Covid-19.

Molnupiravir was invented at Drug Innovations at Emory (DRIVE), LLC, a not-for-profit biotechnology company wholly owned by Emory University. It is being developed by MSD in collaboration with Ridgeback Biotherapeutics. In anticipation of the results from MOVe-OUT, MSD has been producing molnupiravir at risk. MSD expects to produce 10 million courses of treatment by the end of 2021 with more doses expected to be produced in 2022.

Rehan A Khan, MD – MSD-India, said they will collaborate with authorised partners to expand access to molnupiravir. “This will also pave the way for a locally manufactured drug to be exported across 100 low and middle-income countries, making India a manufacturing hub for the medicine,” Khan said.

“More tools and treatments are urgently needed to fight the pandemic, which has become a leading cause of death and continues to profoundly affect patients, families and societies and strain healthcare systems around the world. With these compelling results, we are optimistic that molnupiravir can become an important medicine as part of the global efforts to fight the pandemic,” said Robert M Davis, chief executive officer and president, MSD.

The MOVe-OUT trial (MK-4482-002) (NCT04575597) was a global Phase 3, randomised, placebo-controlled, double-blind, multi-site study of non-hospitalised adult patients with laboratory-confirmed mild-to-moderate Covid-19, at least one risk factor associated with poor disease outcomes, and symptom onset within five days prior to randomisation. The primary efficacy objective of MOVe-OUT is to evaluate the efficacy of molnupiravir compared to placebo as assessed by the percentage of participants who are hospitalised and/or die from the time of randomisation through day 29. The Phase 3 portion of the MOVe-OUT trial was conducted globally, including in more than 170 planned sites in countries including Argentina, Brazil, Canada, Chile, Colombia, Egypt, France, Germany, Guatemala, Israel, Italy, Japan, Mexico, Philippines, Poland, Russia, South Africa, Spain, Sweden, Taiwan, Ukraine, United Kingdom and the United States. The most common risk factors for poor disease outcome included obesity, older age (>60 years), diabetes mellitus and heart disease. To date, the Delta, Gamma, and Mu variants have accounted for nearly 80 per cent of evaluable cases in the trial. Recruitment in Latin America, Europe and Africa accounted for 55 per cent, 23 per cent and 15 per cent of the study population, respectively.