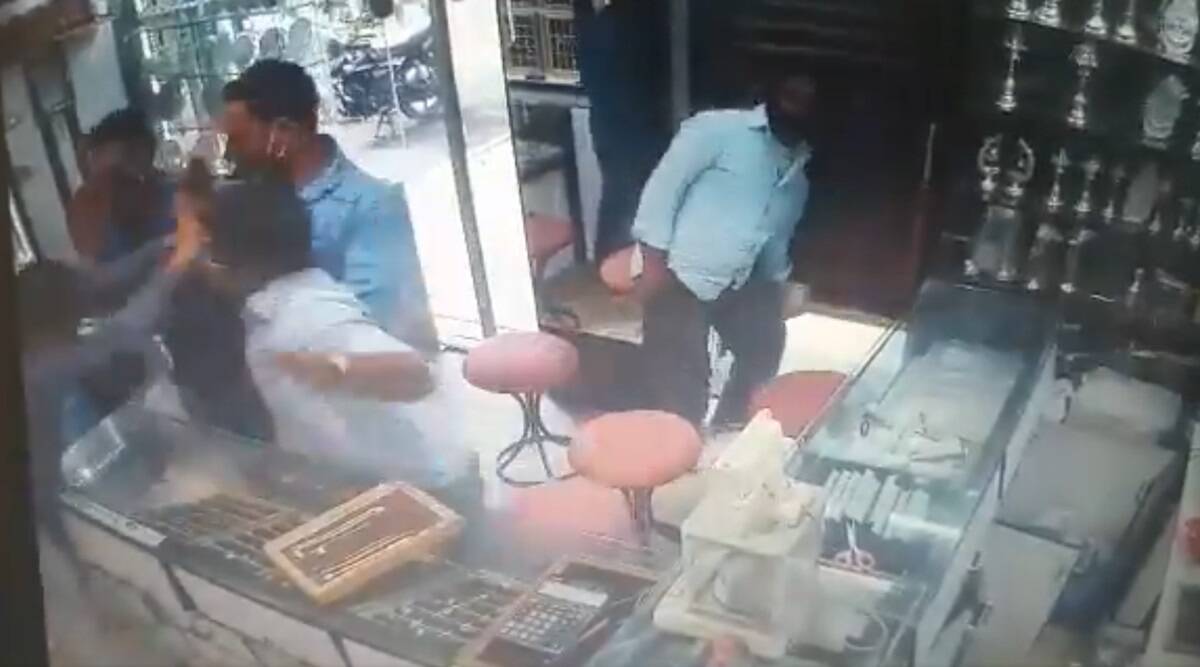 The trio have been directly linked to the Mysore armed robbery and were absconding when they were traced to different locations. Three persons linked to an armed robbery at a Mysuru jewelry store on August 23, which saw the death of one person, have been detained by the Mysuru police from various locations across the country.

One person was picked up near the Pune airport on Thursday, while two others were held from other locations. They are all are being brought to Mysuru, police sources said.

The trio have been directly linked to the Mysore armed robbery and were absconding when they were traced to different locations.

Karnataka police teams are in Rajasthan, West Bengal and Bihar to track down suspects, the sources added.

According to police sources, one of the accused was nabbed near the Pune airport based on credible information. One local person is also said to be involved in the case. After the incident, the accused split into teams and fled to different locations. Police said the accused had done their home work before they attacked the store.

As many as six persons are believed to have been involved in the Mysuru armed robbery and the identities of five are established.

“The crime was carried out purely for gain,” police sources said.

A 7.65mm country made pistol was used in the robbery.

The Karnataka police is also looking at possible links between the Mysuru armed robbery and the shooting of a cloth merchant from Rajasthan that occurred in Holalkere in the Chitradurga district of the state 10 days ago.

On Monday evening, four persons entered the Amruth Gold and Silver Palace, a small jewellery store at Vidyaranyapuram in Mysore, on the pretext of purchasing gold chains. The four robbers who entered teh store one-by-one while a lone attendant was showing jewellery, closed the shutters and attempted to grab some pieces.

Chandrashekar alias Chandru, a resident of Dhadadhahalli, who was outside the store, was shot when the robbers opened fire while trying to leave in a hurry with the stolen gold ornaments. The incident occurred around 5.45 pm.

The victim Chandrashekhar had gone to the shop to buy gold.

His brother Rangaswamy said, “We heard some noises inside and assumed that the owner would open the store soon. As soon as the door to the store opened, three people came running out and the owner screamed for help. One of them opened fire at the owner and my brother and I were right behind the shop owner. One bullet hit my brother. Though we took him to the hospital, he did not survive.”

The crimes in Mysuru and Holalkere are the first instances of the usage of guns for robberies in the two regions.

The police department has announced a reward of Rs 5 lakh to anyone who can provide information in connection with the case.