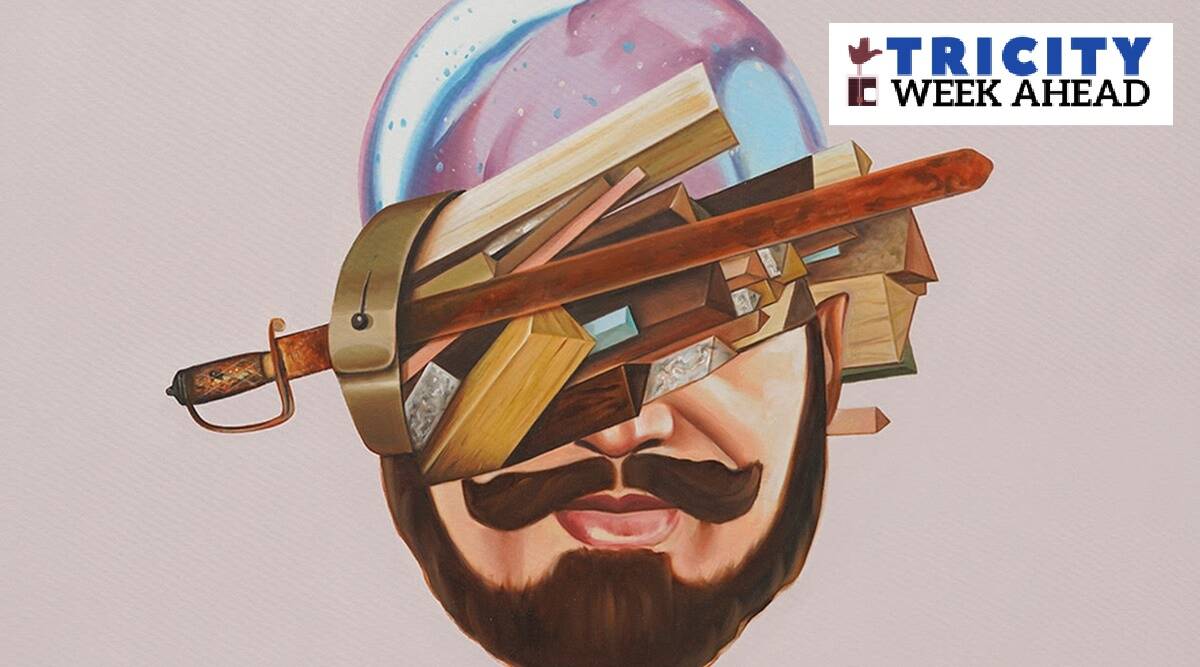 Painter MohinderThukral lives and relives the pain of Partition in his paintings, on display at Punjab Kala Bhawan, Chandigarh, till November 19. 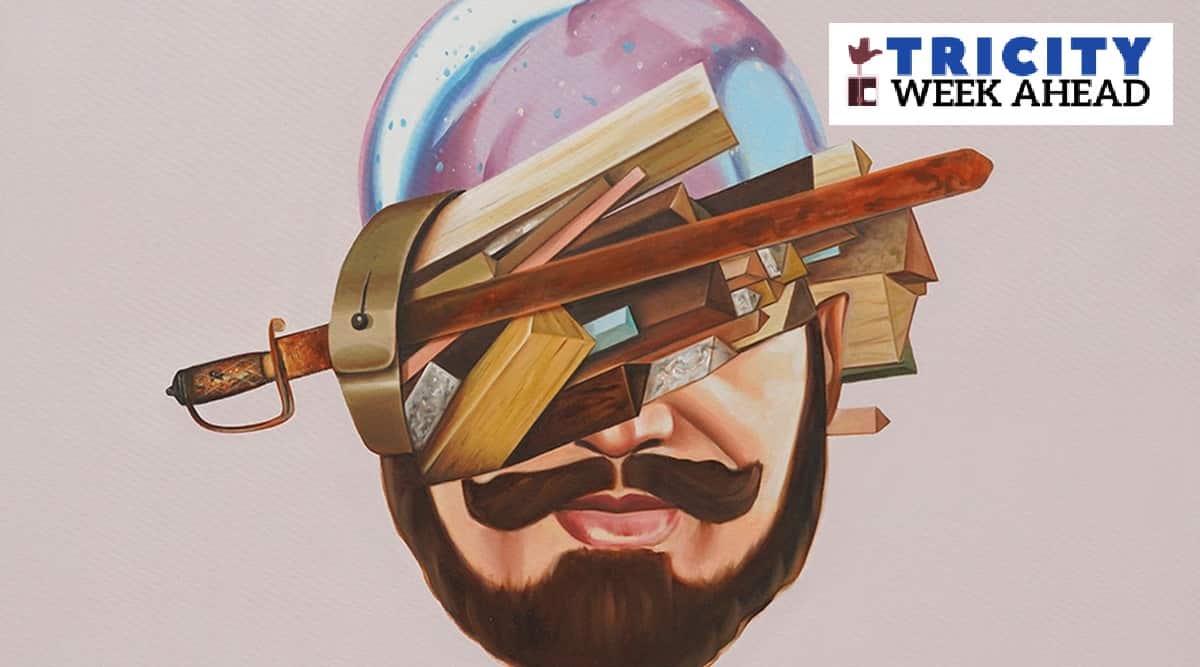 The scars of the past move through the present to make way for the future in the paintings of Jalandhar-based artist Mohinder Thukral, who lives and relives the pains of the Partition of India, especially Punjab as part of an exhibition titled, ‘Vandd\The Divide,’.

Organised by the Punjab Lalit Kala Akademi, the exhibition opened today with an introduction by writer Des Raj Kali and a Kavishri performance by the Inqlabi Kavishri Jatha. A book consisting of the artworks by Thukral and an essay by Des Raj Kali was also be released at the opening of the exhibition. The exhibition is the result of a serious introspection of the painful memories of the brutal happenings of the forgettable past.

It is an endeavour not only to remind us of the horrors and sufferings of millions but also to help us in understanding the intricate and complicated web of thought processes that prompted friends, acquaintances and neighbours, who had co-existed in peace and goodwill for centuries, to become the part of frenzied mobs out to loot, rape and kill. What was it that turned humans into blood-thirsty beasts? Thukral was only a year old at the time of Partition and heard these stories from his mother and her sister and later from his grandfather. Although he lived his life well as a wrestler and a commercial artist, painting billboards for mainstream Hindi cinema of which his brother was a distributor in Jalandhar, yet throbbing memories and pangs of suffering never let him rest in peace.

His inner voice was pulsating to find expression as the artist residing in the dark alleys yearned to translate those memories into visuals on canvas. Now when Thukral is almost 76, he decided to hear that inner voice, and what we see is a powerful set of images that would make many view the haunting past with a new perspective. Seventy-five years after the bloodbath that shook the conscience of the helpless and the humane, on both sides of the dividing line, there is still a stab in the heart.

Silence became the surviving tool and the wounds were kept guarded. Many among the generations to follow remained unaware of the wages of freedom that were paid that side and this side as the Radcliffe line mercilessly divided the nation into two on the basis of religion. Thukral, in his works, strives to understand the how and why of what happened. With this exhibition the Akademi, says Diwan Manna, President, Punjab Lalit Kala Akademi, intends to contribute to the continuation of dialogue by revisiting the wounds of the past, not to hurt but to find means to heal them in the hope of a beautiful future.

The exhibition will remain open till November 19 at, between 11 am and 7 pm.