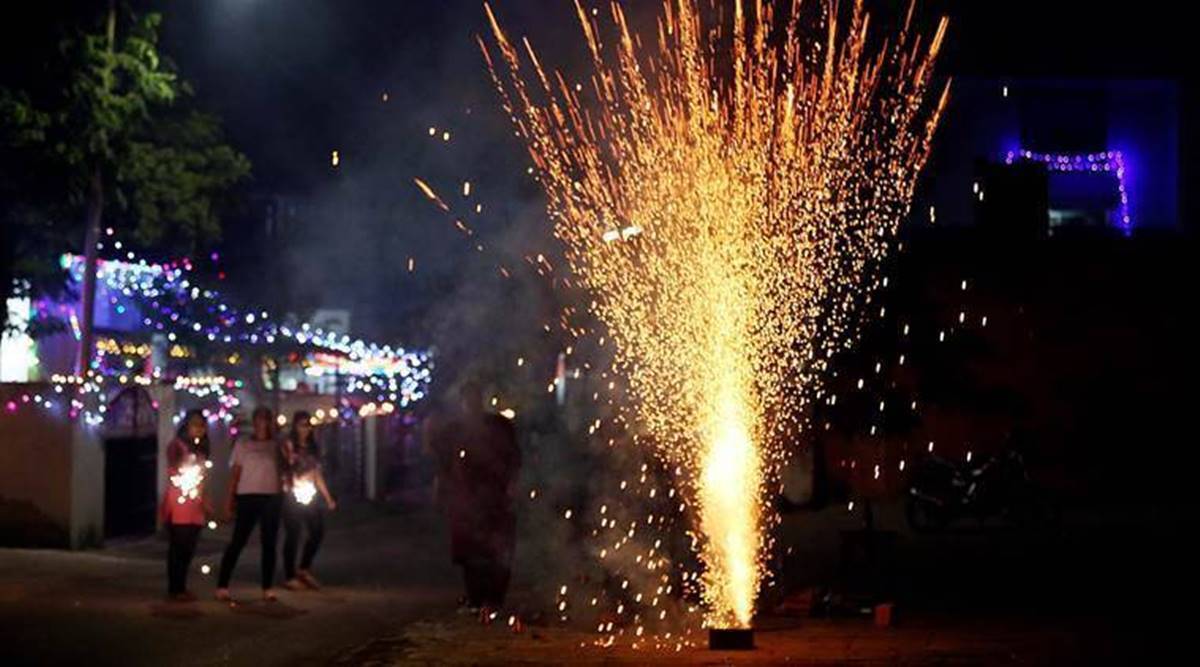 Ahead of Diwali, the regional office of Maharashtra Pollution Control Board (MPCB) in Pune has tested commercially available firecrackers for compliance with noise standards at Tingre Nagar and found them to be within the recommended noise limit of 125 decibels.

Nitin Shinde, regional officer, MPCB, Pune said that there has been an improvement in the manufacturing standards of crackers and, unlike previous years, a reduction in crackers that violate permissible noise limits.

“We have tested 10 single firecrackers, including seven shots, whistling rocket, bomb green, rocket bomb, flower pot and others from Sivakasi-based manufacturers. The maximum decibel level allowed is 125 dBA and most were in the range of 60-100 dBA,” Shinde told The Indian Express.

The chemical composition was written on the majority of the series of firecrackers tested, he added.

However, as part of our guidelines every year, we encourage people to refrain from bursting firecrackers and observe an eco-friendly Diwali, MPCB officials said.

Noise pollution due to firecrackers during Diwali has been identified as one of the major sources of noise pollution in the country. MPCB officials said that they would continue to monitor noise levels during this period to understand the level of noise pollution. For the last several years, MPCB has conducted extensive noise monitoring studies on the day before Diwali, Laxmi Pujan day and Bhaubeej continuously for 24 hours at various locations, including residential, commercial and silence zones.

According to a recent order from the police commissioner’s office, temporary licenses for the sale of firecrackers were being issued from October 27 to Nov 7. However, the bursting of noise-emitting firecrackers has been banned from 10 pm to 6 am during Diwali and the use of crackers producing only light-effects will be allowed. Bursting any type of cracker on a public road and within 10 metres of the side of a public road have been prohibited.

To ensure food quality is not compromised during the festive period, the Food and Drug Administration conducted a virtual meeting with traders on Wednesday and listed some do’s and don’ts. S S Desai, Joint Commissioner, FDA, Pune, said the aim is to prevent sale of substandard, adulterated and poor quality food items. Norms like “best before date” for loose sweets kept on sale should be adhered to apart from ensuring that employees at sweet shops are fully vaccinated, Desai said.