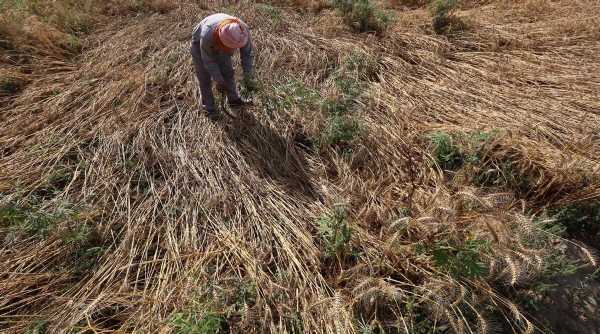 According to a report compiled by the Department of Agriculture, the districts where crop has been affected are Ludhiana, Fatehgarh Sahib, Bathinda and Mohali. This damage is to crop covering 0.33% of the total area under wheat in Punjab, said the report. 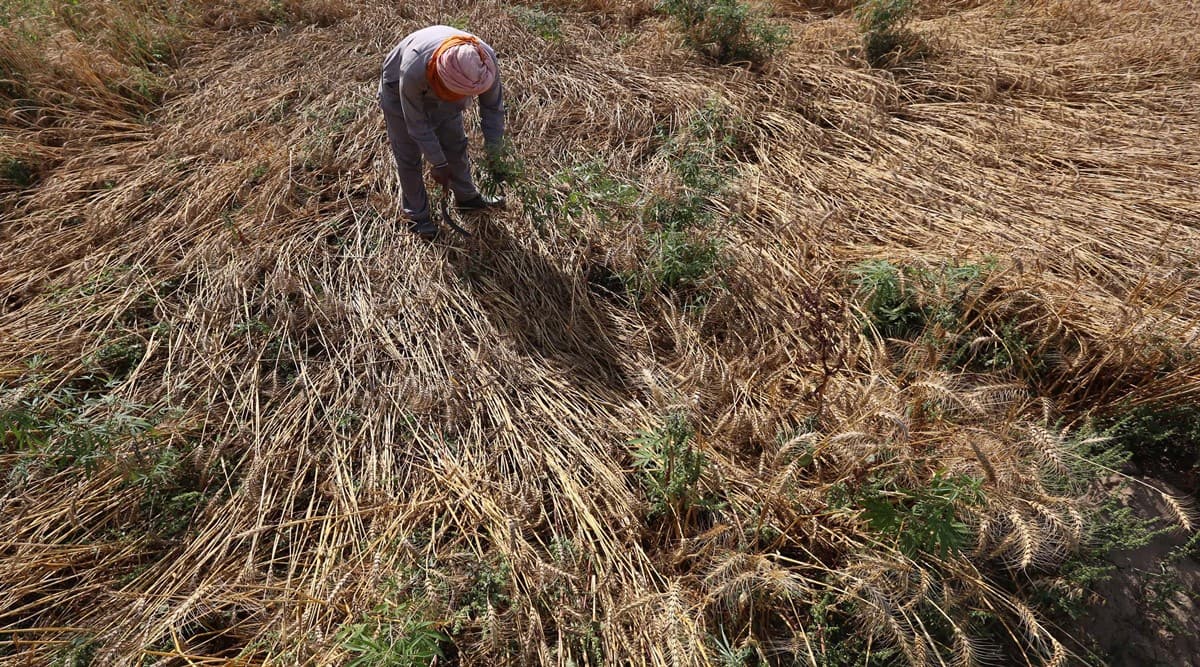 A dust storm followed by rain hit several areas of Punjab Tuesday night affecting standing crop over 11,645 hectares in at least 4 districts. The storm, said experts, is likely to hit crop yield in the affected area by 2 to 3 per cent.

According to a report compiled by the Department of Agriculture, the districts where crop has been affected are Ludhiana, Fatehgarh Sahib, Bathinda and Mohali. This damage is to crop covering 0.33% of the total area under wheat in Punjab, said the report.

Meanwhile in Ludhiana, the damage is the maximum as 6,275 hectare area under wheat has been affected in patches, the report said, adding that the yield may be affected by 1 to 1.5 per cent in this area.

It rained only 1.4 mm on April 7 in Bathinda and hence dust storms with high velocity were more damaging, said experts. Many trees and even electricity poles were uprooted across the state. Jagsir Singh Jhumba, district committee member of BKU (Ugrahan) of Bathinda district said, “Farmers picked trees from Raika feeder canal, Nandgarh-Badal branch of Sirhind canal and another branch of Sirhind canal going towards Doomwali village on their own as the canal department never turned up on time… we kept on cleaning the blocked canal on our own.”

Bitty Singh from Baho village said, “Department officials never came to the spot till 10 am and we started clearing up canals from 4 am onwards. Crops which were sown after harvesting cotton were still green and hence they have suffered damage the most.”

Jagsir added, “Many villages are without power and we have no idea as to when will power be restored. My village Jhumba is one among them.”

SAD President Sukhbir Singh Badal also visited many villages of Bathinda and adjoining areas to talk to the farmers. He demanded immediate girdawari of the damaged area so as to compensate the farmers. Sukhbir visited village Ghudda where he saw flattened wheat fields. Sukhbir said, ”Immediate girdawari needs to be done to assess the loss, hence Punjab CM should issue orders to all the DCs of Punjab to send the report soon.”

It rained 2 mm in Fatehgarh Sahib, while in Ludhiana it rained 4.5 mm. In Mohali, it rained 2.8 mm while 1.4 mm in Bathinda. Maximum rain happened in Muktsar, which was 5.1 mm, followed by Barnala at 5.0 mm. However, in Muktsar and Barnala, no damage to crops has been mentioned by the Department of Agriculture. Overall, average rainfall in the state was 2.5 mm.

Gurvinder Singh, Joint Director, Department of Agriculture, said,”It affected only 0.33 per cent of the total area under wheat in Punjab and the damage is being assessed. It was only in 4 districts, overall weather did not affect crops much in Punjab.”

Procurement of wheat is to start from April 10 in Punjab, so weather continues to worry farmers as they fear for their standing crops.