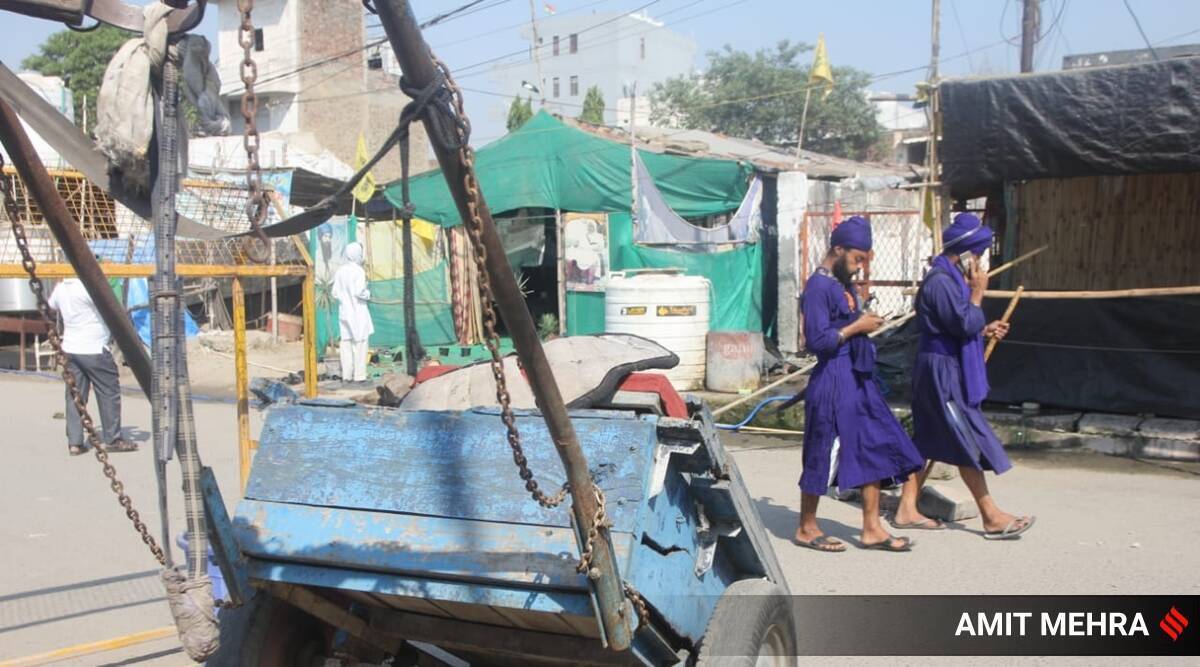 Lakhbir’s family has reached out to the office of Union Home Minister Amit Shah, demanding a CBI probe into the murder, compensation of Rs 50 lakh and job assurance. Punjab Police’s Special Investigation Team (SIT) has not yet been able to determine who took Lakhbir Singh — the 35-year-old labourer who was found lynched at the farmers’ protest site earlier this month, allegedly for desecrating the Sikh holy book — to the Singhu border.

Meanwhile, Lakhbir’s family has reached out to the office of Union Home Minister Amit Shah, demanding a CBI probe into the murder, compensation of Rs 50 lakh and job assurance.

Four people have been booked in connection with the murder so far.

Lakhbir’s family had gotten the cold shoulder from many political parties in Punjab when they reached out seeking help, due to allegations of sacrilege leveled on Lakhbir. However, Punjab Home Minister Sukhjinder Singh Randhawa had formed an SIT to probe the murder and whether there was any conspiracy behind his visit to Singhu as well as the allegations of sacrilege.

This investigation was in addition to the probe into the main case being conducted by Haryana Police.

“So far we have nothing much to share. There is no deadline to complete the probe,” said an SIT member.

The Punjab government had formed SIT “for a thorough and expeditious enquiry into the matter”. However, so far SIT is not sure if Lakhbir went to Singhu on his own or somebody took him there. A week ago, a top Punjab Police officer had told The Indian Express that Lakhbir was taken there by the Nihang Sikh who was the first to be arrested in the case. The officer had said that Lakhbir Singh, who was found with his hand chopped and with multiple injuries, was in touch with the accused Sarabjit Singh. The Nihang Sikh reportedly frequently visited Lakhbir’s village Cheema Kalan in Punjab’s Tarn Taran. Lakhbir’s family and villagers have repeatedly said that Lakhbir had never shown any interest in the farmer agitation.

The SIT was also investigating claims that Lakhbir and Sarabjit Singh were last seen at a cowshed in Cheema Kalan, which is equipped with CCTV cameras. Sarabjit had also confessed to attacking Lakhbir, and is in jail.

However, a police officer said: “We have found no evidence of movement of Lakhbir and Sarabjit near the cowshed from the CCTV cameras installed there.”

Sarabjit is in judicial remand. However, the Punjab Police SIT hasn’t demanded his production remand. “So far we have no witness or evidence on record to suggest that Sarabjit had visited village Cheema Kalan before the murder. We are still probing,” said police.