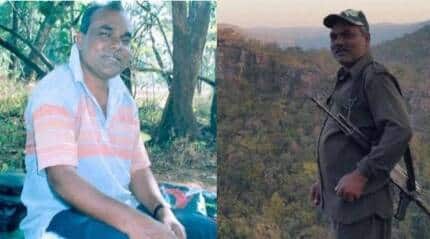 From organising a 15-day residential ‘Naxal camp’ in Pune, recruiting city youths for the Maoist movement and being named an accused in the Elgaar Parishad case, top CPI-Maoist leader Milind Teltumbde, who was killed in an encounter with security forces in Gadchiroli, was known to be active in Pune and surrounding areas, as per Maharashtra Police records.

Later a central committee member of CPI-Maoist, Milind was then known to be a top operative of the Golden Corridor Committee of the banned group, which aimed to spread the Maoist ideology of armed struggle in cities like Pune, Thane, Mumbai, Nashik, Surat and Ahmedabad.

In 2011, the Maharastra Anti-Terrorism Squad (ATS) arrested Milind’s wife Anjela along with her accomplices including some artists of the Pune-based cultural group Kabir Kala Manch (KKM) for their alleged links with the CPI-Maoist. Anjela was found to be residing with a co-accused in Paud area of Pune. Milind and two Pune-based KKM members Santosh Shelar alias Vishwa and Prashant Kamble alias ‘Laptop’, who were later learnt to have allegedly joined the armed Maoist cadres in the jungles of Gadchiroli and Chattisgarh, were named as wanted accused in this ATS case under sections of the Indian Penal Code and the Unlawful Activities (Prevention) Act (UAPA).

As per the ATS probe, Milind Teltumbde alias Jyotirao alias Deepak and Anjela alias Iskara alias Rahi penetrated into the KKM and indoctrinated some of its artists to join the banned CPI-Maoist. The probe also revealed that some KKM members were present for a 15-day “study” camp held at Khed taluka in Pune district by Milind and Anjela sometime around 2010. The alleged Maoist operatives projected this camp as a teachers’ training programme, but they explained Maoist ideology to the participants and showed them a video titled ‘Blazing Trail’ regarding Maoist attacks on police and paramilitary forces.

On April 9, 2012, The Indian Express first reported about this Maoist “study camp”, in Pune. NCP MLA Dilip Walse Patil, the then speaker of the Assembly, and now the state’s Home Minister, had ordered an inquiry into the media reports.

On April 13, 2012, then home minister R R Patil had submitted a reply stating that the probe into this case had confirmed that a 15-day “teachers’ training camp” did take place in Bangarwadi in Khed taluka of Pune district, where information regarding Naxal ideology was propagated. Patil also said there was evidence of wanted accused Milind Teltumbde’s presence in this camp.

All arrested accused persons, including Anjela and KKM artists, were released on bail by different courts. Some of these KKM artists are now behind bars in the Elgaar Parishad case in which Milind Teltumbde was also named as “accused number 11” by the Pune city police. KKM was active in organising the Elgaar Parishad at Shaniwar Wada in Pune on December 31, 2017, ahead of the 200th commemoration of the battle of Koregaon Bhima.

Pune city police have claimed that the Elgaar Parishad was organised as per the strategy of the banned CPI-Maoist. They have alleged that speeches delivered at the conclave and previous campaigns for the event were among the factors that led to widespread violence in Koregaon Bhima area in Pune on January 1, 2018, in which one person was killed and several others injured. Police also alleged that the CPI-Maoist provided funds for the Elgaar Parishad.

Pune Police had booked as many as 23 persons in connection with the case, of whom nine were arrested and others, including Milind Teltumbde, were named as absconding underground accused. The case was later transferred to the National Investigation Agency, which further arrested seven more persons, including Milind’s brother Anand Teltumbde, from different parts of the country.

Pune city police claimed to have recovered a letter from the arrested accused Rona Wilson. This letter dated January 2, 2018, (a day after the Koregaon Bhima violence) was addressed to “Comrade Rona” by “Com M”. The police alleged that Com M is Milind Teltumbde. The letter stated, “the Bhima Koregaon agitation has been very effective….”

Milind’s name had also cropped up in the case involving the arrest of alleged Maoist couple Arun Bhelke and Kanchan Nanavare by the ATS Maharashtra Anti-Terrorism Squad from Pune in September 2014. Following prolonged illness, Nanavare died on January 24, 2021. Bhelke is lodged in Yerwada Central Prison. While deposing as witnesses before a special court in Pune in this case in in September 2020 and March 2021, surrendered naxals Nirangsai Darbarsingh Madavi alias Gopi and Krushna alias Birju Dorpate of Gadchiroli had said that Bhelke alias Rajan worked closely with Milind Teltumbde.

Police have alleged that Milind was travelling in various areas under different names and played a role in allegedly recruiting urban youths in the banned CPI-Maoist and providing them arms training.