The wide pavements of the Pedestrian Plaza in Pondy Bazaar are being encroached by street vendors, who set up shop at various places along the plaza every day. 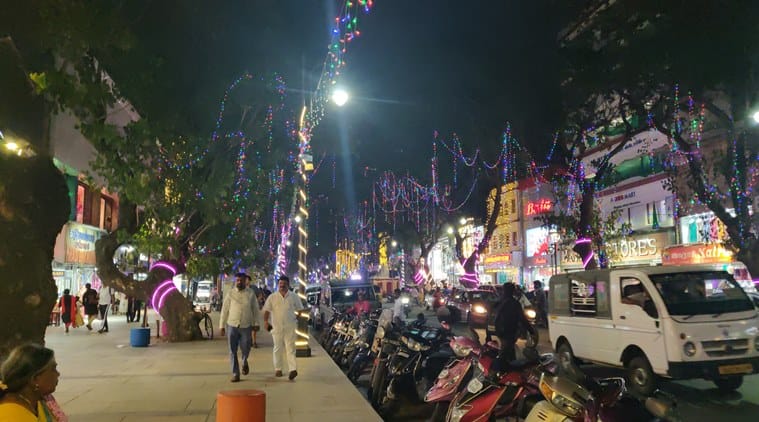 It has been a little over two months since the Pedestrian Plaza in Pondy Bazaar, dubbed as Chennai’s ‘New York Square’ was inaugurated by Tamil Nadu Chief Minister Edappadi K Palaniswami much to the public’s delight.

Following the inauguration in November, the number of customers visiting the plaza has increased owing to the festival season between December and January.

The Pedestrian Plaza, which had been modeled with wide pavements and parking amenities, had evicted street vendors from the streets of the popular shopping hub to make way for the Greater Chennai Corporation (GCC)-owned Platform Shop Keepers Business Complex.

However, over the past few weeks, street vendors have begun encroaching the footpaths of the Pedestrian Plaza to display their wares during the day. While the police personnel posted along the plaza reproach the vendors and instruct them to move into the business complex, the vendors merely vanish and reappear a few metres away after a while. 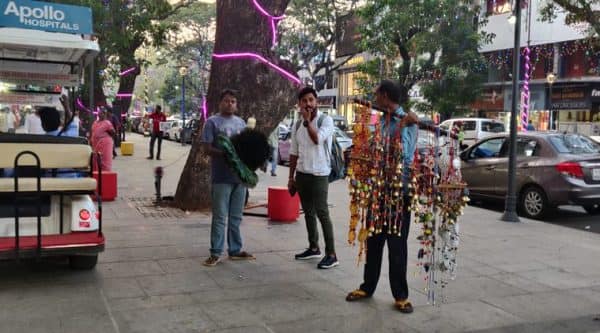 A police constable posted at the Pedestrian Plaza told Indianexpress.com, “We instruct the street vendors to not display their wares on the footpaths. Most of them leave and then come back again the next day. When we ask them to leave again, they plead with us, ‘It is our livelihood. Please let us do our business somehow’. So we let them sell for a few hours and then tell them to leave.”

The street vendors in the plaza indulge in a game of ‘hide and seek’ with the police every day.

A vendor selling jewellery along the plaza said that the police do not allow street vendors to display their wares outside stores in the Pedestrian Plaza in the evenings. “When we see the police coming, we move away and then return once they leave,” he said.

A flower seller outside a popular retail store in Pondy Bazaar said that she and her friends sell their wares in fear. “Every evening, the police patrol the plaza in a jeep, so we hide our wares behind us on the pavement. If the police see our wares, they will come and ask us to vacate. If not, we resume business once they leave,” she said. The flower seller alleged that while EPS had done a great job with the Pedestrian Plaza, it was the police personnel posted in the plaza that were creating ‘problems’ for the street vendors.

Besides the street vendors, the wide and clean pavements of the plaza have also become a home for tipplers, with inebriated men sprawled along the plaza in the afternoons after a night of revelry. 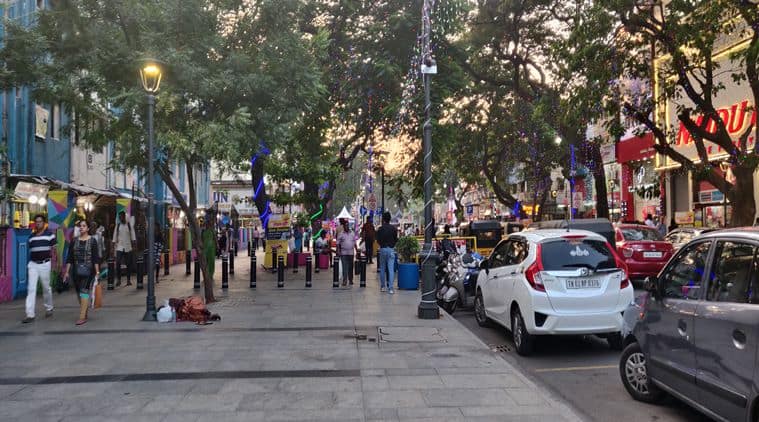 In addition to that, wrappers and garbage can be seen strewn across the plaza. Further, platforms for LCD screens which have been erected every few metres in the plaza have encroached upon the footpaths of the plaza, thus hindering movement in the bazaar. When questioned, a police officer replied that the screens have been placed to play advertisements for the stores. 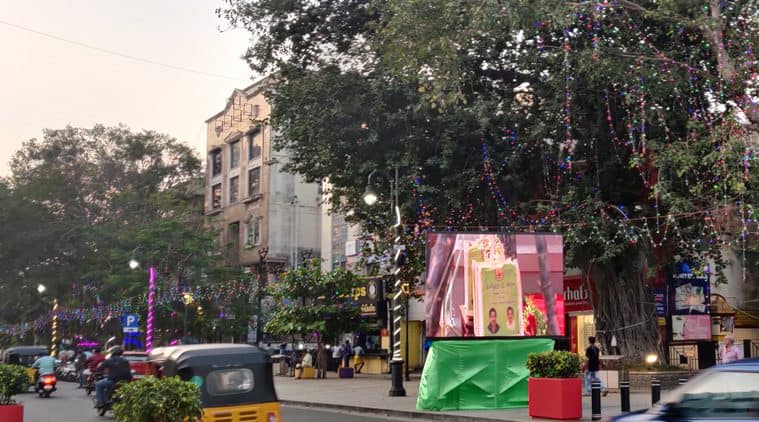 In addition to advertisements, the LCD screens were being used to play Public Service Announcements and songs of the late MGR a few days ago.

For all the latest Chennai News, download Indian Express App