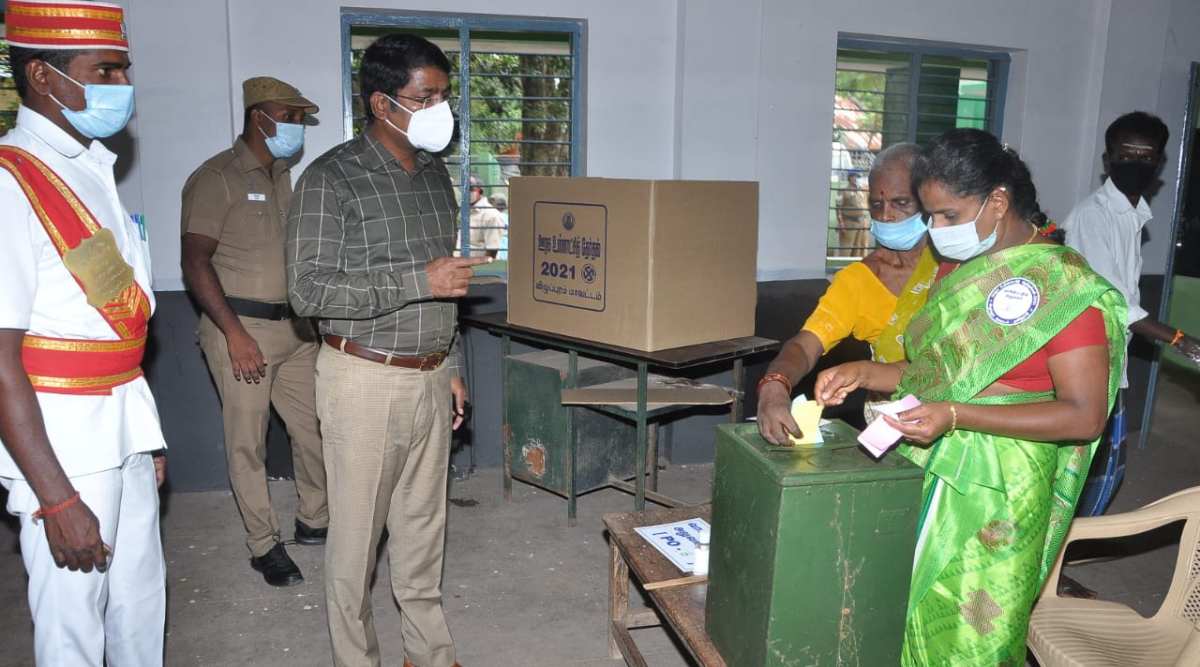 According to the poll body, Villupuram witnessed a maximum voter turnout of 83.6 percent and Tirunelveli the lowest of 65 percent. The polling, to elect about 10,000 posts, was by and large peaceful barring a minor incident of stabbing in Vellore. The State had polled 74.37 percent in the first phase of ordinary elections on October 6.

According to the poll body, Villupuram witnessed a maximum voter turnout of 83.6 percent and Tirunelveli the lowest of 65 percent. While Kallakurichi saw 82 percent, Ranipet: 75.3, Thirupathur: 73.5, Kancheepuram: 72, Chengalpattu and Tenkasi 70 each, respectively, and Vellore registered 68 percent.

Voting which started on a dull note in the morning picked up pace later in the day registering 9.27 percent by 9 am and 60.34 percent at about 3 pm.

Kancheepuram, Chengalpattu, Tenkasi, Vellore, Ranipet, Tiruppatur, Tirunelveli, Villupuram and Kallakurichi were the nine districts that faced two phased polls. Counting of votes will be taken up on October 12.

In Vellore, a DMK member, said to be in an inebriated condition, allegedly stabbed an AIADMK cadre over a wordy duel at a polling booth in Anaikatu in the district. In Gerugambakkam, DMK and AMMK supporters faced off, with some of them sustaining injuries.

The ruling DMK and AIADMK are the major contenders. AIADMK’s ally the PMK chose to contest on its own from all the nine districts, while another ally the BJP is contesting alone in Kallakurichi district.

Meanwhile, the opposition AIADMK has sought the poll body to webcast/telecast the process of counting of votes on October 12 in the districts where the elections were held. In a memorandum to the State Election Commissioner, the party’s legal wing joint secretary R M Babu Murugavel urged the authorities to restrict access inside the polling booths/counting centres for MLAs, MPs and their nominees, agents and also to ensure the ballot votes were counted at a static place.