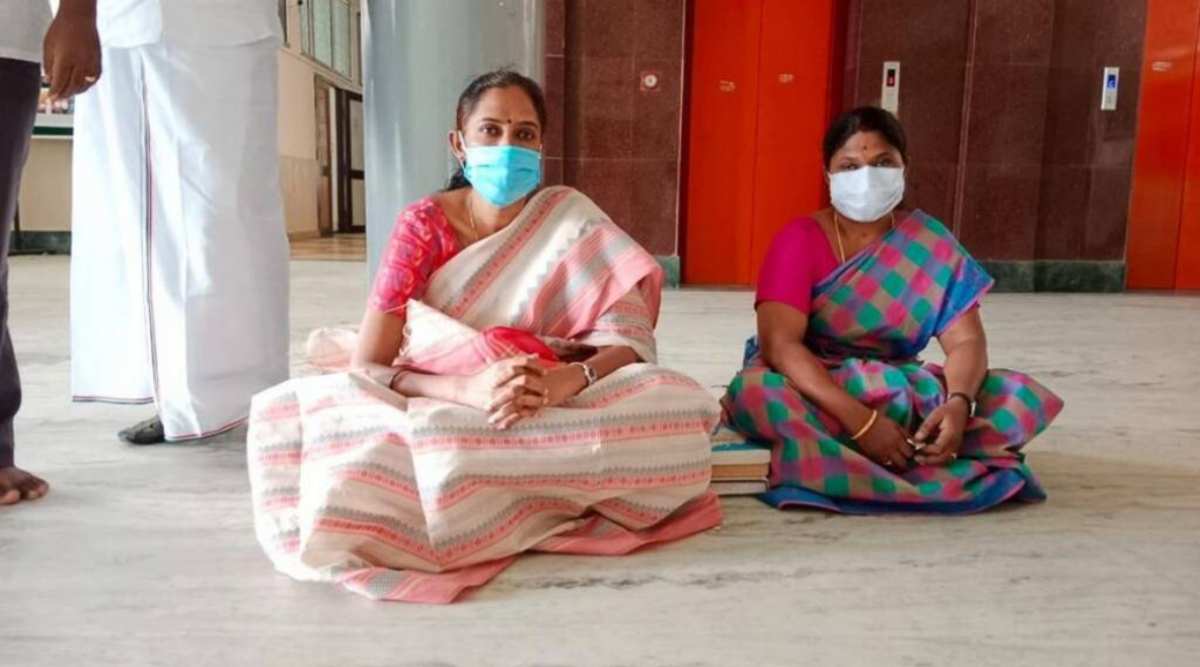 🔴 The MP said the collector was not allowing her to conduct camps to select beneficiaries who can receive assistive devices supplied by the Artificial Limbs Manufacturing Corporation (ALIMCO) for persons with disabilities. Along with her supporters, Karur MP S Jothimani has been staging a dharna at the Karur district collector’s office for the second consecutive day on Friday demanding that the collector allow her to conduct special camps to select beneficiaries who can receive assistive devices supplied by the Artificial Limbs Manufacturing Corporation (ALIMCO) for persons with disabilities.

Around Thursday noon, the Congress MP took to Twitter and said she would move a privilege motion in Parliament for disallowing an elected MP from carrying out her duties to the people.

The MP said she had sought approval from the Centre to conduct ALIMCO camps. “When Dindigul, Tiruchirappalli and Pudukkottai collectors conducted the camps, why was it not organised in Karur alone?” she asked.

Jothimani further shared a letter written by District Collector T Prabhu Shankar in response to her request to conduct the special camps. In the letter, the collector said there was no delay as alleged by the MP and that they were unable to conduct the camps earlier due to Covid-19 restrictions and later due to mega vaccination camps.

He said based on the directives of the Tamil Nadu government, they are planning to conduct the special camps in all blocks and the MP would be intimated regarding this. He added that, if required, steps would be taken to conduct ALIMCO special camps as per the MP’s request.

“I have personally visited 6300 out of 6800 village (sic) in my constituency. I was shocked by thousands of differently abled people who have sought our assistance. Will I ask for a camp if there was no need? On what basis is the collector not conducting the camps?” Jothimani tweeted Thursday.

She said whether it is a central scheme or state government scheme, they are funded using taxes collected from the people and asked the collector on which basis did he decide that the scheme was not needed for Karur.

Jothimani also wrote to Chief Secretary V Irai Anbu, pointing out that if proper advertising campaigns are held at least 8,000-10,000 persons with disabilities will participate in the special camps from the four Assembly constituencies in Karur, and asked whether assistive devices can be provided to all of them with the state government’s funds alone.

Alleging that the district collector is corrupt, Jothimani said she is hopeful that the state government will stand by her side and insisted that she will not leave the place until the district administration announces the dates on which these camps would be conducted.

On Thursday, the collector Shankar took to Twitter and said, “Truth alone triumphs”. Despite multiple attempts, he could not be reached for comment.