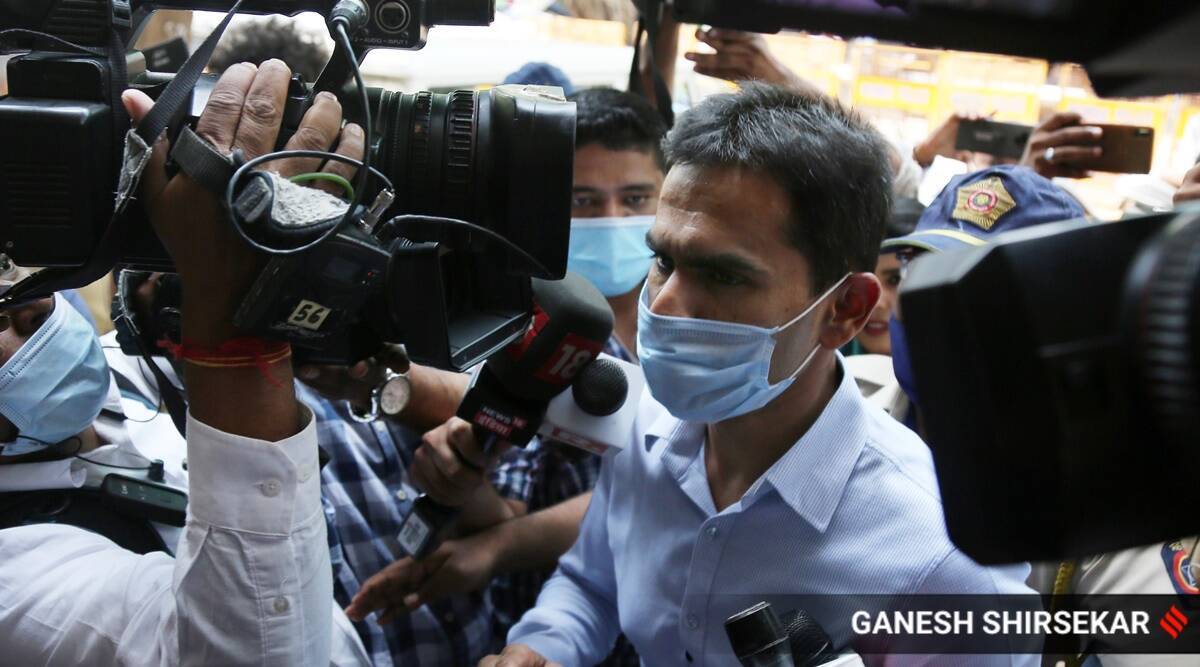 Wankhede had approached the High Court seeking transfer of the Mumbai Police’s probe into complaints of alleged extortion against NCB officers, including himself, to the CBI. THE MAHARASHTRA government Thursday told the Bombay High Court that it will not arrest NCB Mumbai Zonal Director Sameer Wankhede without giving him prior notice of three working days in connection with allegations of extortion and corruption levelled against him.

Wankhede had approached the High Court seeking transfer of the Mumbai Police’s probe into complaints of alleged extortion against NCB officers, including himself, to the CBI.

The officer has been in the eye of a political storm following allegations of extortion in the high-profile cruise drugs bust case in which actor Shah Rukh Khan’s son Aryan Khan was arrested. He had led the team that conducted the alleged drugs bust.

Wankhede is also facing an NCB vigilance probe into allegations levelled by a witness in the cruise ship case, Prabhakar Sail, of an extortion bid of Rs 25 crore by agency officials and independent witnesses to let off Aryan.

On Thursday, a division bench of Justice Nitin M Jamdar and Justice Sarang V Kotwal said the assurance given by the state government in a statement made by the Public Prosecutor will suffice for Wankhede’s petition. “Needless to state, we have not commented on the merits of the case,” the High Court said.

Wankhede’s lawyers Atul Nanda and Rameeza Hakim claimed that he has realised the “design” behind the complaints against him but did not take names consciously to “keep the majesty of law”.

“There is a vigilance probe ordered against me and the state is going beyond its duty despite me being a Central Government officer probing the case. I will cooperate with the NCB, but now the state has formed an SIT. I am personally attacked by the state and my apprehension is that they will arrest me any day and therefore, interim protection is needed,” Wankhede’s counsel said.

Appearing on behalf of the state government, Chief Public Prosecutor Aruna Pai said Wankhede’s petition is premature and that no FIR has been filed yet. “We had received four applications against private individuals, including Kiran Gosavi (an NCB witness in the alleged drugs bust)… We are just doing a preliminary enquiry and have not registered any FIR,” Pai said.

On Sunday, Wankhede wrote to Mumbai Police Commissioner Hemant Nagrale, seeking protection from likely legal action “being planned” against him by unknown persons to “falsely frame” him in connection wih a vigilance issue.

On Wednesday, NCB Deputy Director General (northern region), Gyaneshwar Singh, said the bureau has started recording the statement of Wankhede in connection with the vigilance probe.