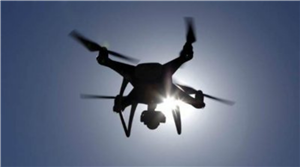 The Srinagar administration warned that the sale, possession, storage, use and transport of drones would invite action. It warned that the sale, possession, storage, use and transport of drones would invite action.

“…keeping in view the security situation apart from concerns of breach of privacy, nuisance and trespass, it is extremely dangerous to let unmanned aerial vehicles to wander around in the skies within the territorial jurisdiction of District Srinagar,” said the order by the Srinagar District Magistrate. “Now, therefore, in view of above, I, Mohammad Aljaz, IAS, District Magistrate, Srinager in exercise of powers vested in me by virtue of section 144 of Cr.P.C impose restrictions/ ban on the storage, sale/ possession, use and transport of drones/s kind of Unmanned aerial vehicles in the territorial jurisdiction of District Srinagar”.

The ban has come a week after two drones dropped explosives on the Indian Air Force Station at Jammu—a first-of-its-kind attack that alarmed the security establishment.

The Srinagar District Magistrate also told people owning drones to deposit them with the police. He announced an exemption on their use for government departments, directing them to inform the police first.

Earlier, authorities in border districts of Rajouri and Kathua in the Jammu region had put curbs on the use of drones and other UAVs. After the Jammu attack, drones had been sighted in multiple areas across the Union Territory.

Sunday’s order said that any “violation of this order shall attract punitive action as warranted under relevant laws”.

“It is further ordered that persons already having the drone cameras / similar kind of Unmanned Aerial Vehicles in their possession shall ground the same in the local police station under proper receipt… Moreover, the Govt. Departments using drones for Mapping, Surveys and Surveillance in Agriculture, Environment conservation and Disaster Mitigation sector shall inform the local Police Station before undertaking any such activity in public interest,” it said.

The District Magistrate has asked the Senior Superintendent of Police to ensure the implementation of the order.