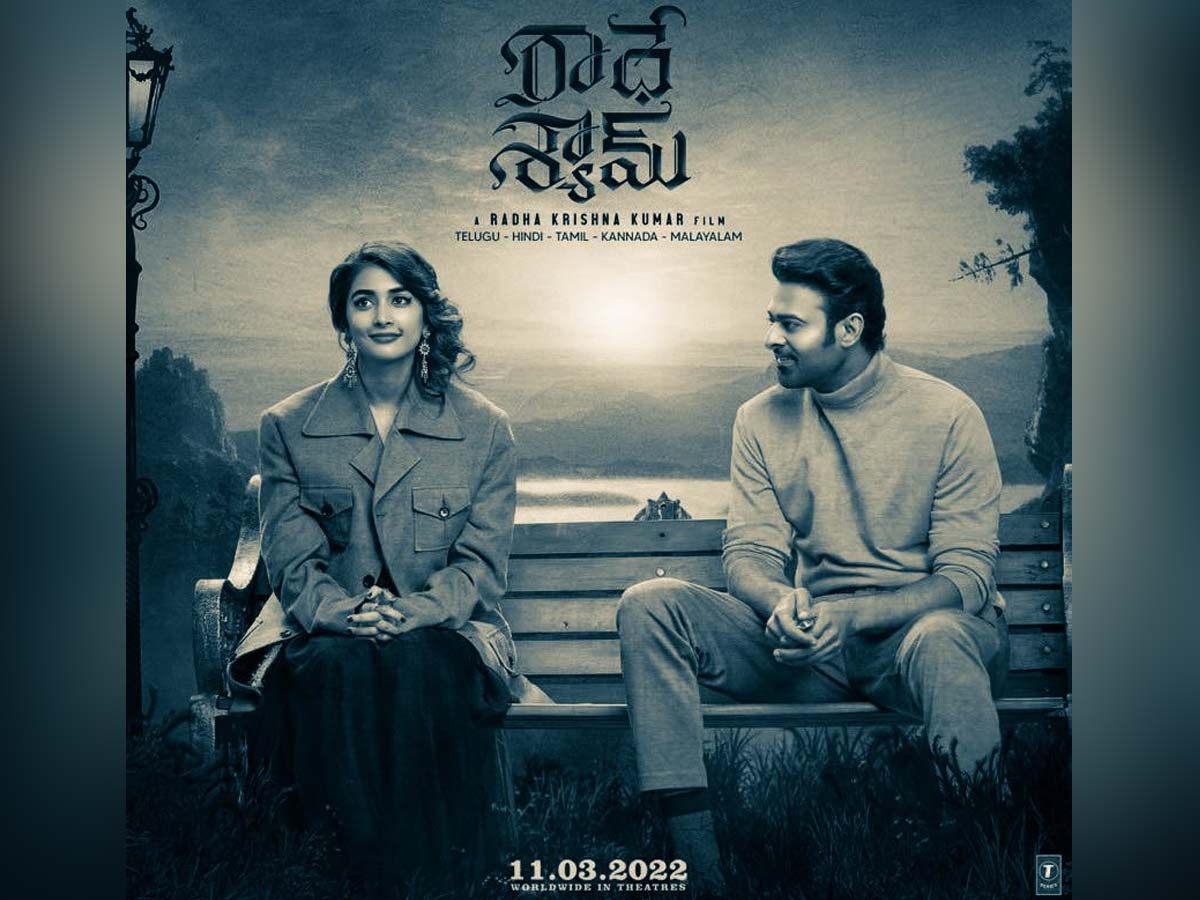 Gopi Krishna Movies ‘UV Creations‘ production of ‘Radhe Shyam‘, directed by Radha Krishnakumar and starring Prabhas and Pooja Hegde, will be released on March 11. Music by Justin Prabhakaran The teaser, trailer and songs of the film were not only good hits but also made the film interesting to watch. Meanwhile.. there are 10 reasons to definitely watch ‘Radhe Shyam’. Come take a look at that:

1) First our Prabhas. After ‘Baahubali 2’, and then Prabhas made ‘Saho’. However, his image did not diminish. This is the complete love story he is doing after ‘Varsham’ and ‘Darling’.
Even more fascinating is the fact that he is going to appear as a palmist in this movie.

3) Pooja Hegde is on the swing with a series of victories. She is the heroine who suits Prabhas Height. So this pair also attracts.

4) Bhagyashree will make a re-entry to Tollywood after a long time. Shots of her were not shown in the trailer. So she is also an attraction..!

5) Prabhas’s elder father Krishna Raju played the role of Paramahamsa in this movie. His look is also good.

6) Manoj Paramahamsa has created the hope that cinematography will look great on the big screen.

7) All the songs composed by Justin Prabhakaran are hits. Will they be even more better in this movie.!

8) Our Taman BGM is another fascinating topic. However he has so far worked mostly for mass movies. Except for one ‘Majili’ he has done little for love stories. So at what range did BGM provide for this huge budget love story..!

9) Director Radha Krishna provided a stylish action entertainer with Jill. But ‘Radhe Shyam’ gives the feeling that it is completely different to his first film.

10) Rajamouli says that the climax came very wonderfully. The story of the film begins and ends with his voice. That is also the point of attraction..!