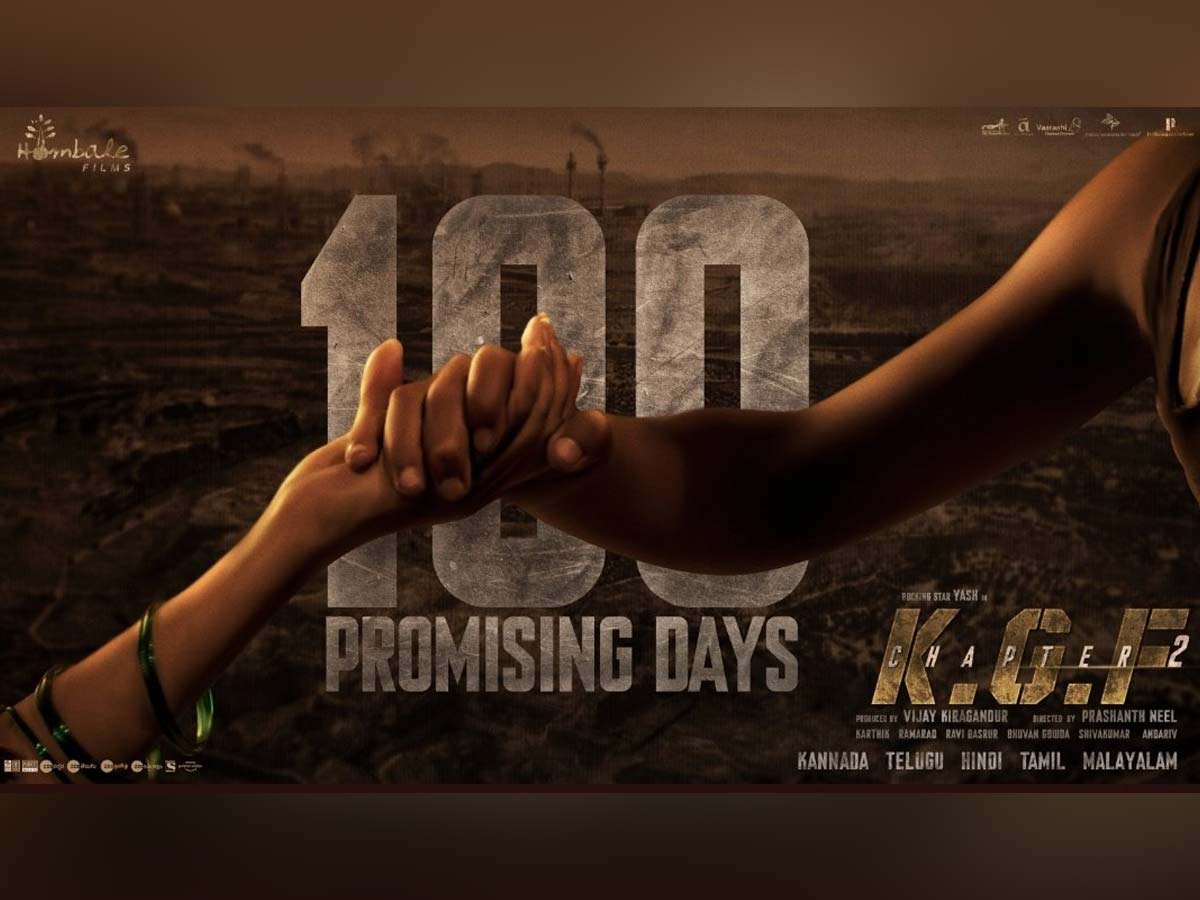 The movie helmed by Prashanth Neel, which came out as the biggest box office hit of Karnataka, has now completed 100 days at the box office. The members of the team couldn’t contain their delight and expressed their delight on social media. The director Prashanth Neel, producer Vijay Kiragandur of Homable Films tweeted on the occasion to share with the netizens how proud they are feeling and thanked everyone. #100MonsterDaysOfKGF2 is currently trending on twitter.

The production house Homable Films tweeted, “Thank You for scripting and stitching this amazing journey for us. We can still feel the jubilation & reverberation all around us. We promise to keep you enthralled with our next #Monster hit and of our home run!”

Prashanth Neel also thanked everyone by tweeting: Thank u to each and everyone for making this happen #100MonsterDaysOfKGF2

On 14th April 2022, the world witnessed a moment that went on redefine history of Kannada cinemas. The much-awaited film KGF : Chapter 2 released and left the viewers dumbstruck with its charm. And now, Yash starre has successfully completed 100 days! Though, it’s been over three months, KGF : Chapter 2 continues to create buzz. Having done a remarkable job, the team was seen celebrating this special day.