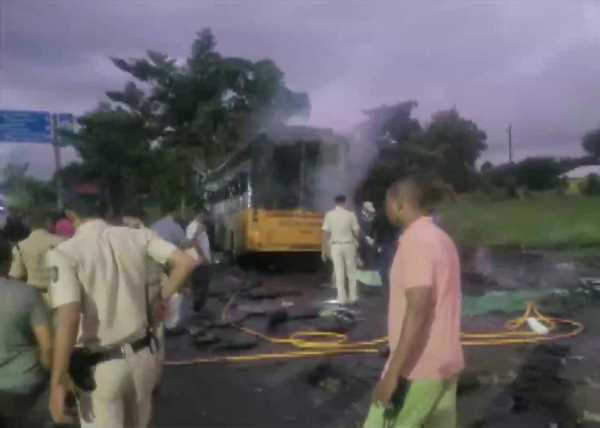 As many as 11 persons were killed and 24 injured after a bus hit a truck and caught fire in Maharashtra’s Nashik city early Saturday, the police said.

The accident took place on Aurangabad Road around 5 am, an official said.

The private bus, a ‘sleeper’ coach, had around 30 passengers. It hit the truck at Nandur Naka and caught fire in a few minutes, the official said.

The injured were rushed to a nearby hospital, the official said.

Most of those killed and injured were bus passengers, he said. The truck was going from Dhule to Mumbai, he added.