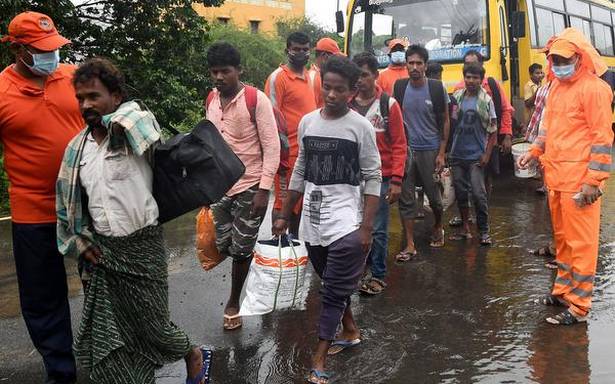 A team of the National Disaster Response Force (NDRF), Arakkonam, evacuated nearly 120 residents of Burma Nagar and Irular Colony near Manali on Thursday. The rescued persons were brought to a shelter of the Greater Chennai Corporation at Andarkuppam.

An official of Zone II-Manali of Greater Chennai Corporation said so far, 550 residents were evacuated and put up at eight relief centres in the zone. Members of the Irular community, who were evacuated, were brought to the Andarkuppam centre. At present, there were seven NDRF teams in and around Chennai, Tiruvallur and Chengalpattu districts.