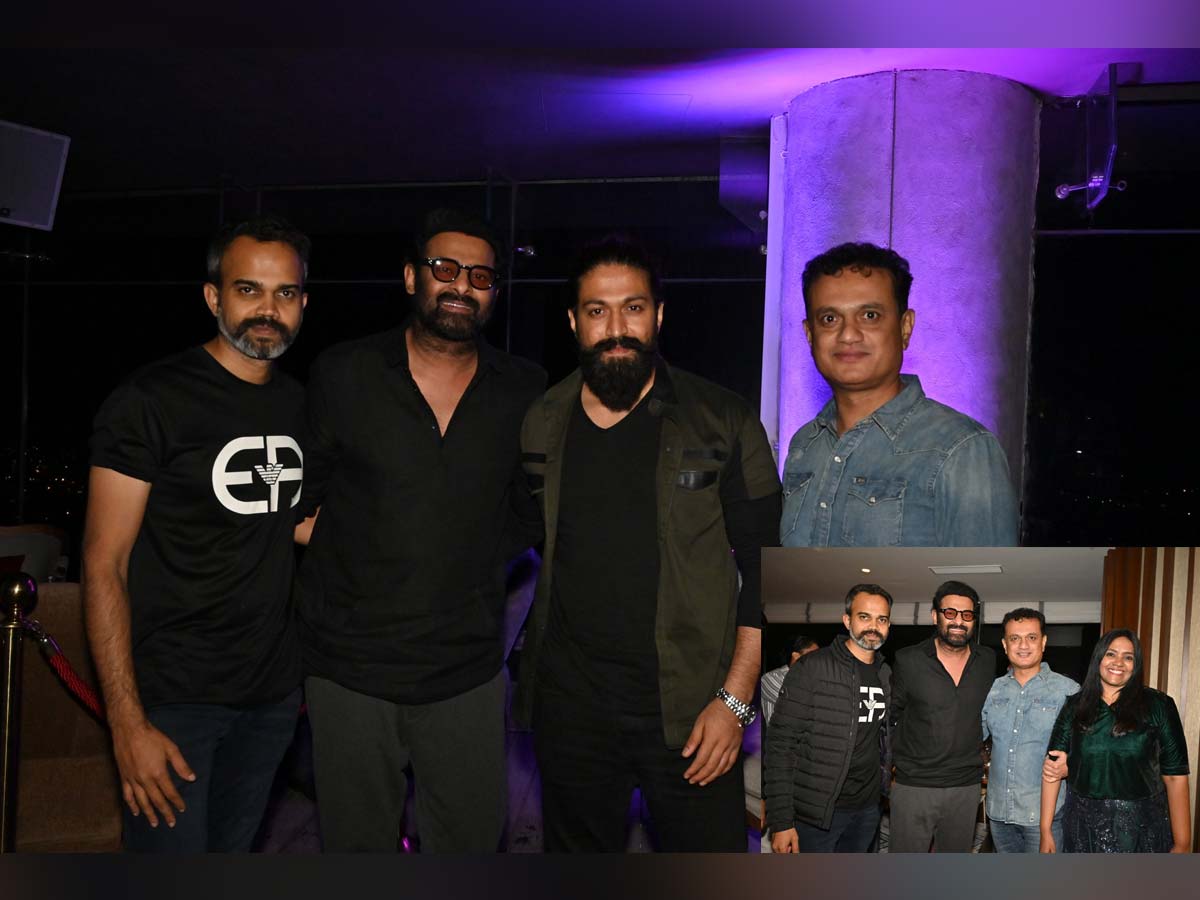 On the occasion of KGF fame  director Prashanth Neel‘s birthday, film celebrities and fans are wishing him on social media. Neel is currently enjoying the success of his recently released directorial venture KGF: Chapter 2  which has emerged a mega blockbuster at the box office and presently he has action thriller  Salaar with Prabhas and an untitled project with Jr NTR. Now according to the latest report, Prabhas headed to Bengaluru from Hyderabad to celebrate Neel’ birthday. Both the actors- Yash and Prabhas came together for the birthday celebration of Prashanth Neel.

The production house Hombale films confirmed the same by releasing the pics on social media and  wrote: The 2 dynamites of Indian cinema  Yash and Prabhas came together to celebrate the Showman’s Prashanth Neel birthday . A special gesture for the special one by Darling Prabhas, came all the way from Hyderabad to Bengaluru for the celebration!

It is known that Jr NTR will be collaborating with director Prashanth Neel on the tentatively titled NTR 31.